the son of later Generalleutnant Friedrich Guderian and Clara (born Kirchhoff), the parents had married on 06-10-1887 in Culm. His father and grandfathers were Prussian officers and he grew up in garrison towns surrounded by the military. In 1903, he left home and enrolled at a military cadet school. He was a capable student, although he performed poorly in his final exam. He entered the army as an officer cadet, together with his two years younger brother Fritz in February 1907 with the 10th Hanoverian Light Infantry Battalion, 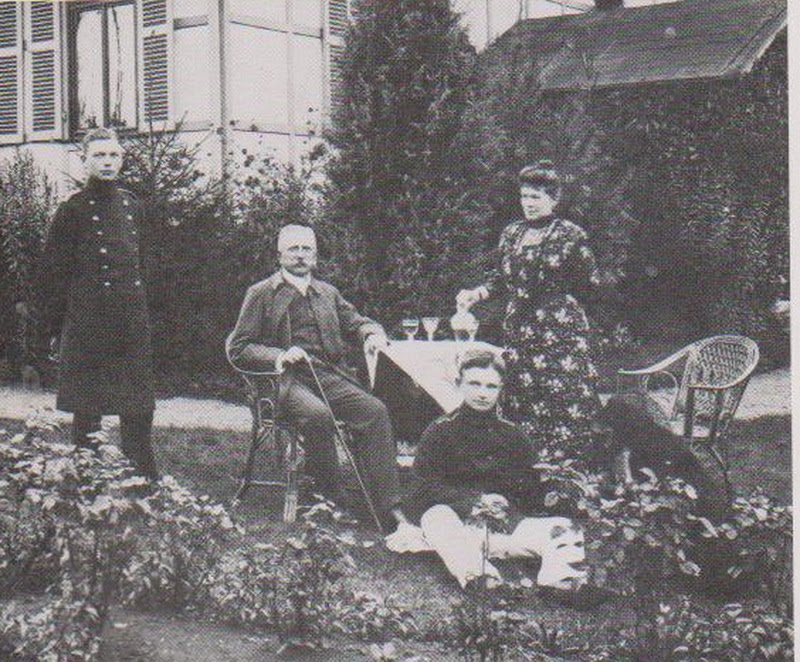 He on 01-10-1913 married Margarete Goerne who was the daughter of Generalarzt Ernst Goerne, who died age 65, had two sons, Heinz Günther

(born 17-09-1918) (. Both sons became highly decorated Wehrmacht officers during World War II, Heinz Günter became a Panzer Peneral in the Bundeswehr after the war. In 1911 Guderian joined the 3rd Telegraphen-Battalion of the Prussian Army Signal Corps. During World War I his father served as a Signals and General Staff officer. From 1914 to 1917, Heinz Guderian also served in Flanders and would have experienced the lack of mobility first hand that existed on the Western Front.  This allowed him to get an overall view of battlefield conditions. He often disagreed with his superiors and was transferred to the army intelligence department, where he remained until the end of the war. After the war, Guderian stayed in the reduced 100,000-man German Army, Reichswehr as a company commander in the 10th Jäger-Battalion. Heinz wrote many papers on mechanized warfare,

which were seen in the German Army as authoritative. These papers were based on extensive war gaming without troops, with paper tanks and finally with armored vehicles. In the Second World War, Guderian first served as the commander of the XIX Corps in the invasion of Poland. Generalfeldmarschall der Panzertruppe, Paul Ewald von Kleist

began the offensive on 09-05-1940. Following the Generalfeldmarschall der Infanterie, Erich von Manstein, Kleist’s troops attacked through the wooded hills of the Ardennes. Kleist wanted to move cautiously but General Heinz Guderian, who commanded the 1st,

, moved at great speed and crossed the Meuse near Sedan on 14th May. Kleist now ordered Guderian to halt until the arrival of Generalfeldmarschall der Infanterie, Wilhelm Sigimund List

and his 12th Army. Guderian disagreed with Kleist’s view that the panzers needed the support of the infantry. After a heated argument with Kleist, who had the support of his superiors, Generalfeldmarschall der Panzertruppe, Kommandeur Battle of the Bulge, Gerd von Rundstedt

on 17-05-1940, Guderian threatened to resign. Kleist responded by sacking Guderian. In 1941 he commanded Panzergruppe 2, also known as Panzergruppe Guderian, in Operation Barbarossa, the German invasion of the Soviet Union, receiving the 24th award of the Oak Leaves to his Knight’s Cross of the Iron Cross, together with Generaloberst der Infanterie, Franz Halder

protested against one of Hitler’s (see Alois Hitler)

decision and as a result lost the Führer’s confidence. In September 1942, when Erwin Rommel

was recuperating in Germany from health problems, he suggested Guderian to OKW as the only one who could replace him temporarily in Africa, the response of Hitler came in the same night: “Guderian is not accepted”. He lost the command of the 2nd Panzer Army to Generaloberst Rudolf Schmidt.

was Guderian given a new position. On 21-07-1944, after the failure of the July 20 Plot in which Guderian had no involvement, Guderian here with  Generalfeldmarschall der Panzertruppe Walter Model

was appointed Chief of Staff of the army, where he succeeded Kurt Zeitzler,

who had departed on 1 July after multiple conflicts with Adolf Hitler. As Generaloberst Erwin Jaenecke was made a scapegoat and retired as a from 30-01-1944. He was held responsible for the loss of the Crimea, arrested in Romania and court-martialed. Heinz Guderian was appointed as a special investigator in the case. Guderian proceeded slowly and eventually Jaenecke was quietly acquitted in June 1944. However, Guderian had a long series of violent rows with Adolf Hitler over the way in which Germany should handle the war on both fronts. Hitler (see Hitler Paula) 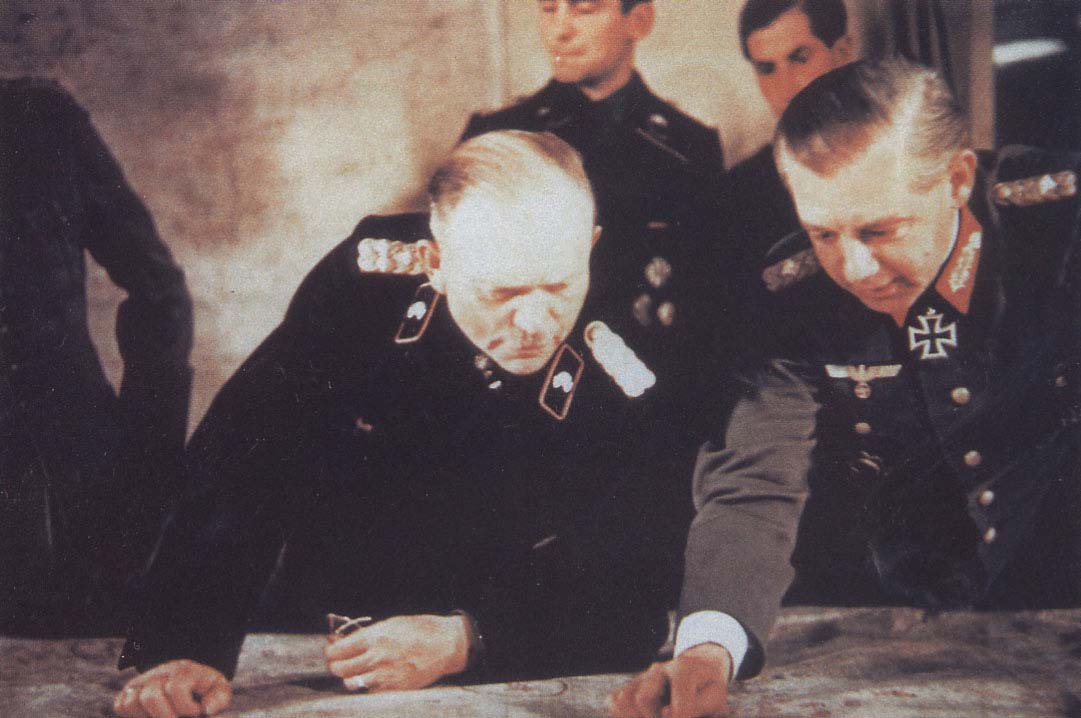 , ace remained loyal to Hitler and accepted his dismissal from the positions he held on 28-03-1945, when it was clear that he was incapable of preventing the Russians from occupying Berlin.

Together with his Panzer Staff, Guderian surrendered to American troops on 10-05-1945 and remained in U.S. custody as a prisoner of war until his release on 17-06-1948.

play cards until they are called to be witnesses at the International Military Tribunal trial of war criminals at Nuremberg.

Guderian died on 14-05-1954 at the age of 65, in Schwangau near Füssen, Bavaria and is buried with his wife Margarete Christine, born Goerne,

who died age 78 on 02-03-1972, in a family grave at the Friedhof Hildesheimer Strasse in Goslar. The had married on 06-10-1887 in Culm.  Next to their grave is the grave of SS Obergruppenführer, Reichsminister of Food and Agriculture, Richard Darré.