the son of Rosa Caroline (née Morrish, 1870–1956) and William Robert Ridley (1871–1931). He was an only child. His father owned a shoe shop, ran a boot and also worked as a gymnastics teacher, while his mother was a Sunday school teacher. He attended Clarendon School and Bath City Secondary School, where he was an avid sportsman. He then studied education at the University of Bristol and played Hamlet in a student theater production. Ridley did an internship as a teacher at a primary school in Bristol. He was a student teacher and had made his theatrical debut in Prunella at the Theatre Royal, Bristol when he volunteered for British Army service

in August 1914. He was rejected due to a toe injury, but in 1915 was able to enlist as a private in the Somerset Light Infantry

. He saw active service in the First World War, sustaining several serious injuries: his left hand was left virtually useless by injuries sustained on the Somme; his legs were riddled with shrapnel; he was bayoneted in the groin; and the legacy of a blow to the head by a German soldier’s rifle butt left him prone to blackouts. He was medically discharged from the army with the rank of Lance Corporal

Having unsuccessfully attempted to establish a film company between the wars, Ridley rejoined the army in 1939 with the rank of Major. He again saw active service with the British Expeditionary Force in France during the Second World War, but was discharged on health grounds, subsequently joining the Home Guard. After his medical discharge in 1916 he went into acting. In 1918, he joined Birmingham Repertory Theatre, staying for two years and playing 40 parts, before moving on to Plymouth, where he eventually had a break from the stage when his war injuries began to trouble him.The actor suffered nightmares over what he had experienced in two World Wars. During his time in military service in the Second World War he adapted the novel Peril at End House into a West End play that premiered in 1940. Agatha Christie

died old age 85, on 12-01-1976. Ridley’s post-war play, Beggar My Neighbour, was first performed in 1951 and adapted for the Ealing Comedy film Meet Mr. Lucifer. However he only became a household name after he was cast as Private Charles Godfrey, the gentle platoon medic in one of the British sitcoms, Dad’s Army, which series lasted seven years. 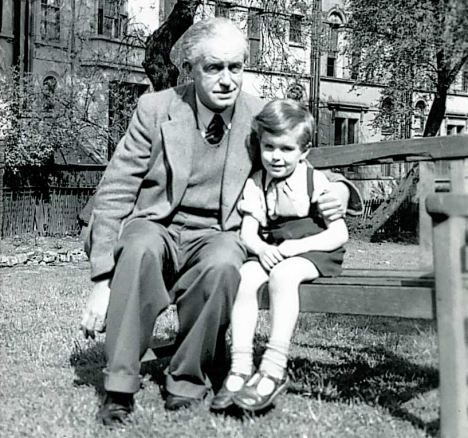 He continued to appear into his eighties and when 86 was appointed an OBE in the Queen’s New Year’s Honours List of 1982, for services to the theatre.He was married three times. Firstly from January 1926 to 1939, then a short marriage beginning in 1939 before his final marriage to actress Althea Parker (1911–2001)

on 03-10-1945; they had one son Nicolas, born 1947. He was a Freemason, and belonged to the Savage Club Lodge in London.The actress Daisy Ridley is his great niece. Althea died age 72, on 16-07-1990 and Arnold Ridley died in hospital in Northwood on 12-03-1984 at the age of 88 after falling at his residence in Denville Hall, a home for retired actors. He was cremated at the Golders Green Crematorium and his urn buried at his parents’ grave in Bath Abbey cemetery. 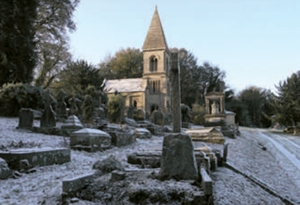