Generaloberst and commander of the II Panzer Army.

. As evangelistic scholar he visited the Humanistic Gymnasium and succeeded for his examination on 1906. He on 25-09-1906, age 20, he joined the 83rd Infantry Regiment „von Wittich“ 3. Kurhessisches

of the German Imperial Army in Kassel as an officer cadet. After a training for officer he on 27-01-1908 was promoted to Leutnant. With the start of the first war he served with the Telephone Department on the Eastern front. in April 1915 assigned as the leader of the Telephone Department of the 1st Landwehr and by the end of the war he was a Hauptmann on the General Staff.

He was then retained in the Reichswehr

On 01-06-1938 he was promoted to Generalleutnant. In 1939 General Schmidt led the new 1st Panzer Division in the invasion of Poland. On 01-02-1940 he was appointed Commanding General of the XXXIX Panzer Corps. He led this Corps in France and was awarded the Knight’s Cross of the Iron Cross

for his role in that campaign on 03-06-1940. He was succeeded by Generaloberst Hans Jùrgen von Arnim

on 11-11-1941. On 27-03-1945 the XXXIX Panzer Corps was thrown into a disastrous counter-attack to relieve the fortress of Küstrin, and was almost entirely destroyed. Schmidt appointed acting commander of the 2nd Army

which was involved in the Battle of Moscow.  In 1945 the army was redisgnated AOK Ostpreußen, under General der Panzertruppe Dietrich von Saucken

and was pivotal in the defense of East and West Prussia before finally surrendering on 09-05-1945. On 25-12-1941 he was appointed Commander of the 2nd Panzer Army, replacing the sacked General Heinz Wilhelm Guderian.

In January 1942 he was promoted to Generaloberst. Adolf Hitler held Schmidt in high regard, but on 10-04-1943 he was relieved of his command after the Gestapo

arrested his brother for spying for the French and found letters that General Schmidt had written in which he was highly critical of Hitler’s conduct of the war and the Nazi Party. He appeared before a court martial but was acquitted and transferred to the leadership reserve on 30-09-1943. He was never re-employed. His brother Hans-Thilo Schmidt 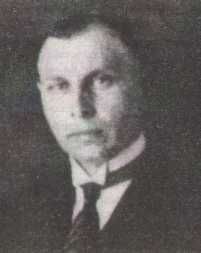 sold details of the Germans’ Enigma machine and other sensitive military information to the French Deuxieme Bureau from 1931 until the German invasion of France in 1940. After the Battle of France, the French agent who had been Schmidt’s case officer, a German citizen named Stallmann who went by the name “Rodolphe Lemoine” born Rudolf Stallmann (1871-1946)

and used the code name “Rex,” was arrested by the Gestapo and  betrayed Schmidt as a French spy. Hans-Thilo Schmidt was arrested on 01-04-1943, and in September 1943 his daughter Giselle was called on to identify his body; her account suggests that Schmidt may have committed suicide on 19-08-1943, age 50. In 1945 Rudolf Schmidt was captured by Soviet forces at his home in Weimar. He was sent as a prisoner of war to Russia and like other high-ranking German officers as General der Artillerie Walther Seydlitz-Kurzbach

was not released from captivity until 1955.

The damage to health suffered during years of imprisonment could no longer be remedied even by taking several courses. He was granted only one year in freedom when he died on 07-04-1957 “after a short” but serious illness “and was quietly laid to rest. He.died age 70 in Krefeld and is buried with his wife Friedel, born Leitholf on the Hauptfriedhof of Krefeld, Grabfeld W Nr. 50/51. Wolfgang Linke from Frankfurt am Main sent me kindly the grave pictures.