joined the Army Service as a Fahnenjunker, age 18, on 11-02-1915 and was in the fields of the first war as a Platoon and Company Leader and remained in the new 10 divisions Reichswehr

Commander of the 21st Luftwaffe Field Division to 24-10-1943, now a Generalmajor and landed in the infamous Führer Reserve OKL (see Adolf Hitler) ( Did you know) to 16-02-1944. Meanwhile a Generalleutnant he becomes the commander of the 3rd Paratrooper Division 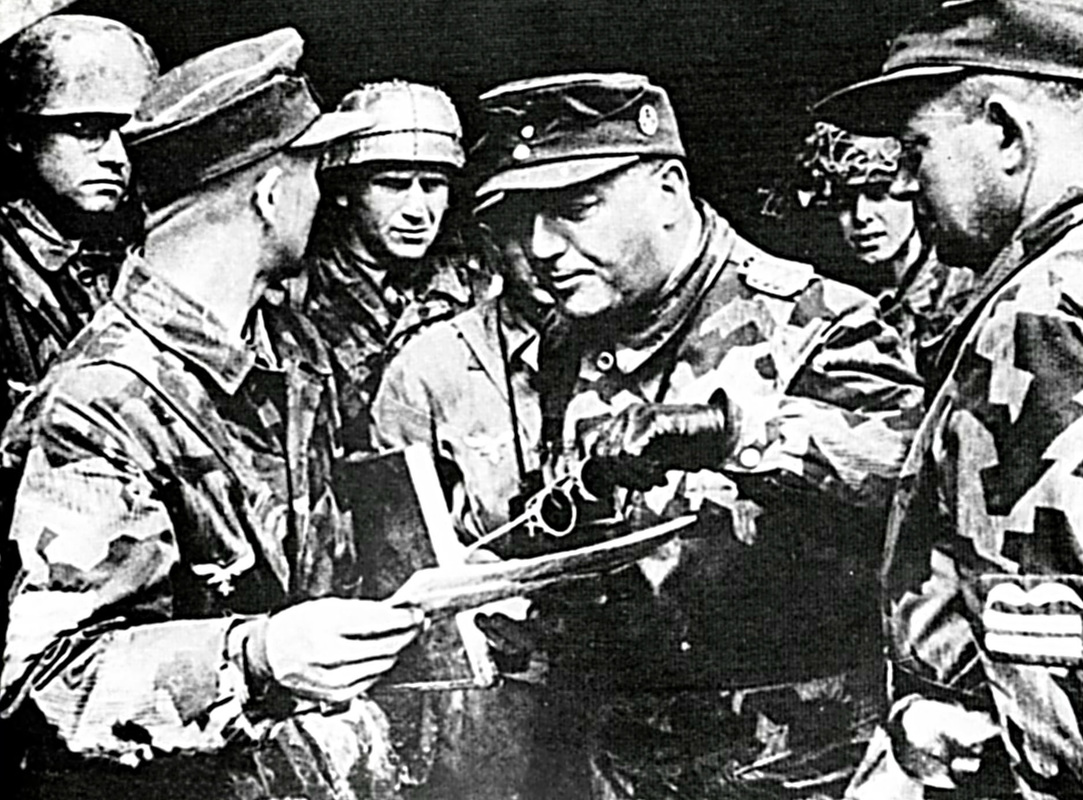 Living in Düsseldorf Schimpf died at the age of 57, on 30-12-1947 and is buried with his wife Hilde, born Othegraven, who died age 81, on 22-12-1990, on the Nordfriedhof of Düsseldorf. Also buried there are Hitler’s favorite architects, Hermann Giesler

and Paul Giesler and Arno Breker,

killed in Paris by the Jewish boy Grynspan