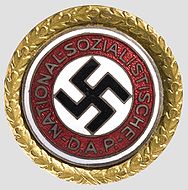 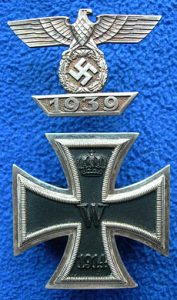 germanyGauleiter
Booking.com
Giesler, Paul, born 15-06-1895, in Siegen, was raised in victories in a long-established Protestant commune and family of notables, like his father. In August 1914, the Unterprimaner volunteered for the front and finished the war as a leutnant and Kompanieführer a guard pioneer battalion. Several times wounded

, he was awarded the Iron Cross

first and second class. Between 1919 and 1921, he attended the higher country building school in Darmstadt, the today’s University of applied sciences. From 1922 to 1933, he worked as an independent architect in Siegen. His younger brother architect Hermann Giesler

also studied architecture in Munich and was appointed Professor by Adolf Hitler (did you know). He had highlighted importance as a planner of Nazi prestigious buildings like the Ordensburg Sonthofen and entrusted by Hitler (see Hitler parents)

(see William Hitler) with the reorganization of the entire city of Linz.

, was next to Albert Speer

, one of the two court architect of Hitler’s, and was intended as an architect of his tomb. In 1919, Giesler joined the paramilitary Stahlhelm

under Franz Seldte, which he remained until 1927. In 1920 he was a member of belletristic order. From 1925 to 1927, he was a district leader of Siegen of war’s Association. Politically he organized first in the active people’s Party (DNVP)

. Giesler later claimed to be entered, having founded the SA in the Siegerland, and to have been active in 1924 as party speaker for the Nazi party 1922 the Nazi party. During the Night of the Long Knives, (see Ernst Julius Röhm)

he only narrowly missed being arrested and murdered. He served in the Poland and France campaigns. Only from August 1941 did Giesler once again take up important Party functions, at Martin Bormann’s

instigation, first becoming NSDAP Gauleiter of Westphalia-South in 1941, and then as of April 1942 Adolf Wagner’s,

he died of a stroke, age 53, on 12-04-1944, in Bad Reichenhall, successor as acting Gauleiter of Munich-Upper Bavaria. After Ludwig Siebert’s

death on 01-11-1942, age 68, he was also appointed acting Ministerpräsident of Bavaria. As the war continued, he took up more and more ministerial posts, especially after Wagner’s death. In Munich, Giesler was known for speaking out against higher education for women, provoking student walk-outs of his speeches. He was also known for the capture and defeat of the White Rose student resistance movement.

in Munich. He died old age 80, on 25-02-1996, in Munich. In Adolf Hitler’s will of 29-04-1945, Giesler was made Reich Minister for the Interior. He never had the chance to assume this latest post, though. As American troops approached, Giesler was reported to be planning the murder of the surviving inmates at Dachau concentration camp in March 1945. SS Obergruppenführer, police president of Munich during Kristallnacht, Karl Eberstein

claimed he was ordered to ‘use my influence with the commander of Dachau’ to have 25.000 prisoners shot when the US approached. Eberstein refused. Giesler said he would poison the prisoners. Eberstein claimed he stopped Giesler by getting an order from Heinrich Himmler

(Did you know) to simply surrender the camps. Giesler then fired Eberstein on April 20, on orders of Martin Bormann, for ‘defeatism’. Giesler was an unquestioning follower of Hitler, ruling efficiently and with almost unlimited power in the last war years in Bavaria. Giesler’s death is documented in the papers of the Catholic parish of Berchtesgaden for the 08-05-1945. The information to Giesler’s circumstances of death are contradictory and uncertain: he should have made an suicide attempt with the help of pills on 01-05-1945 along with his wife and his mother-in-law, who was unsuccessful.

The following day, in any case, Giesler shot his wife in a wooded area near the city of Hintersee. A second suicide attempt failed as he shot himself in the head, Giesler was brought village Stanggaß, near Berchtesgaden in a military hospital in the Bischofswieser, where he died a few days later. On 08-05-1945, Nazi capitulation day, Giesler had commited suicide, fearing capture by American troops. A local doctor practicing in Stanggass at that time, Dr. Gottschalk, certified Giesler’s death and he was buried in the cemetery in Berchtesgaden on 10-05- 1945. His remains were later disinterred and reburied elsewhere. Giesler was an unquestioning follower of Hitler, who ruled with ruthless efficiency and almost unlimited power in the last war years in Bavaria.
His brother Hermann fugitive from Munich with him was for killing crimes by a US-military court in the KZ Mühldorf trial in Dachau in 1947 sentenced to life imprisonment. In 1952, he was discharged prematurely. Hermann remained a Nazi until the end of his life. Paul Giesler and his wive are buried on the Alten Friedhof (Old Cemetery) of Berchtesgaden, alas their gravestone is removed, but their rests remained. On this cemetery are also buried the Chief of the Reichskanzlei, Dr. Hans Lammers

and Hitler’s mentor in the early years,