Parker, Edwin Pearson Jr., born 27-07-1891 in Wytheville, Virginia, served in the Panama Canal Zone. In the years between the wars he graduated from the Field Artillery School, the Command and General Staff College and the Army War College. He had a number of assignments with Reserve Officer Training Corps units at various universities and with the National Guard. He organized the 78th Infantry Division,

in 1942. The division was called the Lightning Division and had a white bolt of lightning on a red semicircle as its shoulder patch took part in the Battle of the Bulge in December 1944. World War II individual awards of the division: one Medal of Honor recipient, Jonah Edward “Eddie” Kelley

of the 311th Infantry. Kelley led a squad in repeated assaults on German-held buildings  in Kesternich, where he was killed age 21, on 31-01-1945: nine Distinguished Service Crosses; 599 Silver Star medals; 3.909 Bronze Star medals and 5.454 Purple Hearts. 1.368 officers and enlisted men had perished. Killed in action 1.427, wounded 6.103 and died of wounds 198. Later it captured a section of the Siegfried Line, a major German defensive system, crossed the Roer River on 28-02-1945 and joined the offensive towards the Rhine. In the course of this drive the 9th Armored Division, nickname “Phantom”

seized the Ludendorff Bridge at Remagen before the Germans could blow it up. Troops of the 78th Division were the first to cross after the 9th Armored Division, nickname “Old Reliables” and they expanded the bridgehead. The 9th had the next casualties, killed 4.581, wounded 16.961, missing 750 and captured 868, in 264 days of combat. Parker was assigned as Commanding General of XXIII Corps

in 1945. After the war, General Parker held a number of assignments in Germany and in Chicago, where he was Deputy Commander of the 6th Army and in Washington, where he was Provost Marshal General of the Army. 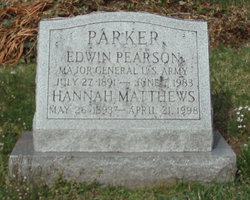