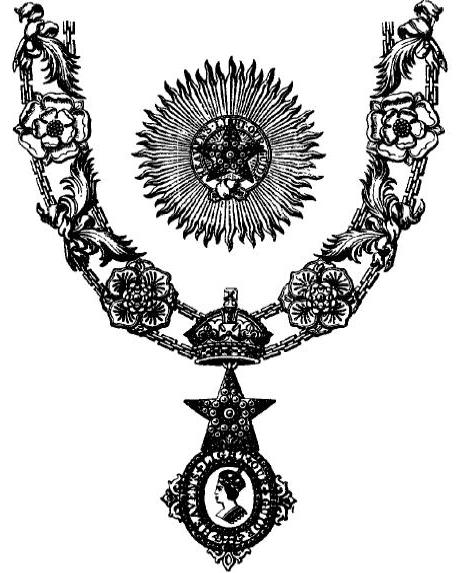 Mountbatten, Louis “Dickie”, born 25-06-1900 in Frogmore, was a British naval officer who oversaw the defeat of the Japanese offensive towards India during World War II. He was appointed the last viceroy of British India and first Governor General of independent India. A German aristocrat, as the son of Prince Louis of Battenberg and Princess Victoria of Hesse

, he also shared close links with the British royal family (his great grandmother was Queen Victoria

and he himself was uncle to Prince Philip). Mountbatten’s father was first sea lord at the outbreak of World War I, but anti-German feeling forced his resignation. In 1917, the family changed their name from Battenberg to the less-Germanic sounding Mountbatten. Mountbatten, known as ‘Dickie’ to family and close friends, was educated mainly at home until 1914 when he went to the Royal Naval College at Dartmouth

. He joined the Royal Navy

in 1916 and saw action in World War I, then briefly attended Cambridge University for a year after the war. Mountbatten spent the inter-war period pursuing his naval career, where he specialised in communications. In 1934, he received his first command on the destroyer, HMS ‘Daring’

. In June 1939, shortly before the outbreak of war, Mountbatten gained command of a flotilla of destroyers which saw considerable action in the Mediterranean. In May 1941, his ship HMS ‘Kelly’ was sunk

by German dive bombers off the coast of Crete with the loss of more than half the crew. In April 1942, Mountbatten was appointed chief of combined operations, with responsibility for the preparation of the eventual invasion of occupied Europe. In the meantime, he organised raids against Europe’s coastline, overseeing the disastrous Dieppe raid of August 1942.

, a position he held until 1946. Working with General William Slim, Slim died age 79, on 14-12-1970, in London. Mountbatten achieved the defeat of the Japanese offensive towards India and the recon quest of Burma. In September 1945, he received the Japanese surrender at Singapore. In March 1947, Mountbatten became viceroy of India with a mandate to oversee the British withdrawal. He established good relations with leading politicians, particularly with Jawaharlal Nehru

, but was unable to persuade the Muslim leader Mohammad Ali Jinnah

of the benefits of a united, independent India. Mountbatten soon gave up hope of a united country and on 14-15 August 1947, British India was partitioned into the new states of India and Pakistan. This resulted in widespread inter-communal violence, particularly in the Punjab, which now sat in East India, and West Pakistan. There were huge population movements as 3.5 million Hindus and Sikhs fled from the areas that had become Pakistan and around five million Muslims migrated to Pakistan. Mountbatten remained as interim Governor-General of India until June 1948. For his services during the war and in India he was created viscount in 1946 and Earl Mountbatten of Burma the following year. In 1953, Mountbatten returned to the Royal Navy, becoming commander of a new NATO Mediterranean command. Then in 1954 he was appointed first sea lord, a position which had been held by his father more than 40 years before. Finally, in 1959, he became chief of the defence staff, then in 1965 he retired from the navy. Dickie Mountbatten was married on 18-7-1922 to Edwina Cynthia Ashley,

daughter of Wilfried William Ashley, himself a grandson of the 7th Earl of Shaftesbury. She was the favourite granddaughter of the Edwardian magnate Sir Ernest Cassel and the principal heir to his fortune. There followed a glamorous honeymoon tour of European courts and America which included a visit to Niagra Falls, because “all honeymooners went there”. Mountbatten admitted “Edwina and I spent all our married lives getting into other people’s beds.” The biography of Labour MP Tom Driberg, written by Francis Wheen, claims that — like Driberg — Mountbatten had “a sexual preference for men”. Lord and Lady Mountbatten had two daughters: Patricia, Countess of Burma, born 14–02-1924, sometime lady-in-waiting to the Queen, and Pamela Carmen, born 19-04-1929), who accompanied them to India in 1947-48 and was also sometime lady-in-waiting to the Queen.

On 27-08-1979, age 79, Mountbatten was murdered when IRA terrorists blew up his boat off the coast of County Sligo, Ireland, near his family holiday home at Classiebawn Castle. 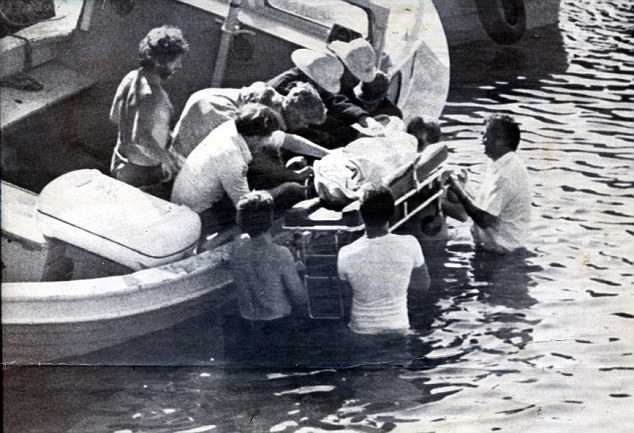 were also killed.
Mountbatten’s funeral took place in Westminster Abbey and Dickie was buried at Romsey Abbey, near Broadlands. On the day of the bombing, the IRA also ambushed and killed eighteen British Army soldiers, sixteen of them from the Parachute Regiment at Warrenpoint, County Down, in what became known as the Warrenpoint ambush 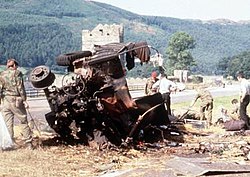 Thomas McMahon, who had been arrested two hours before the bomb detonated at a Garda checkpoint between Longford and Granard on suspicion of driving a stolen vehicle, was tried for the assassinations in the Republic of Ireland, and convicted by forensic evidence supplied by Dr. James O’Donovan that showed flecks of paint from the boat and traces of nitroglycerin on his clothes. On 23-11-1979 Thomas “Tommy” Mcmahon

was convicted of murder based on forensic evidence collected by Dr. James O’Donovan, for his part in the bombing. He was released in 1998 already under the terms of the Good Friday Agreement. His wife has stated “Tommy never talks about Mountbatten, only the boys who died. He does have genuine remorse. Oh God yes. 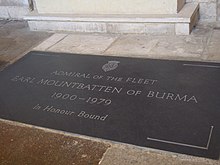 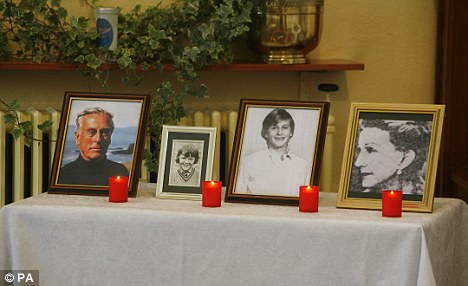 Koch, Ilse-Kohler, “The Bitch of Buchenwald”.