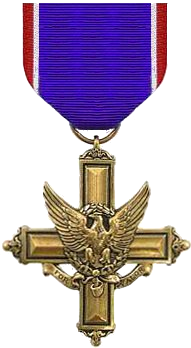 Leonard, John William, born 1890, in Toledo, Ohio, as a son of Dennis and Anastasia Leonard, one year after Adolf Hitler (did you know) was a U.S Army Lieutenant General who served during World War II and the Korean War. He graduated from the US Military Academy

in 1915, as part of ” the class the stars felt on”. Leonard was instructor to the Maryland National guard from 1936 until 1940. He was attached to the 2nd Division before becoming a member of the planning mission to brasil. In 1942 Leonard was appointed to commander of the 6th Armored Infantry Regiment, nicknamed “Regulars”

. The 20th Armored Division departed Boston on 5 February and arrived at Le Havre, France, 18-02-1945. On its arrival, SHAEF discovered that the division required an unprecedented amount of additional training before being ready for combat. It was sent to Buchy for a month of training before being deemed acceptable for combat duty. It then moved through, Belgium to Langendernbach, Germany, 10 April. After giving serious thought to breaking up the new division to provide replacements for the veteran armored divisions under his 12th U.S. Army Group

sent the unit to Marktbreit, where the division was attached to the III corps; 20 April. Three days later, it was detached and reassigned to the XV Corps, Seventh Army

, at Würzburg, Germany. During the period between the wars, he served as commandant of the Armor school from 1946, and as military attaché in the United Kingdom from 1948. In 1950 he was promoted to Lieutenant General and commanded both the V Corps and XVIII Airborne Corps.

He retired from the Army in 1952. John William Leonard died at the old age of 84 in Charlotte Hall, Maryland and was buried with his wife Eileen, born O’Brien, who died very old age 99 in 1990, on Arlington National Cemetery.