during the St. Mihiel offensive and as a colonel, he later served with the III Corps

throughout the Meuse-Argonne Offensive.
Following the war, he returned to his Regular Army rank of Captain of Cavalry  and became an instructor at the General Staff School

and the Army School of the Line at Fort Leavenworth. During the 1920s, he helped develop the armor concepts and doctrine of the future. He predicted in 1927 that mechanized armies would dominate the next war and assisted in the first program for the development of a U.S. Army armored force

. Assigned to the 1st Cavalry Division

in 1931, he continued to develop and experiment with armored forces, thus becoming the leading American advocate of mechanized warfare.
In 1938, he assumed command of the reorganized 7th Cavalry Brigade

, the Army’s only armored force. Chaffee battled continuously during the prewar years for suitable equipment and for establishment of armored divisions. With the collapse of the French Army

in June 1940, Chaffee’s 1927 predictions of the importance of armored forces in modern warfare were confirmed. Chaffee was named commander of the Armoured Force on 10-06-1940, with responsibility for all infantry tank and mechanized cavalry units, as well as supporting artillery, motorized infantry and engineer units. The 1st  Division’s casualties during the European campaign included: KIA, killed in action: 1.194, WIA, wounded in action: 5.168, DOW, died of wounds: 234. Chaffee also created 2nd Armoured Division

and was promoted to Major General on 02-10-1940. In 238 battle days the 2nd Armored suffered 7.348 casualties, including 1.160 killed in action. The division was recognized for distinguished service and bravery with 9.369 individual awards, including two Medals of Honor

; among those receiving the silver star was Douglas MacArthur. The division was twice cited by the Belgian Government and division soldiers for the next 50 years proudly wore the fourragere of the Belgian Croix de Guerre.

However, at the height of his career and on the eve of war, Chaffee succumbed to cancer, dying the summer before Pearl Harbour

, at the age of 56, on 22-08-1941.
He is buried with his wife Ethel, born Hufe, who died age 57 in 1945, on Arlington Cemetery in Section 3. Close by the graves of the Lieutenant General,  Commander, G1 (Personnel) Section, Headquarters SHAEF, Charles Bonesteel, Commander of the 25th Infantry Division “Tropic Lightning” 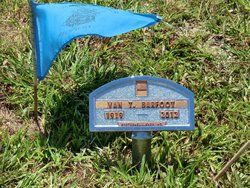 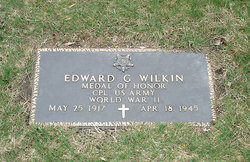