son of Adisson James Beebe and Ida Elizabeth Hamblin, commissioned in the Coast Artillery Corps, Oregon National Guard in 1916. Served during the first war, with the 30th Infantry in the AEF, participating in the Aisne, Champagne-Marne, Aisne-Marne, St. Mihiel and Meuse-Argonne offensives. The 30th Infantry

was  in originally activated in 1917 and nicknamed the “Old Hickory” division, in honor of President Andrew Jackson

. The Germans nicknamed this division “Roosevelt’s SS.”. During the terrific artillery bombardment of the German offensive of 15-07-1918, Captain Beebe carried a wounded man 300 yards to a dressing station. In order to maintain the liaison Captain Beebe made repeated trips through the heavy shelling, repairing the wires, and re-establishing communication.He survived the war and was assigned as instructor at the Infantry School from 1927 until 1930. He was professor of Military Science and Tactics at Shattuck School (Minnesota) from 1932 until 1938. Graduated from the Army War College in 1939. In the Philippines as a battalion commander, Staff Officer at the Philippine Department, Assistant Chief of Staff of U.S. Forces under General Jonathan Skinny Wainwright from 1940 until 1942. Promoted to Brigadier General in March 1942. Taken Prisoner of War on 06-05-1942 as Chief of Staff, 4th Army

under General John Lesesne De Witt and liberated 27-08-1945. The 4th  United States Army had 22.600 casualties in 299 days of combat. It remained in the Continental United States during World War II, largely responsible for the defense of the West Coast while training tactical units to operate efficiently in combat when allocated to the various battlefront field armies of the United States. Lewis became the Commandant of Warzburg, Germany after the war from 1948 until 1950. Lewis Beebe retired from the Service in September 1950. He was decorations included the Distinguished Service Cross

. Beebe was married, first time with Beatrice Butler in 1917 in Eugene, Oregon. He married second time with Dorothy McRae on 26-12-1924, in Fort Hayes. 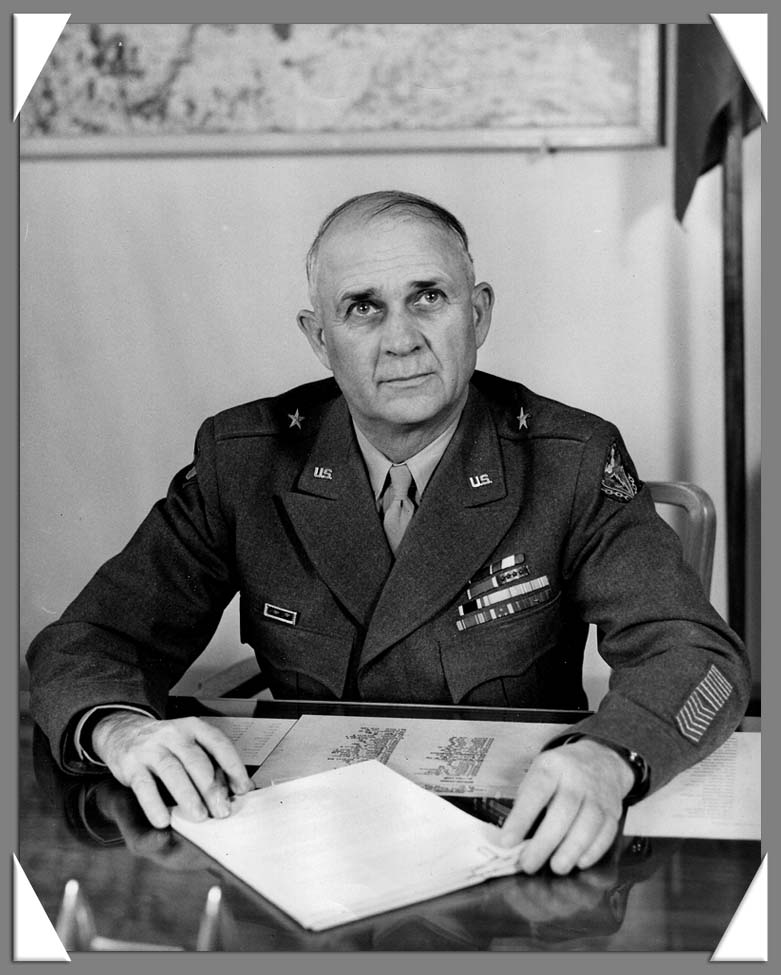 , Daniel Gallery. Commander of the 505 was Oberleutnant of the Sea, Harald Lange

, When the boat was attacked by the USS Guadalcanal hunter-killer group on 04-06-1944 the boat was in a very bad position, low on electricity and the odds were very much against her. Lange did well in saving all but one of his crew – although the capture of the boat was not ideal of course. Harald Lange died age 63, on 03-03-1967. Also buried here are the Lieutenant General, Quartermaster U.S. Army, Thomas Larkin