Rice, John Kirkland, born 16-05-1896, was a United States Army officer. He married Luxcy Cord Kemper in 1904 and enlisted in 1916 and rose to rank of sergeant on the Mexican border with Company E, 1st Infantry Regiment, Minnesota National Guard

. He was commissioned a 2nd lieutenant in October 1917 and assigned to the 36th Infantry Regiment. Rice was promoted to 1st lieutenant in November 1917 and assigned to 5th Infantry Regiment and sailed with them to Germany in 1919 and joined the American Forces in Germany in October 1919. Rice was promoted to captain in July 1920 and returned to the U.S. in 1922 to become a company commander in the 5th Infantry Regiment until 1924. Captain Rice married Lucy Kemper on 23-01-1923. He was a student and instructor at the Infantry School from 1924 to 1930 and an assistant professor of military science at Lehigh University, 1930-1935. After promotion to major in August 1935, he was assigned to the Washington Provisional Brigade, 1936-1939 and became the commanding officer of the 2nd  Battalion, 27th Infantry Regiment, nickname “Wolfhounds”

,as part of the 25th Infantry Division, nickname “Tropic Lightning” during World War II from 1939-1941. The 27th fought in the last days of the New Georgia Campaign on the right flank on the advance on Munda, Solomon Islands, later during the Battle of Luzon and the ensuing occupation of Japan, the 27th Infantry Regiment earned the nickname “Gentle Wolfhounds” for their loving support of the Holy Family Orphanage. From 1942 to 1943 Rice had assistant command assignments with the 38th, nickname “Rock of the Marne”

under General Courtney Hicks Hodges and the 9th 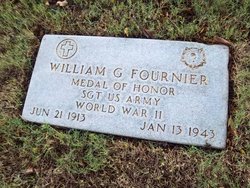 Fournier Fournier refused an order to withdraw after many men in his unit had been killed or wounded and was badly wounded and died three days later age 29 on 13-01-1943 and was buried at the National Memorial Cemetery of the Pacific in Honolulu, Hawaii. His partner was Technician Fifth Grade Lewis R. Hall

who did the same and stayed behind to man a machine gun. Hall was killed at the gun aged 47 and buried in Glen Rest Memorial Estate, Reynoldsburg, Ohio. and Charles L. McGaha.

McGaha repeatedly exposed himself to enemy fire in order to aid wounded soldiers, led his platoon after the platoon leader was wounded, and deliberately drew Japenese fire onto himself so that others could escape to safety. He died 08-08-1984 at age 70, after being stabbed in an apparent robbery attempt in Columbus, GA, and was buried in Union Cemetery, Newport, TN. After the war Rice had command assignments at Camp McCoy, Wisconsin

, with the 12th Infantry Division  in the Philippines; with the Counter Intelligence Corps at Fort Holabird, Maryland; and as Chief of the Military Assistance Advisory Group (MAAG), Italy. 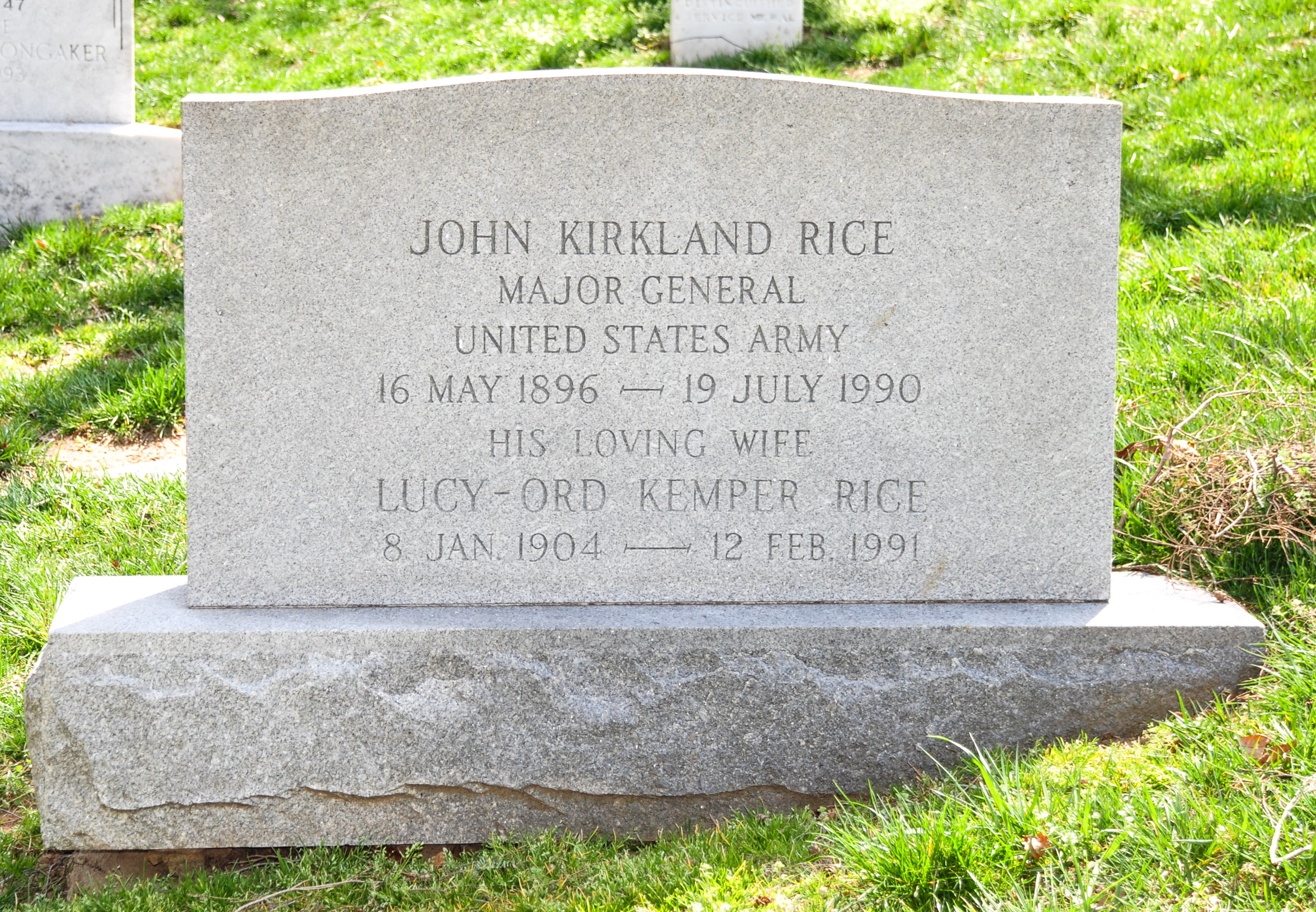