germanyWehrmachtGeneralarzt
Attig, Dr. Rudolf, born on 14-04-1893 in Giessen, Lahn, entered the Army Service at 08-08-1914. He served in the Medical Staff at Berlin, Medical Battalion 3. Josef Goebbels (did you know) was the Gauleiter of Berlin. In the Führer Reserve (see Adolf Hitler) (did you know) (see William Hitler) (see Hitler parents) of the Army High Command on 22-01-1943. 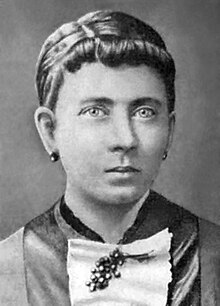 As a the Führerreserve (“Officers Reserve”) was set up in 1939 as a pool of temporarily unoccupied high military officers waiting for new assignments in the German Armed Forces during World War II. The various military branches and army groups each had their own pool which they could use as they saw fit. The officers were required to remain at their assigned stations and be available to their superiors, but could not exercise any command function, which was equivalent to a temporary retirement while retaining their previous income. Especially in the second half of the war, more and more politically problematic, troublesome, or militarily incompetent officers were assigned to the Führerreserve. Army Doctor of the 10th Army Corps, under General der Infanterie, Paul Laux

Dr. Rudolf Attig lived, after his release, in Bremen, where he, at the old age of 86 died, on 27-01-1981. He is buried on the cemetery of Riensberg in Bremen, close near the grave of Stalingrad, famous, General der Artillerie,  member “Nationalsozialistischen Deutschland“, Walter Seydlitz-Kurzbach

Also close by the graves of, U boat 521 capitän, Klaus Bargsten The 521 was built by the Deutsche Werft yard at Finkenwerder, Hamburg with yardnumber 336. Commissioned in June 1942, she was commanded by Kapitänleutnant Klaus Bargsten. The U-boat was assigned to the 4th U-boat Flotilla under Fregattenkapitan, Fritz Frauenheim