General of the Infantry, Commander of the 16th Army. 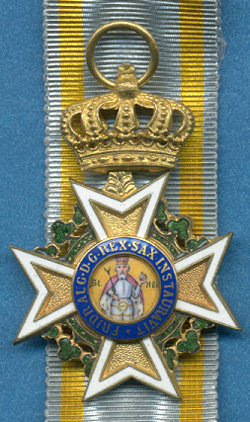 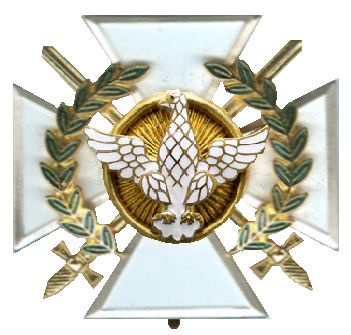 entered the Army Service on 20-02-1907, as a Fahnenjunker with the 10th Königliche Sächsisches Infantry Regiment 134 in Plauen

, age 19 and promoted to Leutnant on 14-08-1908. With the start of the first war he was a battalion adjutant in his Regiment and promoted to Oberleutnant on 28-11-1914, age 27. He became a Hauptmann on 01-08-1916 and in the General Staff and not only awarded with the Iron Cross of the Königlich Sächsischen Military St. Heinrichs

decoration aswel both the Iron Crosses and some more decorations. Accepted in the new Reichswehr as a General Staff Officer with the Commander of the 19th Reichswehr Brigade. Transferred to the Staff of the Artillerieführer IV in Dresden, for three years. Then for four years transferred to the 4th Division of the Reichswehr in Dresden on 01-10-1927 and promoted to Major from 01-04-1939, Oberstleutnant on 01-08-1933 and Oberst on 01-07-1935 with the 19th Infantry Division

, With the mobilisation for World War II he was commander of the 10th Infantry Division

and with the start of WWII assigned as Quarter Master of the 1st Army under Generalfeldmarschall Erwin von Witzleben,

Erwin von Witzleben, a leading conspirator in the 20 July plot, was designated to become commander-in-chief of the Wehrmacht armed forces in a post-Nazi regime, but was put to death that same day at Plötzensee Prison in Berlin, age 62, on 08-08-1944.

He was hanged on thin (possibly piano) wire attached to a meat hook, and the execution was filmed for Hitler and he watched these tortures. The 10th was involved in the Poland and France invasion in September 1939 and May 1940. In August 1944 the division was destroyed in the Battle of Kiev and ensuing defensive actions. It was partially reconstituted in Germany in October, and sent back to the front as an understrength Kampfgruppe, “battlegroup”. It was destroyed again in Poland in January 1945 and again partially reconstituted in February. The division finally surrendered to the Soviets in Czechoslovakia at the end of the war. Elements of the division took part in atrocities against the civilian population during the invasion of Poland. Together with elements of the 17th Infantry Division

. Herbert Loch died old age 90 on 28-10-1976 in Landau. On 05-10-1940 Laux lost his position as Quarter Master and appointed as commander of the new 126th Infantry Division and promoted to Generalleutnant on 01-01-1941. He led his division on the Eastern Front in the North of Russia and for his excellent leading awarded with the Knight Cross of the Iron Cross on 14-12-1941. He was the leader of the “Corps Laux” from 10-10-1942 and assigned as commander of the II Army Corps where he succeeded General der Panzertruppe, Otto von Knobelsdorf

19-02-1944, the Soviet 2nd Baltic Front launched a fresh set of attacks against the German 16th Army around Kholm. The Soviet 22nd Army good progress in the initial assault. These attacks greatly diminished the 16th Army. It, along with the 18th Army was cut off in the Courtland Peninsula when the Soviets launched their summer and autumn offensives of 1944. It stayed trapped there until the end of the war. After the war, 250.000 German troops trapped in the Courtland Pocket

were marched into captivity, many were never heard from again. On 29-08-1944 Paul Laux crashed during a reconnaissance flight.