under Generaloberst Friedrich Dollmann,  and the Fifth Panzer Army, under General of Panzer Troops Heinrich Eberbach formerly Panzergruppe West were encircled by the Western Allies. The battle is also referred to as the Battle of the Falaise Gap, after the corridor which the Germans sought to maintain to allow their escape and is sometimes referred to as the Chambois Pocket, the Falaise-Chambois Pocket, the Argentan–Falaise Pocket or the Trun–Chambois Gap.

The battle resulted in the destruction of most of Army Group B west of the Seine river, which opened the way to Paris and the German border for the Allied armies. 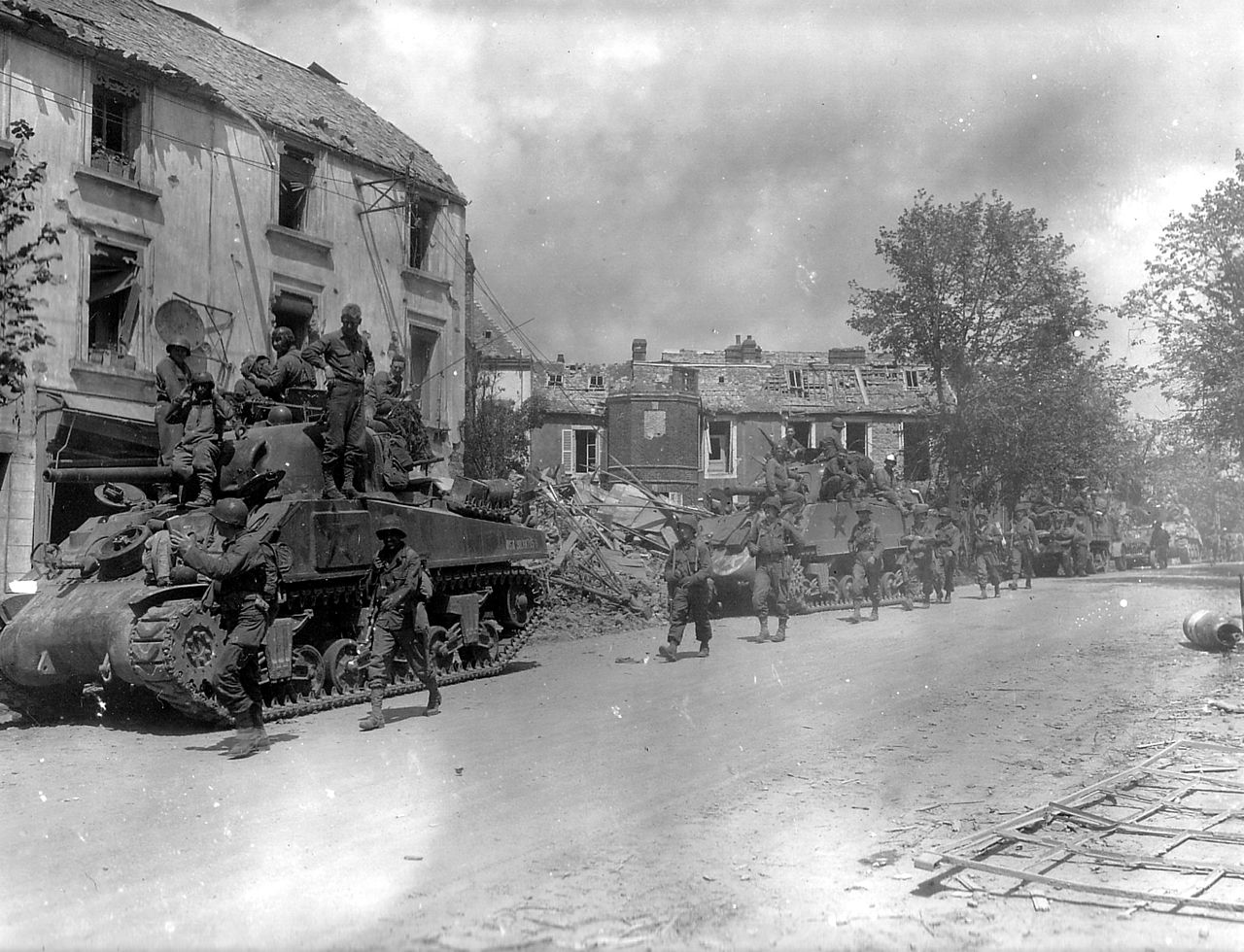 , the American breakout from the Normandy beachhead, rapid advances were made to the south and south-east by the Third US Army

under the command of General George Smith Patton. Despite lacking the resources to defeat the U.S. breakthrough and simultaneous British and Canadian offensives south of Caumont and Caen, Field Marshal Günther von Kluge, the commander of Army Group B, was not permitted by Adolf Hitler to withdraw but was ordered to conduct a counter-offensive at Mortain against the U.S. breakthrough. Four depleted panzer divisions were not enough to defeat the First U.S Army

. Operation Lüttwitz  was a disaster, which drove the Germans deeper into the Allied envelopment.

the base and the First Canadian Army

the northern arm of the encirclement. The Germans began to withdraw on 17 August and on 19 August, the Allies linked up in Chambois. Gaps were forced in the Allied lines by German counter-attacks, the biggest being a corridor forced past the 1st Polish Armoured Division

on Hill 262, a commanding position at the mouth of the pocket. By the evening of 21 August, the pocket had been sealed, with c. 50.000 Germans trapped inside. Many Germans escaped but losses in men and equipment were huge. Two days later the Allied Liberation of Paris 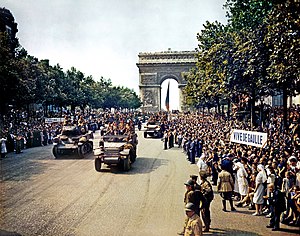 was completed and on 30 August, the remnants of Army Group B retreated across the Seine, which ended Operation Overlord.

More than forty German divisions were destroyed during the Battle of Normandy. No exact figures are available but historians estimate that the battle cost the German forces c. 450.000 men, of whom 240.000 were killed or wounded. The Allies had achieved victory at a cost of 209.672 casualties among the ground forces, including 36.976 killed and 19.221 missing. The Allied air forces lost 16.714 airmen killed or missing in connection with Operation Overlord 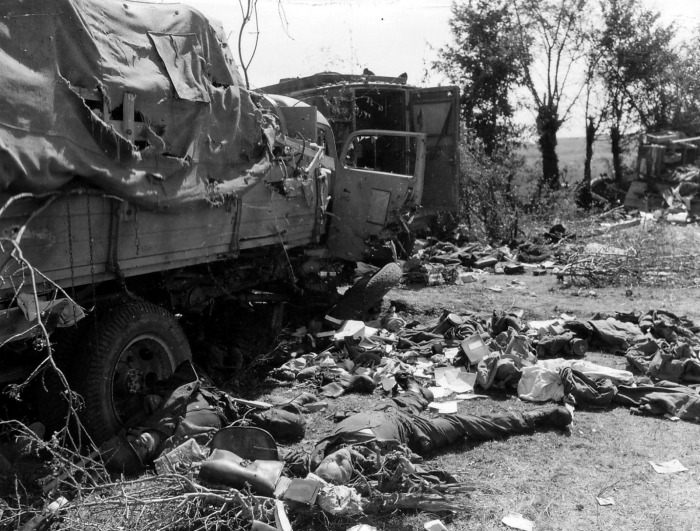 The battle of Iwo Jima, the most bloodiest battle for the U.S Forces in WW2.