A German diplomat who served as the last German ambassador to the Soviet Union before Operation Barbarossa. He joined the conspiracy against Adolf Hitler.

At the Plötzensee prison, Berlin, cemetery, in an anonymous grave like all Plötzensee Nazi victims. Friedrich-Olbricht-Damm 16, 13627 Berlin. 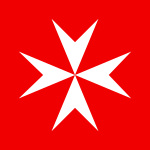 Germany, in the Prussian Province of Saxony, to Count Bernhard Friedrich Wilhelm von der Schulenburg, he was from the Brandenburgish Schulenburg family, which was part of the Uradel (or old nobility). Friedrich-Werner was distantly related to the 17th-Century Saxon Generalfeldmarschall Count Johann Matthias von der Schulenburg

and was a cousin to Friedrich Graf von der Schulenburg. After one year serving in the army, he studied law in Lausanne, Munich, and Berlin, and in 1901 joined the Foreign Office’s consular service as a junior civil servant (Assessor). By 1903, he had been appointed as vice-consul at Germany’s consulate general in Barcelona, and in the years that followed he found himself working at consulates in Lemberg, Prague, Warsaw, and Tbilisi.

With the outbreak of the First World War in 1914, Schulenburg returned to the military, and after the First Battle of the Marne was promoted to Hauptmann in October 1914 and put in charge of an artillery battery. In 1915, he was posted as German liaison officer to the Ottoman Army on the Armenian Front. In October 1915, he arrived in Erzurum and succeed Max Scheubner-Richter

as the German Vice Consul. In 1916, he took over the command of the Georgian Legion in the struggle against the Russian Empire, until its collapse in 1917. During his time in the military, he received the Iron Cross

and some high Ottoman honours. After the German Empire’s collapse, he was captured by the British and interned on the Mediterranean island of Prinkipo (now called Büyükada), returning to Germany in 1919. Schulenburg was then reinstated in the Foreign Office Service and became German consul in Beirut.

Schulenburg served as the German ambassador to Iran from 1922 until 1931, when his visit to the ancient monuments at Persepolis resulted in his name being engraved at the Gate of All Nations. From 1931 until 1934 he served as the German ambassador to Romania, before being posted to Moscow as the last German envoy to the Soviet Union before the invasion of that country by Germany in 1941.

In the 1930s, Schulenburg acquired the Burg Falkenberg,

a castle in the Upper Palatinate. He had it converted and renovated to serve as a home for his retirement. This monumental work was undertaken between 1936 and 1939.

After the First World War, Schulenburg got his diplomatic career going again, becoming, among other things, an envoy to Tehran and Bucharest. In 1934, he was appointed German ambassador to the Soviet Union. Schulenburg favoured an agreement between Germany and the Soviet Union, and was instrumental in bringing about the German-Soviet Non-Aggression Pact of August 1939. After the Soviet invasion of Poland, despite the state of war between Germany and Poland, he used his position as the most senior ambassador in Moscow to allow Polish diplomats (including ambassador Wacław Grzybowski) to leave the Soviet Union, when the Soviets tried to arrest them.

Schulenburg was kept in the dark about Germany’s planned invasion of the Soviet Union. He only knew for certain that the invasion was taking place a few hours before it was launched, when Foreign Minister Joachim von Ribbentrop 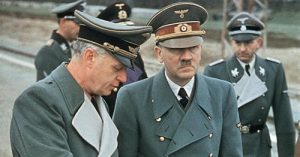 justifying the invasion. He did, however, get suspicions of what his government was planning to do in the spring of 1941. To the last, he tried to thwart any talk of invasion by such means as hinting at the Soviet Union’s military strength and the unassailability of its industrial reserves. He is quoted as having said to Molotov on the morning of the attack: “For the last six years I’ve personally tried to do everything I could to encourage friendship between the Soviet Union and Germany. But you can’t stand in the way of destiny.”  A few weeks before the invasion, Schulenberg tried to warn the Soviet Ambassador to Germany Vladimir Dekanozov

of his suspicions, but Dekanozov dismissed the evidence of military preparations as false British propaganda.

After the German invasion began on 22-06-1941, Schulenburg was interned by the Soviets for a few weeks, then was transferred to the Soviet-Turkish border for repatriation. Thereafter, Schulenburg was assigned as leader of the Russia Committee, a Foreign Office post with no political influence that neutralized him.

He later joined the conspiracy to overthrow Hitler in the hope of reaching a quick peace agreement in the east. He was ready and willing to negotiate even with Joseph Stalin

on behalf of the plotters. Had they been successful in overthrowing Adolf Hitler, Schulenburg would have been a high-ranking official in the Foreign Office; some sources had him listed as foreign minister. After the failure of the attempt on Hitler’s life on 20 July 1944, Schulenburg was arrested and charged with high treason. On 23-10-1944, the Volksgerichtshof (“People’s Court”) under jurist Roland Freisler

sentenced him to death, 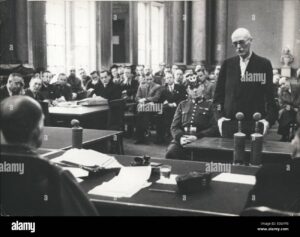 and he was hanged on 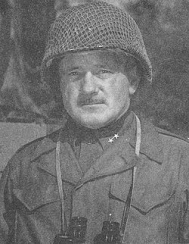 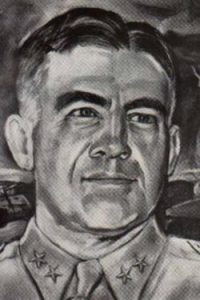