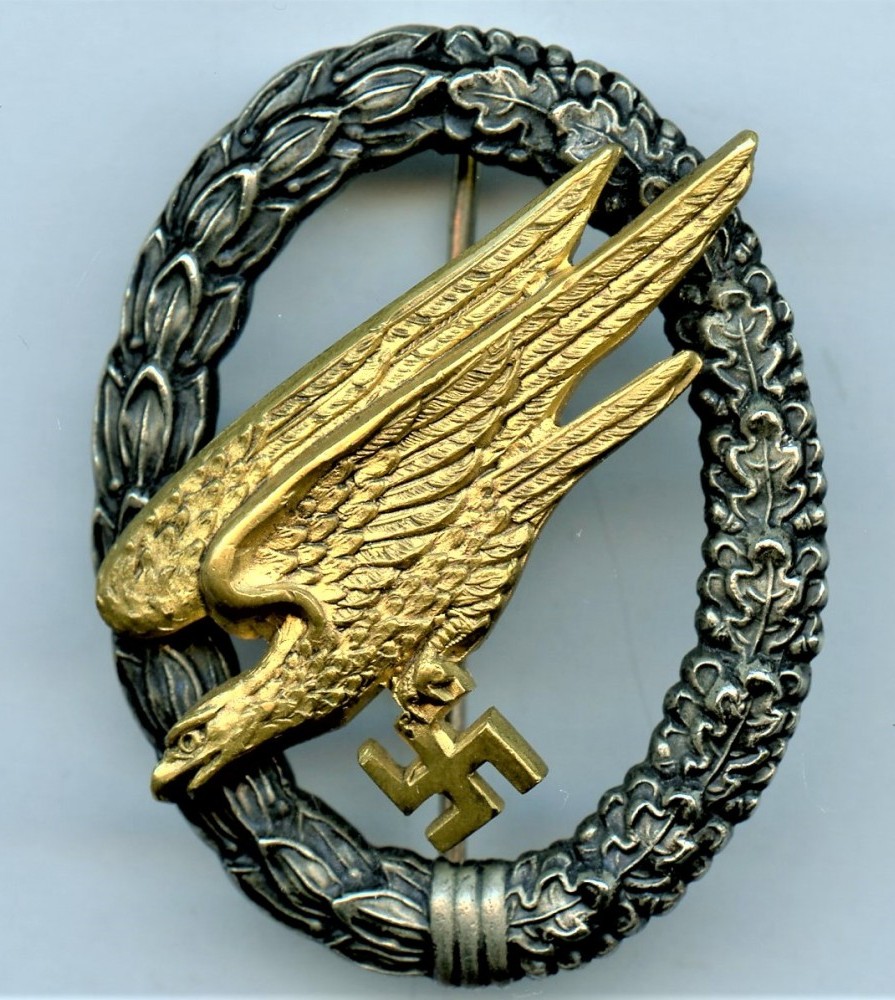 the son of the ship’s navigator Max Schmeling and his wife Amanda, born Fuchs Schmeling. He had an older brother, Rudolf, born in 1902 and a younger sister, Edith, born in 1913. Boxing was virtually unknown in Germany at the time, but Schmeling’s father had seen the sport in his travels. In his early teenage years, Max saw a film of a heavyweight championship fight between Jack Dempsey

would be able to help him. Arthur Buelow managed future world heavyweight champion Max Schmeling from 1926-1928. He was an editor for the German boxing magazine Boxsport and agreed to finance his training and Schmeling came under the wing of Max Machon,

who would be his trainer until the end of his career. In 1927, he won the European championship, the first German to do so. His mentors took him on his first trip outside of Germany. Schmeling watched a world championship bout in London. The high society in the audience made an impression on the young man and so did the fierce concentration of the American Mickey Walker as he pummeled his challenger. As European champion, Schmeling found himself invited into Berlin’s elite society. Here with Leni Riefenstahl

During the era known as the Weimar Republic, boxing had become a popular spectator activity and Schmeling himself was a celebrity. He bought a tuxedo and tails and began reading more. “I said to myself, ‘You’re a man from a humble background, what you didn’t learn in school, you’ll learn now. Catch up.'” He joined a circle that included race car drivers, playwrights, filmmakers, actors and dancers. The artist George Grosz

asked to paint his portrait

, and the two men had thoughtful conversations during the sittings. “It occurs to me that boxers and painters have to… be able to size up the stranger facing them right away. I have to come up with a picture, you have to come up with a fight strategy,” said Grosz. Schmeling agreed, “I tried to study, my opponents, closely, which gave me the reputation of being a slow starter… You have to study his movement and reactions, and everything depends on finding out his style and habits in the first few rounds.” For his next challenge, Schmeling had to go to America. Bülow was not prepared for the American fight-promoting scene, however, and Schmeling replaced him with Joe Jacobs, a Jewish manager who could get Schmeling in the ring

Joe “Yussel” Jacobs, born 04-05-1896, died 24-04-1940, who was Jewish, was originally from New York’s Hell’s Kitchen on the West Side. He broke into boxing when two of his friends, Willie and Dave Astey, asked him to carry their boxing equipment into Madison Square Garden. Once in the arena, Jacobs allegedly found his way into a fighter’s corner as a second, thus beginning his career in boxing. Jacobs quickly made a name for the “Black Uhlan of the Rhine” and when Gene Tunney

for the title. On 12-06-1930 at Yankee Stadium, Sharkey came out strong. Schmeling figured that if he survived three rounds, Sharkey would tire himself out, and so he boxed defensively and paced himself. In the fourth round, Schmeling began to fight more aggressively when he was hit by a punch and went down, “as if I were paralyzed.” He had been hit below the waist. Sharkey was disqualified for the low blow and Schmeling became the new heavyweight champion of the world, the only time the title was decided by a foul. “I can’t accept the title!” Schmeling said to his trainer. “To win it this way doesn’t mean anything to me.” After defending his title against Young Stribling

in 1931, Schmeling was recognized as champion by all his critics. He was the first European to hold the world heavyweight title. In 1932, he married a blond, beautiful movie star, Anna Ondra born Anna Sophie Ondráková,

and the two became Germany’s most glamorous couple, even starring together in a movie. Their marriage was a happy one, although childless. Ondra reportedly had a miscarriage after a car accident. It was Anna’s second marriage, her first husband, director Karel Lamač

Lamac died age 65 on 02-08-1952 in Hamburg. For the rematch with Sharkey, the referee was one of Sharkey’s closest friends. The fight started slowly, and Schmeling dominated the last five rounds. Unbelievably, the referee named Sharkey the new champion on points. Former heavyweight champ Gene Tunney, New York mayor Jimmy Walker and the American newspapers were unanimous in their condemnation of the decision, but there was nothing to be done. Back in Germany, Adolf Hitler´s  Nationalist Socialist Party was starting to make life very uncomfortable

went to Hollywood, Writer Bertolt Brecht and composer Kurt Weill emigrated to New York. But Schmeling’s victories became a point of pride for Hitler’s Germany, and Schmeling received favored treatment from the authorities. Under the circumstances, Schmeling entered into a devil’s bargain. As a representative of Germany overseas, the boxer would be useful to the Nazis as a mouthpiece. According to scholar David Bathrick, Hitler summoned Schmeling to a meeting in June 1933, and told him: “When you go to the United States, you’re going to obviously be interviewed by people who are thinking that very bad things are going on in Germany at this moment. And I hope you’ll be able to tell them that the situation isn’t as bleak as they think it is.” Sportswriter Volker Kluge continues the story: “After arriving in the States, Schmeling held a press conference. Many journalists were waiting to hear about conditions in Germany. Schmeling told them that everything was okay and quiet in his home country. He denied that Jewish people were persecuted. His assignment was to calm down the American people.” In anticipation of his first fight against young sergeant, Joe “Barrow”Louis

, Schmeling had watched Louis beat Uzcudun. Asked for a comment afterward, the German said only, “I saw something.” He studied films of Louis and confirmed that for a split second after his left jabs, Louis let his arm drop,  just long enough, Schmeling thought, for him to deliver one of his devastating right-hand punches.

Propaganda Minister Josef Goebbels had ordered Nazi newspapers to bury the story of the fight. German sportswriter Gerd Reimann says, “Hitler was annoyed that [Schmeling] was going to fight a Negro.” Yet Schmeling, the 10-1 underdog, won the fight much as he had planned.

The Nazis saw his victory as a victory for themselves, and their racist views. “Stayed up all night,” Goebbels would report. “At 3 a.m. the fight begins. In round 12 Schmeling knocks out the Negro. Wonderful… The white man defeats the black man, and the white man was a German!” Schmeling flew back to Germany on a brand-new, futuristic conveyance, the airship Paul von Hindenburg.

The airship was destroyed by fire 14 months later on 06-05-1937 while attempting to land at Lakehurst Naval Air Station in Manchester Township, New Jersey, at the end of the first North American transatlantic journey of its second season of service with the loss of 36 lives.
Schmeling’s victory had further endeared him to Hitler, who decided to release a film of the fight as a feature throughout Germany.

Schmeling had figured that by defeating Louis he had earned a right to fight Jimmy Braddock for the title, but machinations behind the scenes and anti-Nazi protests in New York made the match up unpalatable to the American audience. Louis took on Braddock and won the title instead. Louis, however, was eager for a rematch with Schmeling and a second fight was arranged for June 1938. Louis won the bout decisively in the first round. Later that year, on Kristallnacht, Schmeling took an enormous risk and hid the two teenage sons of a Jewish friend in his Berlin hotel room. The boxer claimed to be sick and did not allow any visitors. When the opportunity presented itself, Schmeling smuggled the two boys out of the country. Henri Lewin, who became a Las Vegas hotelier, credits Schmeling with his life; characteristically, the modest Schmeling made no mention of this episode in his own autobiography. Schmeling fought a few more times, but without much success. When Germany went to war, he was drafted into the German Army, but unlike Joe Louis, Schmeling saw front-line combat as a paratrooper

. Schmeling received his draft order in 1940 and reported to the auxiliary battalion of the paratroopers of the Wehrmacht. After his training in Stendal as a 35 year old rifleman in the hussar barracks “Albrecht the Bear” under Oberstleutnant Udo von Kummer and a course at the Parachute School (Parachute School 1) in Wittstock, Schmeling joined the company “Merkur” on 20-05-1941 Crete used. Private Schmeling belonged to the 4th Company of the 1st Battalion of the 3rd Parachute Jäger Regiment. Although he was suffering from dysentery at this time, like other paratroopers, his battalion commander, Hauptmann Freiherr von der Heydte

and Schmeling, decided that he and his comrades should as part of the middle group (first wave) under Generalleutnant Wilhelm Süssmann

with the targets of Chania, Rethymno, the village of Suda and the Suda Bay. Schmeling suffered a knee and back injury  when the first wave landed, but continued to fight. He was cut off from his unit and only found his way back to it the following night. The first wave of the German airborne units suffered severe personnel failures in the defense fire. On May 22, Schmeling’s dysentery was accompanied by dehydration and heat stroke, he was withdrawn from the front and treated in an emergency hospital

the news of the English broadcaster from Reuters, which had already pronounced him dead, recovered. Then Schmeling was written as “nicht-kv” (not fit for military service). Until the end of his life he kept in contact with his comrades in the paratrooper regiment, which on 27th and 28-05-1941 played a significant role in the capture of the capital Chania and the conquest of the port in Soudabucht. In 1943 Schmeling was initially conditional, then finally released from the Wehrmacht at Easter. He took over the management of his property (Gut Ponickel) in Pomerania, as its administrator was drafted. Nonetheless, he occasionally received the official assignment to support the care of Allied officers in captivity (e.g. in the Jüterbog and Stralsund camps). At the same time, Joe Louis visited German prisoners of war in the United States.
At the end of the conflict, British authorities would clear him of any complicity in Nazi crimes.

In the privation of post-war Germany, Schmeling and his wife did their best to scrape by, turning to farming, a failed return to the ring as a boxer, and then a brief career as a boxing referee. A former New York boxing commissioner who became a Coca Cola executive remembered Schmeling as a non-Nazi hero to the German people, and offered him the Coke franchise in Germany. Schmeling finally prospered, as a businessman. Invited to referee a bout in Milwaukee in 1954, Schmeling first flew to New York to visit Joe Jacobs’ grave. On the same trip, he drove to Chicago and found Joe Louis at home. They reminisced and renewed an acquaintance that lasted until Louis’ death. The two even appeared on a popular television program, “This is Your Life,” which reunited Louis with a host of people from his past.

When Louis died in 1981, Schmeling helped pay for the funeral. In his later years, Max Schmeling continued to live outside his hometown of Hamburg, Germany, until his death, during his sleep, 01-02-2005 at the very old age of 99.

“I had a happy marriage and a nice wife,” he would tell an interviewer before his death. “I accomplished everything you can. What more can you want?” The funeral of Joe Louis was paid for in part by his former competitor and friend, Max, who also acted as a pallbearer. Schmeling is buried with his wife Annie Ondra, on the Saint Andreas Friedhof of Hollenstedt, near Hamburg.