Actress, regular visitor on the Berghof, wife of Max Schmeling.

to Czech parents, father Bohumír Ondrák, an officer in the Austro-Hungarian Army, and Anna Ondráková (born Mracek). She had two brothers, Tomáš and Jindřich. She spent her childhood in Tarnów, Pula and Prague.  She acted in Czech, Austrian and German comedies in the 1920s, and in some British dramas, most notably in Alfred Hitchcock’s The Manxman and Blackmail, both 1929. However, when Blackmail was remade with sound, Ondra’s thick accent was considered unacceptable, so her dialogue was recorded by actress Joan Barry.

Barry died old age 85 on 10-04-1989, in Marbella. Hitchcock died 29-04-1980, old age 80, in California. As a famous actress she was a regular guest on the Berghof, Hitler was very charmed of her and another regular guest Henriette Hoffman,

the daughter of the Nazi photographer Heinrich Hoffmann, was a good friend of her. Henriette later married the Hitler Young leader Baldur von Schirach.

The Schirach’s were not allowed at the Berghof anymore after complains of Henriette to Hitler about the bad treatment of the Jews in Amsterdam. The consternation was matched by another disappointment when it was revealed that Annie Ondra, the tall, big-boned, blond German woman and besides a famous actress, who was regarded as the ideal specimen of Aryan womanhood, was actually Jewish. Ondra made some forty more films in the sound era before retiring in the late-1930s. Anna preferred a film career and began to live with Karel Lamač. “I swim like a fish, ride like a cowboy, and I would do it all if the film required it,” summarised the nineteen-year-old. She formed a production company, Ondra-Lamac-Films, with her first husband, director Karel Lamač.

Lamac directed her in several silent films, acted with her in films directed by other filmmakers. After some years she wanted to start a family, but Lamač did not want to marry and worked with her even after their divorce in 1933. Lamač remained her friend throughout his lifetime. Lamac died age 65 on 02-08-1952, in Hamburg, he died in her arms. She married boxer Max Schmeling.

On 06-07-1933, she thus married the boxer Max Schmeling, with whom she appeared in the film Knock-out, 1935. They still were popular guest on Hitler’s Berghof certainly as Max Schmeling became the World Champion boxing against the American Joe “Barrow” Louis.

Their marriage was a happy one, although childless. Ondra reportedly had a miscarriage after a car accident. They were married until her death on 28-02-1987, age 82, in Hollenstedt.

Annie Ondra was buried in the Saint Andreas Friedhof cemetery in Hollenstedt, Germany. Her husband Max Schmeling died in 2005, very old age 99 and was buried next to her. 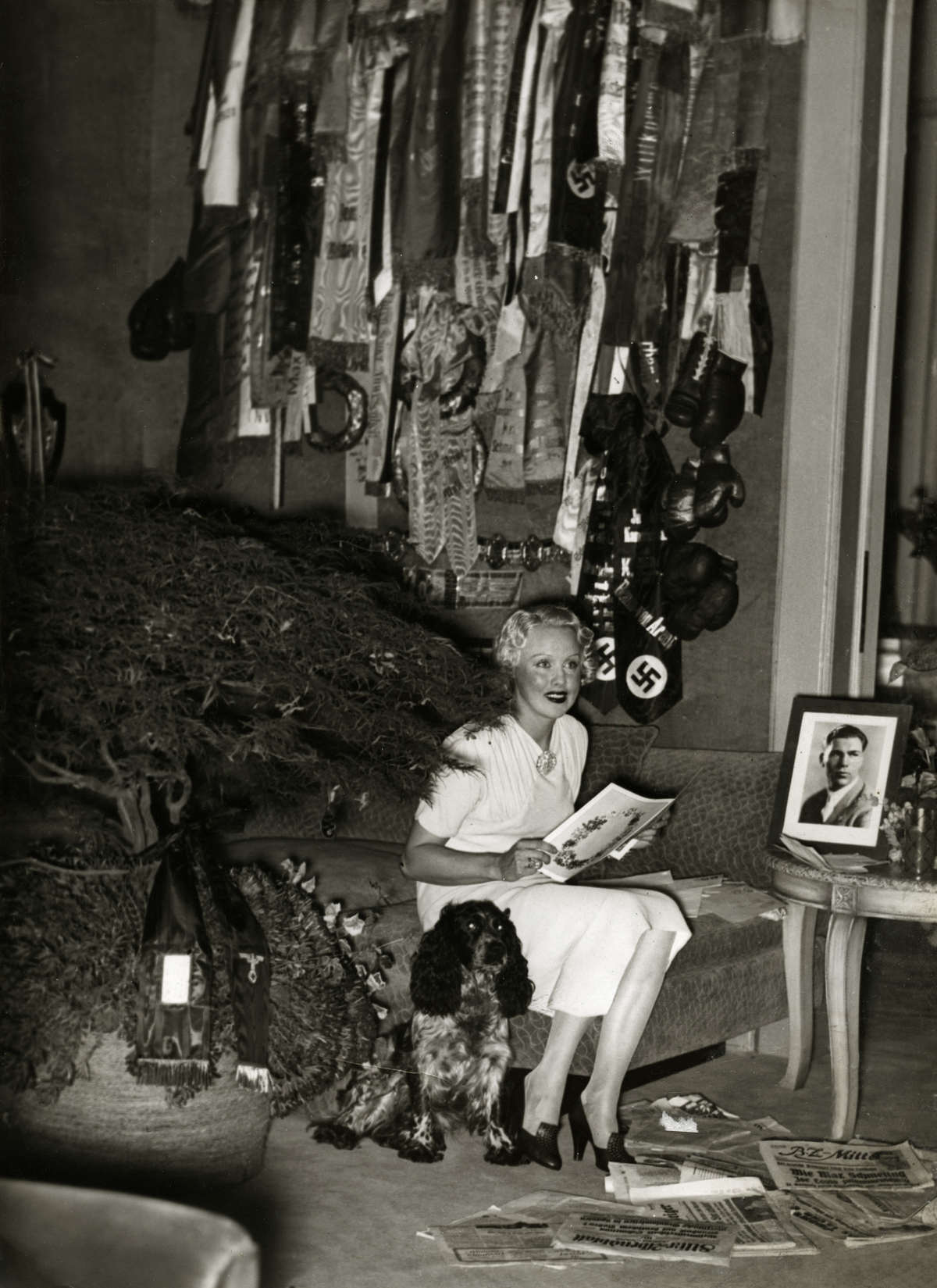