An Admiral in the US who played a pivotal role in the development of torpedo technologies. He commanded submarine operations out of the Australian ports of Brisbane and Frimantle. 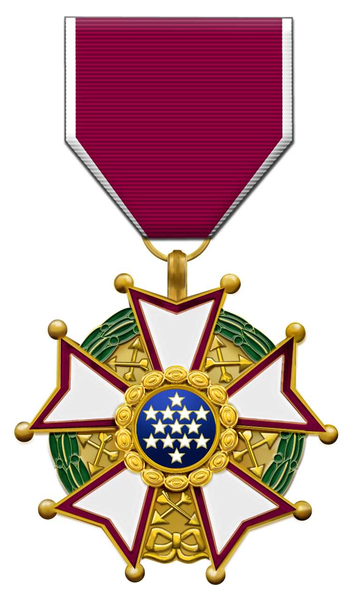 in 1915 and served on a variety of warships beginning with the battleship New Jersey. Aboard the cruiser Montana in 1916, he was trained in torpedo design and implementation. Christie was one of the first students of the Submarine School at New London

. He went on to command the submarines USS Octopus in 1918, USS R-6 in 1920, USS S-1 in 1923 and USS S-17 in 1924. Christie served as Commander, Submarines at Cavite from 1925 to 1926. In 1923, he graduated from the Massachusetts Institute of Technology with a Master’s degree in Mechanical Engineering, specializing in torpedoes. In 1922, as Christie was completing his graduate studies, the Bureau of Ordnance initiated project G-53, a highly secret program to develop a magnetic influence exploder for torpedoes. Christie became intimately involved in the project, and was substantially involved in the technical development of the weapon system. By 1926, the exploder was far enough advanced to permit its first test. On 08-05-1926, the obsolete submarine USS L-8 was used as a target, and destroyed with an influence torpedo. Despite this early success, the influence exploder, which would become the Mark VI, needed significant refinement. Christie, who now directed torpedo development at the Newport Torpedo Station, oversaw the development of the Mark 14 torpedo

. This wet-heater, compressed-air, steam-turbine torpedo, which would become the primary American submarine weapon in World War II, was created specifically for the Mark VI. Christie urged the Navy Department to allocate a target ship for extensive field tests of the torpedo and exploder. The Chief of Naval Operations authorized the use of the obsolete destroyer USS Ericsson, but placed so many restrictions on its use Newport was forced to decline the offer. As a result, the Mark VI exploder never underwent a live test, and its shortcomings would not become apparent until the outbreak of hostilities. It would be twenty months before the problems were corrected, over Christie’s objections. In 1939, Christie was given command of Submarine Division 15, consisting of all six Salmon-class submarines. By 1941, Germany and the United Kingdom were engaged in the Battle of the Atlantic. Although the United States was neutral, President, Frank Delano Roosevelt ordered the U.S. Atlantic Fleet to enforce the Neutrality Patrol to assist UK-bound convoys. As part of secret agreements with Britain, the United States agreed to provide the former with submarines under Royal Navy control, should America enter the conflict. Admiral Richard Stanislau Edwards, Commander, Submarines, Atlantic Fleet, ComSubLant, selected the now Captain Christie as tactical commander for the proposed submarine force in British waters. Christie wanted the new Tambor-class submarines to be assigned to the Atlantic Fleet, but was overruled by Admiral Harold Raynsford “Betty” Stark

who selected the older S and Barracuda classes instead. As war seemed increasingly likely toward the end of 1941, Christie placed his boats on full war footing. At the outbreak of the Pacific War, remnants of the United States Asiatic Fleet fled to Australia, on orders from Washington. The S-boats from the Philippines were organized into a fighting force at Brisbane, and Admiral, Ernest Joseph King ordered S-boats from the Atlantic Fleet to supplement the force in Australia. Christie went along, arriving in April 1942, just in time for the Battle of the Coral Sea. During the Solomon Islands campaign, he ordered his boats to patrol around harbors which, while being key points for shipping, also tended to be heavily patrolled by aircraft and anti-submarine craft. In step with then-current U.S. Navy submarine doctrine, he made capital ships the prime targets, rather than have his boats focus on merchant shipping. In October and November 1944, Christie received intelligence regarding German plans to operate a wolf pack of U-boats in Australian waters. He vectored Allied forces to detect and eliminate the threat, resulting in the Dutch submarine Zwaardvisch, swordfish,  sinking U-168 on 6 October near Surabaya and USS Flounders’s sinking of U-537 on 10 November near the northern end of the Lombok Strait. Another U-boat disappeared en route while a fourth, U-862

, evaded searchers to slip around the south coast of Australia and sink a Liberty ship south of Sydney in late December. In November 1944, Kinkaid relieved Christie of command of submarine operations at Fremantle, and assigned the position to Fife commencing 30 December. Although no specific reason was given, Christie was convinced it was because he pushed Kinkaid too hard for Samuel David Dealey’s Medal of Honor, and for his process of awarding decorations in general. However, Christie’s losses, which included Samuel David Dealey 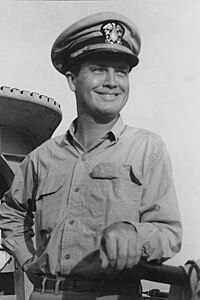 who died, age 37, on 24-08-1944, together with his crew as his U-boat, USS “Harder” went down in the Ocean. Thomas Cassin Kinkaid nephew, Lieutenant Commander Manning Husband Kimmel on USS Robalo in July 1944, may have also influenced Kinkaid’s decision. Christie returned to the United States, and went on to command Puget Sound Navy Yard. Now that he was no longer under Kinkaid’s command, Christie renewed his push to get Dealey awarded the Medal of Honor

, this time by getting the endorsement for the decoration from Douglas MacArthur. The General agreed, and Dealey was posthumously awarded the medal. After the war Christie attempted to get command of operations for Atlantic submarines, but that job went to James Fife instead. However, Christie was given command of naval forces in the Philippines. He retired from the Navy on 01-08-1949, with tombstone promotion to the rank of Vice Admiral.

He sold life insurance and dabbled in other ventures for some time. In his final years, he lived on the west coast of the United States and in Hawaii. Ralph Christie died in Honolulu, Hawaii on 19-12-1987 at the old age of 94. His wife, LaRene P. Christie, joined him at the National Memorial Cemetery of the Pacific, following her death on 31-05-2002, in Section CT2-E.