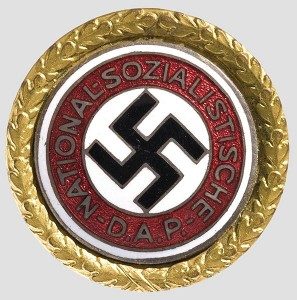 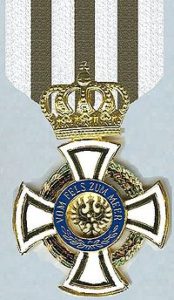 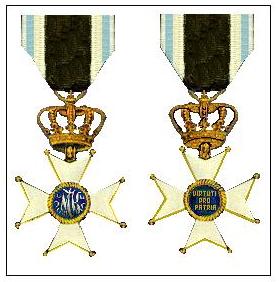 as Franz Epp, served as a volunteer in East Asia during the Boxer rebellion,

in 1900-01 and then became a Company commander in the German colony Deutsch-Südwestafrika,

where he took part in the bloody Herero genocide

.
The Herero and Namaqua Genocide is considered to have been the first genocide of the 20th century. It took place between 1904 and 1907 in German South-West Africa, now Namibia, during the scramble for Africa. On 12-01-1904, the Herero people, led by Samuel Maharero,  rebelled against German colonial rule. Maharero died age 67, on 14-03-1923.

defeated the Herero in the Battle of Waterberg and drove them into the desert of Omaheke, where most of them died of thirst. In October, the Nama people also rebelled against the Germans only to suffer a similar fate. In total, from 24.000 up to 100.000 Herero and 10.000 Nama died. The genocide was characterized by widespread death by starvation and thirst because the Herero who fled the violence were prevented from returning from the Namib Desert. Some sources also claim that the German colonial army systematically poisoned desert wells. Von Trotha died age 71, on 31-03-1920 in Bonn.  During the First World War, Epp served as the commanding officer of a Bavarian regiment, the Infanterie-Leibregiment, in France, Serbia, Romania and at the Isonzo front. He was also knighted, being made Ritter von Epp on 25-02-1918 and received the Bavarian Militär-Max Joseph-Orden, on 23-06-1916. After the end of the war he formed the Freikorps Epp,

a right-wing, paramilitary formation mostly made up of war veterans, of which future leader of the SA Ernst Julius Röhm

as a member. He joined the Reichswehr

and was promoted to Generalmajor in 1922. Epp became a member of the German parliament, the Reichstag, for the NSDAP.

Epp’s final notable historical action occurred on 09-03-1933, two weeks before the Reichstag passed the enabling act which granted Adolf Hitler (did you know) dictatorial powers. He became Reichskommissar, later Reichsstatthalter, for Bavaria in 1933. Epp’s attempt to limit the influence of the central government into Bavarian politics failed. Epp however continued in his post as Reichsstatthalter until the end of the war, politically insignificant. He distanced himself somewhat from other Nazi leaders during the war, the main reason for this was however personal dislike of some of them. He did not question or disagree with the regimes’ politics. He was arrested on Paul Giesler‘s

a group opposed to the Nazis. Epp however did not want to be directly involved with the group as he considered their goal, surrender to the Allies, a form of backstabbing of the German army. At the end of the war, he was present when a German group with Reichsmarshall, Hermann Goering,

his wife Emmy and daughter Edda

General John Ernest Dahlquist accepted the surrender in the “Grand Hotel” in Kitzbuhel. On the picture above from left, Hans Jeschonnek,

Suffering from a heart condition, he was hospitalized at Bad Nauheim at the end of the war. On 09-05-1945, a clerk at the hospital alerted agents from the US Counter Intelligence Corps that Epp was a patient there, and he was arrested and sent to a prison camp in Munich to await trial at Nuremberg.

He died in detention, age 78, on 31-12-1946 and is buried on the Waldfriedhof, old part, in Munich, I found the right spot, but he gravestone is alas removed. On this cemetery are also buried the next persons, General der Flieger, Kommandeur IV Flak Regiment, Rudolf Bogatsch, Generalleutnant der Artillerie, Commander of the Troops Exercise Grounds in Maria ter Heide, Heinrich Curtze,

Leni Riefenstahl. “Triumpf of the Will”, the film chronicles the 1934 Nazi Party Congress in Nuremberg.