The Warsaw Ghetto Uprising began in earnest on April 19, the day before the start of Passover, when SS units under command of SS Gruppenführer Jürgen Stroop

arriving for the final deportations were greeted by an ambush. Insurgents set fire to German tanks, hurled handmade grenades and Molotov cocktails

at advancing troops and managed to stall the SS advance before finally forcing them to retreat. In a symbolic display, two young Jewish fighters raised both the Polish national flag and a hastily created flag of one of the resistance groups from the top of an occupied building. Ordered to destroy the insurgency and level the ghetto for good, more than 2,000 forces swarmed into the ghetto, including Waffen-SS and Wehrmacht units, non-Jewish Polish soldiers and even a group of Jewish police. Armed with heavy artillery and armored vehicles, they spent the next several days systematically destroying parts of the ghetto, building by building, flushing out resistance fighters who were killed or captured.

Chaos reigned in the ghetto’s underground warren, which was soon filled with fire, smoke and debris. More than 6,000 Jews would die there, while dozens of small clashes went on above. By early May, it was clear that end of the uprising was imminent. A number of resistance leaders managed to escape from the city, but others stood their ground, including ZOB leader Mordecai Anielewicz

. On May 8, Anielewicz, age 24 and several others died under murky circumstances—it remains unclear if they committed mass suicide to evade capture or were killed by German forces. Sporadic fighting continued on for another week, until the last of the insurgents were rounded up.

Of the more than 50,000 Jews captured during the uprising, 14,000 were either executed immediately or killed upon arrival at Treblinka. The remaining prisoners were sent to a number of concentration camps, like the little jewish boy Tsvi Nussbaum. 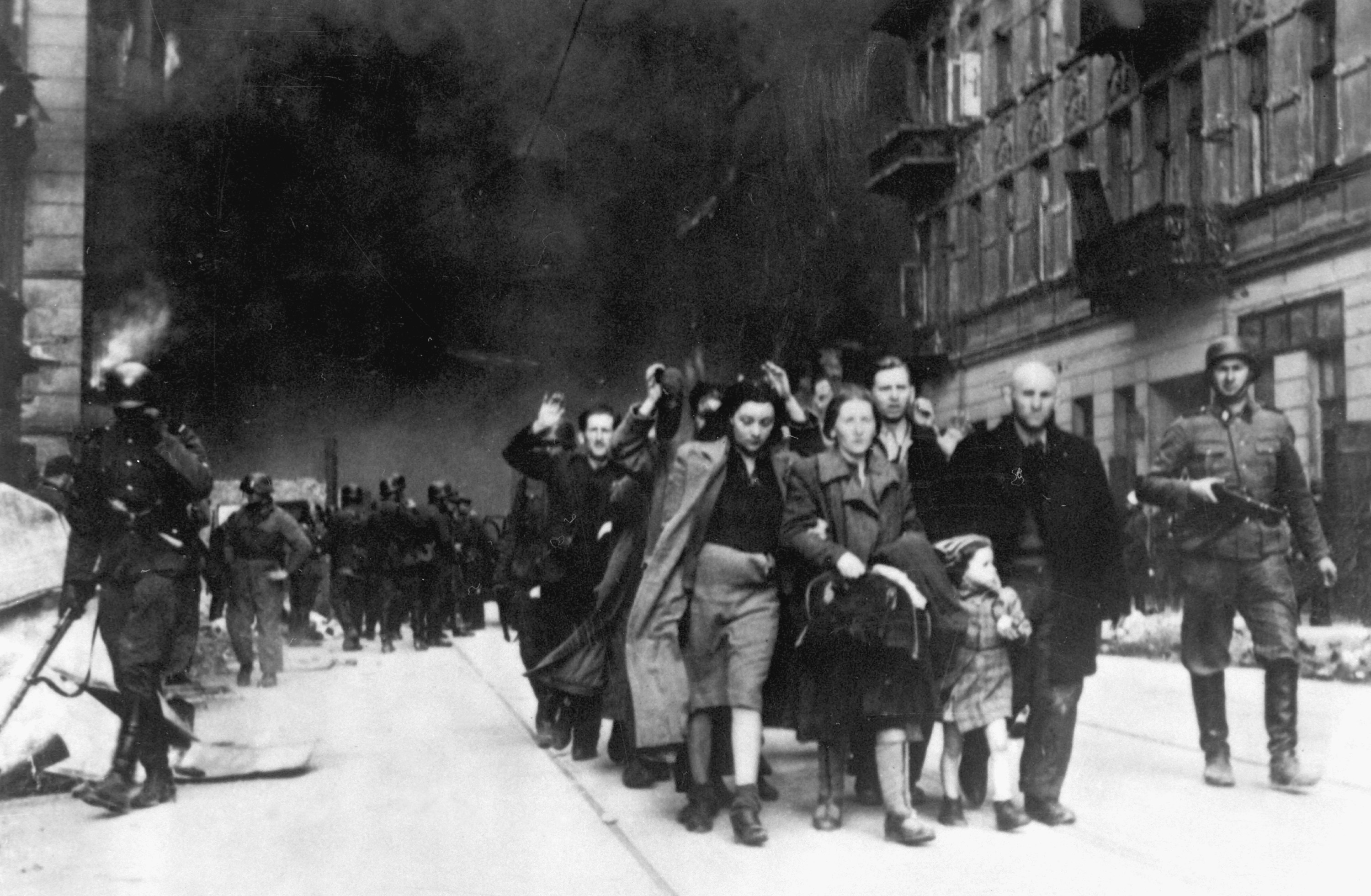 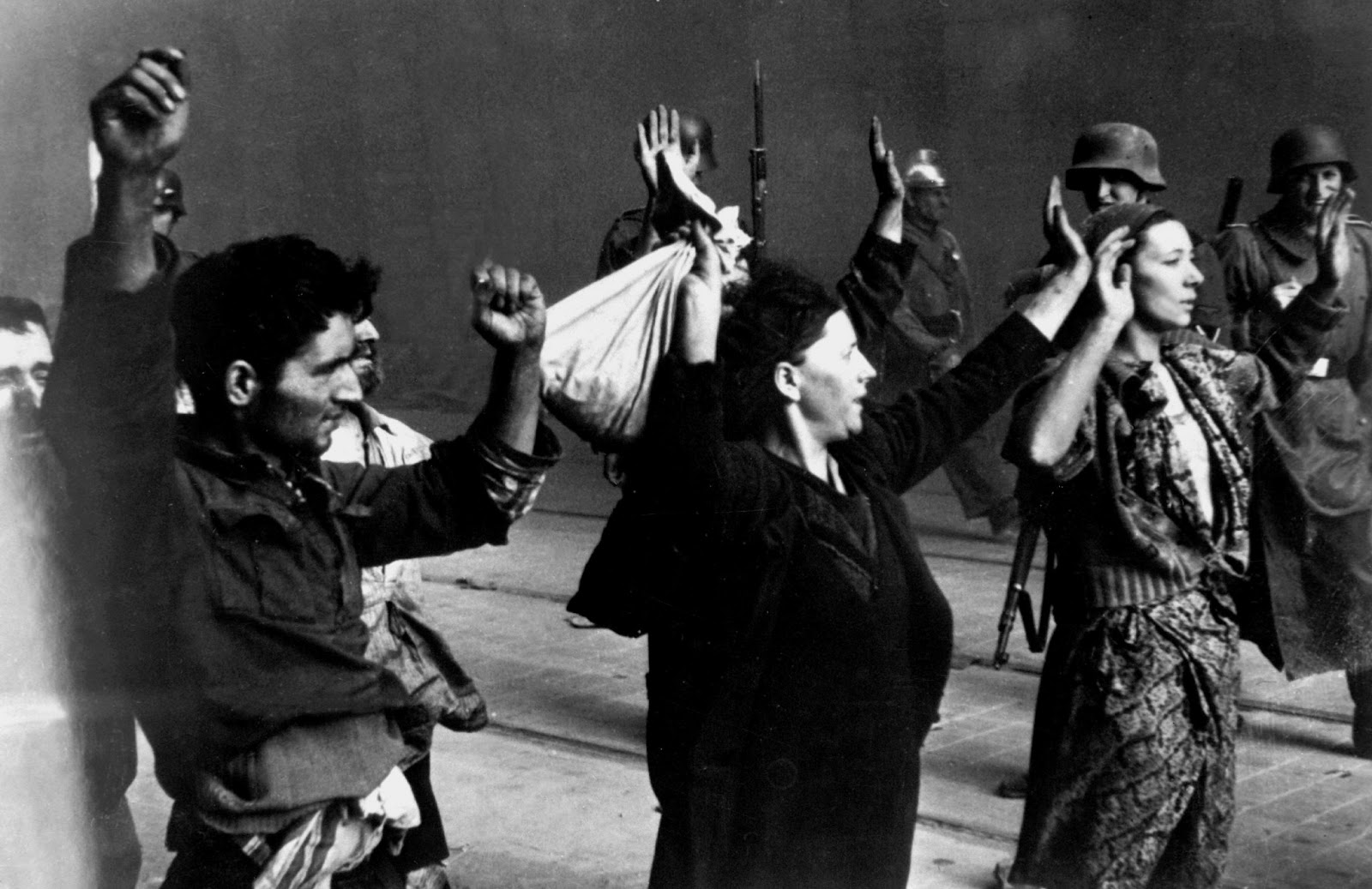 , where by the end of the war all but few thousand were dead, along with the 6 million other Jews and another 6 million non-Jewish victims of the Holocaust. Still, the doomed resistance of Warsaw’s Jews inspired similar uprisings in other ghettoes and concentration camps. In August 1943, 1,000 inmates at Treblinka, possibly including fighters recently arrived from Warsaw, staged an armed revolt that, while eventually crushed, allowed dozens of prisoners to escape. A year later, the Polish resistance Home Army led an even larger revolt in the non-Jewish quarters of the city, which despite little support held out for more than two months against German troops before finally collapsing. 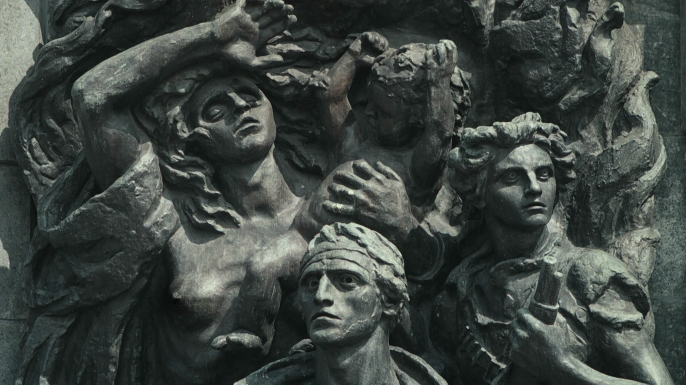 Hitler’s former maid at his mountain retreat reveals all as she break her silence after 71 years.

Nazi boycott of Jewish owned shops.
The Tuskegee airmen once shot down three German jets in a single day.