The “funny” tanks of D-Day.

These unusual vehicles played an important role in the D-Day landings, the Battle of Normandy and the campaign in north-west Europe. The failed Allied raid at Dieppe in August 1942 exposed how difficult it was to land vehicles and men during an amphibious invasion and to break through German coastal defences – specialised armour was needed to get across soft sand and shingle and through beach obstacles.

The Allies made very few efforts to develop this armoured equipment until preparations began for D-Day. In early 1943, the 79th Armoured Division

under the command of Major-General Sir Percy Hobart 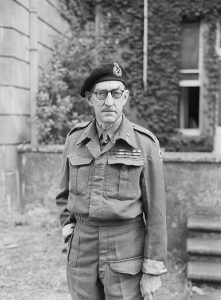 was given responsibility for developing equipment and tactics to perform specialised tasks in support of ground troops on and after D-Day. Not only did Hobart improve on existing designs, he created entirely new technologies. The armoured vehicles of the 79th became widely known as ‘Hobart’s Funnies’. 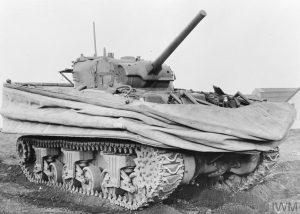 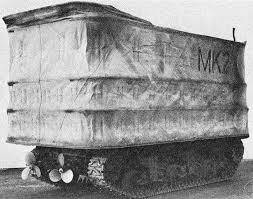 The Duplex Drive (DD) ‘swimming’ Sherman was an amphibious tank used on all five beaches on D-Day. The duplex drive engine powered propellers in water and tracks on land. The canvas flotation screen gave the tank enough buoyancy to support its weight without having to sacrifice armour or firepower. Once ashore, the screes were dropped and the tanks became fully operational. This allowed for a quick build-up of armour and provided almost immediate support for the invading infantry forces. 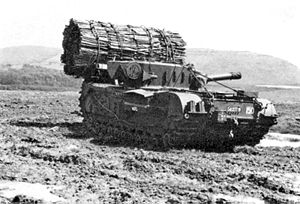 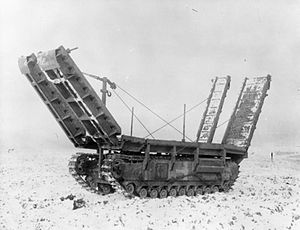 , Churchill AVRE with a bobbin and extended radiator intakes for wading 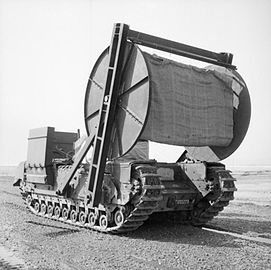 , Close-up of an AVRE’s Petard Mortar 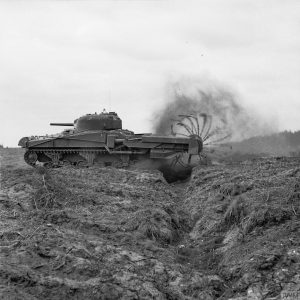 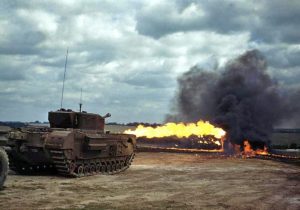 Sir Percy Hobart returned to retirement in 1946 and died in 1957 in Farnham, Surrey. 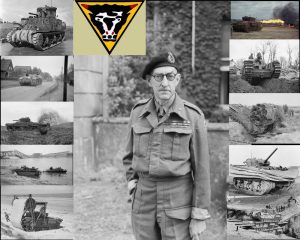 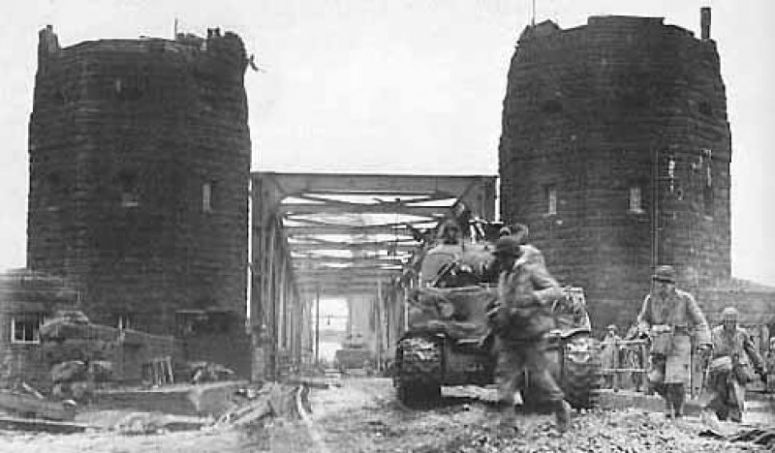 The capture of the Ludendorff Bridge at Remagen. 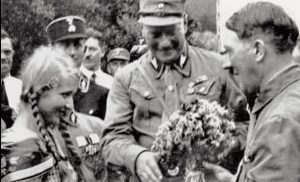 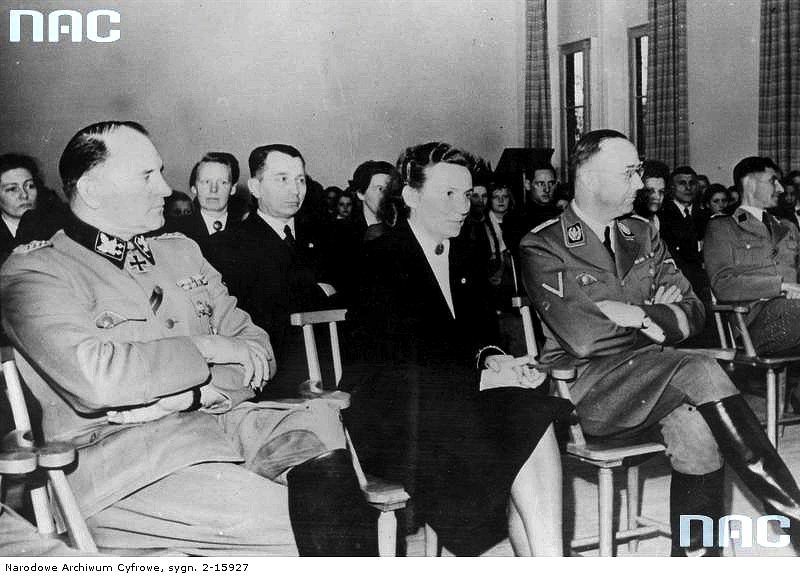 "The Cross of Honor for the German Mother"
SS Obergruppenführer Otto Hofman, a Wannsee Conference member, survived the war.