U.S. Air Force 2nd Lieutenant, ace and one of the two flight fighters during the Japanese attack on Pearl Harbour.

was an U.S. Air Force 2e Lieutenant, ace and one of the two flight fighters in the air during the Japanese attack on Pearl Harbour, on 07-12-1941. Lieutenants George Schwartz Welch and Kenneth Taylor were credited with shooting down six of the 29 Japanese aircraft lost in the attack. While Welch and Taylor did not take part in the subsequent James “Jimmie” Doolittle

after receiving his wings and commission in January 1941, was posted to the 47th Pursuit Squadron, 15th Pursuit Group, at Wheeler Field, Oahu, Hawaii in February 1941. At dawn on December 7, 1941, 2nd Lieutenant Welch and another pilot, 2nd Lieutenant. Ken Taylor, were coming back from a Christmas dinner and dance party at a rooftop hotel in Waikiki, that ended in an all-night poker game. They were still wearing mess dress when the Japanese attacked Pearl Harbor. Welch telephoned an auxiliary Haleiwa Fighter Strip on Oahu’s North Shore to have two Curtiss P-40B Tomahawk fighters

prepared for takeoff. He and Taylor immediately drove his Buick at high speed to Haleiwa in order to join the air battle. Taking off with only 30 cal ammo in the wing guns, Welch claimed two kills of Aichi D3A Val dive bombers over Ewa Mooring Mast Field. The first enemy aircraft was only damaged and it made it back to its carrier while the second was finished off by Ken Taylor, shortly before he landed at Wheeler Field to get 50 cal ammo for his two cowl guns. On his second sortie, Welch shot down a Val, which was behind Ken Taylor and the Val crashed in the community of Wahiawa, then Welch got one Mitsubishi Zero fighter about five miles west of Barbers Point. Both George Welch and Taylor 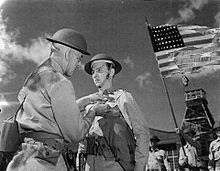 were nominated for the Medal of Honor by General Henry Harley “Happy” Arnold, but were awarded the Distinguished Service Cross, the highest USAAF medal, for their actions. After Pearl Harbor, Welch returned to the continental U.S. to give war bond speeches until being assigned to the 36th Fighter Squadron

of the 8th Fighter Group in New Guinea. Notable commanders of the 36th Fighter Squadron were Quentin Roosevelt and Ennis Whitehead  Despite his three kills on December 7, 1941, Welch was dissatisfied with flying the poorly performing Bell P-39 Airacobra. When asked by a journalist what aspect of the P-39 he liked, then seven-victory ace George Welch said, “Well, it’s got 12 hundred pounds of Allison armor plate.” When Welch inquired as to when his squadron, the 36th FS, would receive P-38s, he was told, “When we run out of P-39s.” He repeatedly appealed to be assigned to the 80th Fighter Squadron  until he was granted a transfer. Between June 21 and September 2, 1943, flying a P-38H, Welch shot down nine more Japanese aircraft: two Zeros, three Ki-61 Tonys, three Ki-43 Oscars and one Dinah. Welch flew three combat tours, a total of 348 combat missions with 16 confirmed victories, all achieved in multiples, before malaria retired him from the war. Welch died in a test flight, age 36, on 12-10-1954.

Taylor survived the war and died at the old age of 86 of a hernia, on 25-11-2006 and is buried between the military warriors on Arlington National Cemetery, Urnenwall. 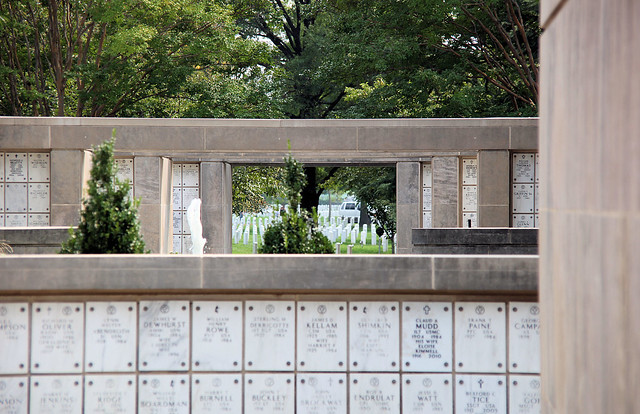