A German jurist, soldier, and member of the resistance against Adolf Hitler. 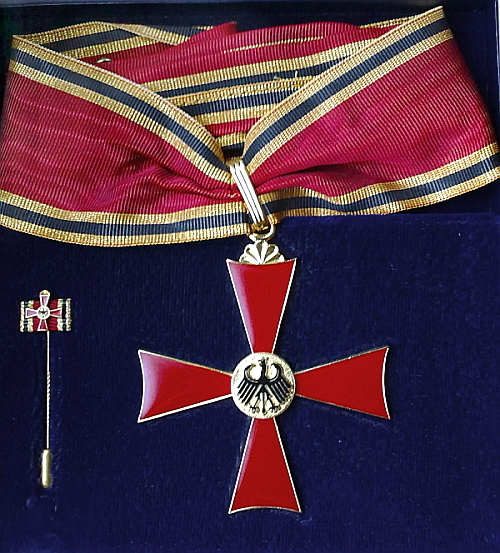 by his mistress Rosa Dorothea Ritter. He was trained as a lawyer, later joining the German Army. As a Leutnant in the reserves, he was promoted to Adjutant to Oberstleutnant Henning von Tresckow

On 13-03-1943, during a visit by Adolf Hitler to Army Group Center Headquarters under General Field Marshal, Fedor von Bock

in Smolensk, Schlabrendorff smuggled a time bomb, disguised as bottles of cognac,

onto the aircraft which carried Hitler back to Germany. The bomb detonator failed to go off, however, most likely because of the cold in the aircraft luggage compartment. Schlabrendorff managed to retrieve the bomb the next day and elude detection. The 20 July threaten for Hitler at the Bendlerblock

in Berlin was saved by Major Otto Ernst Remer

. Schlabrendorff was arrested on July 20, 1944, following the failure of the July 20th plot. He was sent to Gestapo prison where he was tortured, but refused to talk. While imprisoned he met fellow imprisoned co-conspirators Wilhelm Canaris,

In February 1945, Schlabrendorff was brought before the infamous Nazi People’s Court of jurist Roland Freisler,

Volksgerichthof. But, while awaiting his trial, the courtroom took a direct hit from a bomb during an American air raid led by Lieutenant Colonel, Robert  Rosenthal, “Rosie” Jewish future Nuremberg process prosecutor, who died age 89, in 2007

. The bomb killed Judge-President Roland Freisler, who was crushed by a beam and killed, still clutching Schlabrendorff’s file. Nevertheless, between February and May 1945, Schlabrendorff was moved from one concentration camp to another: Sachsenhausen, Flossenbürg, Dachau, Innsbruck. In late April 1945 he was transferred to Tirol together with about 140 other prominent inmates of the Dachau concentration camp, where the SS left the prisoners behind. He was liberated by the Fifth U.S. Army ” “Strength of the Nation!”

After the war, Fabian von Schlabrendorff was admitted to the Protestant Order of Saint John (Bailiwick of Brandenburg, in which he served as Captain of the Order, legal counselor to the Herrenmeister, head of the Order) from 1957 to 1964. From 1967 to 1975, he was a judge of the Constitutional Court of West Germany, the country’s highest tribunal. Von Schlabrendorff died age 73, on 03-09-1980 in Wiesbaden and is buried, with his wife Luitgarde, born von Bismarck, on the cemetery of St. Martinzu Morsum, Island of Sylt.