the son of a professor of mathematics, Dr. phil. Carl Richard Olbricht and his wife Maria Charlotte, born Jünger, began his military career after his final exams (1907). He started his military career as Fahnenjunker with the 106th Infantry Regiment. He fought in the German Army during the First World War.

In 1919 he became Hauptmabnn of the Reichswehr – as a result of the Treaty of Versailles, greatly reduced German army. Olbricht, together with

, went after the Bierkellerputsch of 1923 against the rising national socialism.

After the failed attempt on Hitler’s life at the Wolf’s Lair in East Prussia on 20 July 1944, all the old plans from 1938–39 were found, leading to General Thomas’s arrest on 11-10-1944, followed by stays in the Flossenbürg and Dachau concentration camps. In late April 1945, he was transferred to Tyrol together with about 140 other prominent inmates, where the SS left the prisoners behind. They were liberated by the Fifth U.S. Army, commanded by  Major General Lucian King Truscott

In 1926 Olbricht became leader of the Abteilung Fremde Heere (“Office Foreign Armies”) of the Reich Ministry of Defense. In 1933 he became staff chief of the Dresdner Division. In 1934 he prevented the execution of several supporters of SA-leader Ernst Röhm

during the Night of the Long Knives. In 1935 his appointment as Chief of Staff of the Fourth Army Corps (Dresden) followed. In 1938 he became commander of the 24th Infantry Division. and by 1938 had reached the rank of Generalleutnant. In 1940 Olbricht became Chief of the General Army Office in Berlin. Olbricht was one of few German military officers who supported the democratic Weimar Republic

His mistrust of the Nazis became apparent early on, particularly after the Beer Hall Putsch in 1923,

when he stood together with Hans Oster, 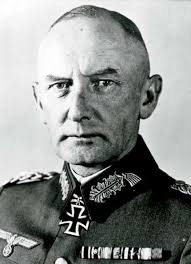 , who all distanced themselves from the growing National Socialist movement, worried as they were at the allure that the Nazis seemed to have for a lot of military men. During World War II, Olbricht became disillusioned with the leadership of Adolf Hitler (see parents)

in the resistance movement. Olbricht joined the July Plot and was the one who gave the signal to take over power after the assassination attempt on 20-07-1944. When it became clear that the assassination of Adolf Hitler (see Alois Hitler)

had been unsuccessful, in an attempt to protect himself, Friedrich Fromm organized the execution of Olbricht, Oberst der Kavallerie, Claus von Stauffenberg and his adjutant, Werner von Haeften,

in the courtyard of the War Ministry. Olbricht was the first of the four to be shot, all against Hitler’s orders to take the would-be assassins alive (those who did get captured alive got more painful and prolonged means of execution)..

After executing the top plotters, Fromm

returned to his office for the night after a reported upcoming air-raid. There in his office he was met by various Nazi officers, Joseph Goebbels

was among them. Fromm tried to claim credit for ending the coup.

On the morning of 22-07-1944, Fromm was arrested by Nazi officials and locked in jail to await trial. Fromm was discharged from the German Army on 14-09-1944. The civilian Fromm was sentenced to death and considered unworthy for military duty by the Volksgericht on 07-03-1945 . Since the court failed to prove a direct association with the 20 July plotters, he had been charged and convicted for cowardice before the enemy. The loss of his worthiness for military service led to a permanent loss of all honors, ranks and orders. On 12-03-1945, age 56, Fromm was executed at the Brandenburg Görden Prison

by firing squad as part of the post-conspiracy purge. His last words before the firing squad were reported to be “I die, because it was ordered. I had always wanted only the best for Germany 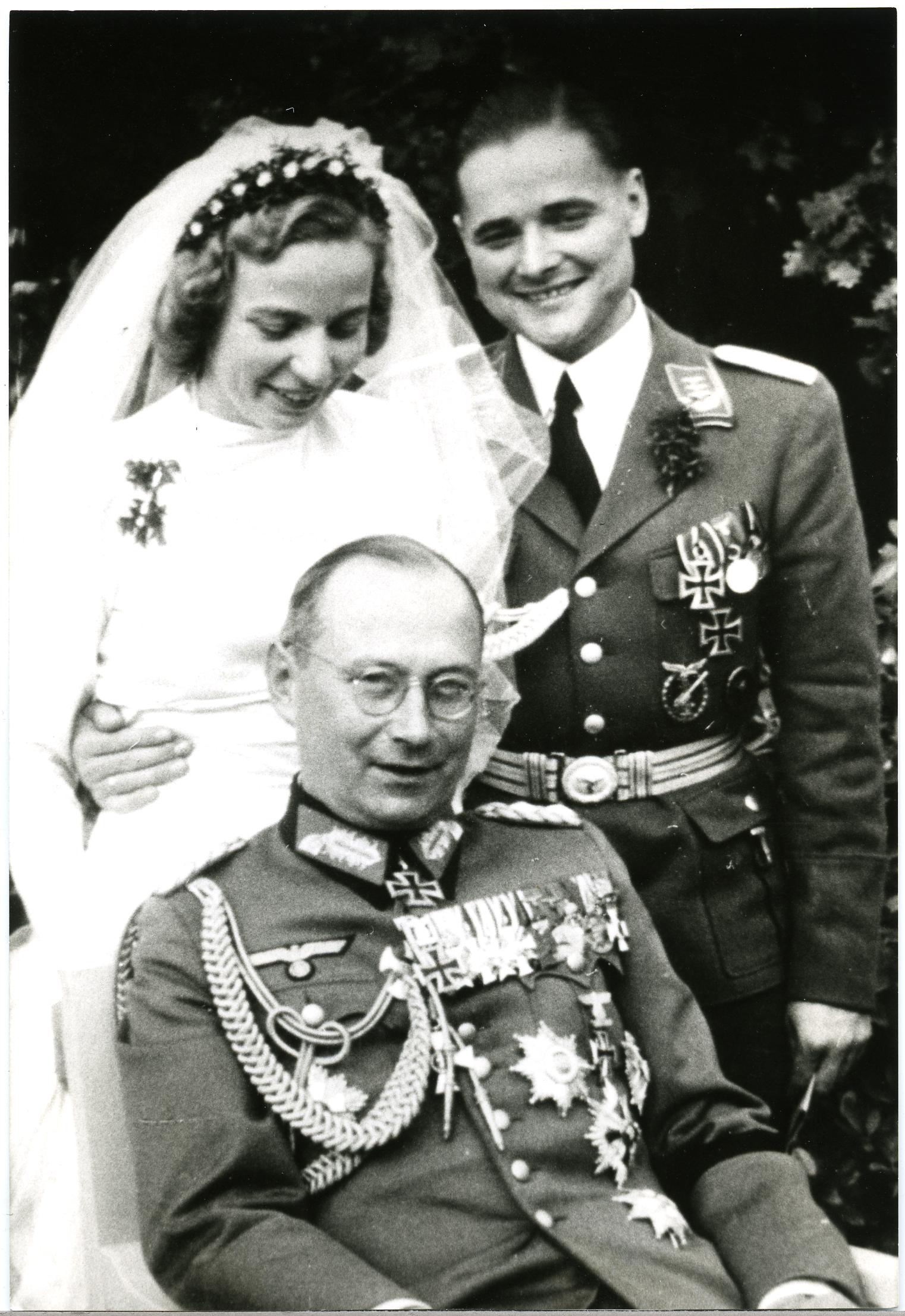 Olbricht who was married with Eva Koeppel, here with his daughter Rosemarie and son in law Friedrich Georgi and the other victims had a temporary grave on the Alter Sankt Matheaus Friedhof, in Berlin, but after a few weeks the bodies were burned by the SS and the ashes scattered. In Berlin their is still a grave of honor for Olbricht.