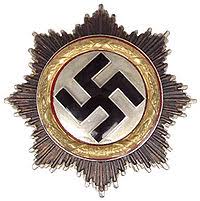 germanyGeneralmajorWehrmacht
Booking.com
Kaschner, Dr Erwin, born 14-10-1897 in Görlitz, joined the Army Service as a war volunteer in the 130th Infantry Regiment, age 17, on 08-06-1915. He was wounded

to 04-09-1944. The 326th Infantry Division was destroyed during the Battle of Normandy. A new 326th Volksgrenadier Division was formed on 04-09-1944, in Galanta by redesignation of the new 579th Volksgrenadier Division of the 32nd mobilisation wave.
Thereafter, it fought defensively around Trier and the Moselle until it was destroyed again in mid-March 1945, with only a small remnant escaping across the Rhine at Worms.  In 1945 the division, separated into two groups, entered U.S. captivity in the Ruhr Pocket and Harz respectively. It was partially reconstituted one last time as a battle group in mid-April and ended
kaschner’s career near Darmstadt.  He succeeded Generalleutnant der Infanterie, Victor Drabich-Waechter, who was killed in action on the Normandy front, age 54. The 326th Infantry Division spent its entire operational history on the Western Front, taking part in the Battles of Normandy under Army Group D (Heeresgruppe D) commander General Field Marshal, Günther von Kluge

and the Ardennes under Army Group B (Heeresgruppe B), commander General Field Marshal, Gerd von Rundstedt.

He then landed in U.S captivity until 20-06-1947 and retired in Eutin, where he at the age of 76 died, on 06-11-1973. Kaschner is buried on the Stadfriedhof of Eutin, his gravestone is alas removed, together with the Vice Admiral, Kommandeur Kreuzer Emden, Werner Lange, General der Flieger, Kommandeur Luftwaffe Hamburg, Alfred Mahncke, Generalmajor der Infanterie, Kommandeur 197th Infanterie Division