A Lieutenant General in the United States Army Air Forces during the Pacific campaign.

His body is never found, but there is a Remembrace stone on Arlington Cemetery 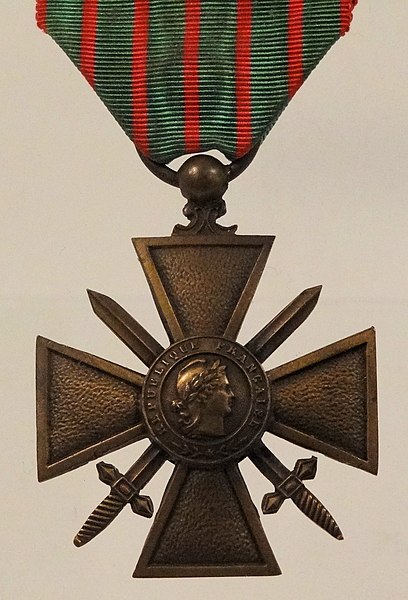 Harmon Jr., Millard “Miff”., born 19-01-1888 in Fort Mason, California, about one year before Adolf Hitler (did you know), was from a military family, his father was a colonel, one brother a Major General and another a colonel. He graduated from the United States Military Academy in 1912 and was commissioned a second lieutenant in the infantry, serving with the 28th and 9th Infantry Regiments. In 1914 he was ordered to the Philippines, and two years later detailed to the newly-organized Aviation Section, U.S. Signal Corps. That year he accompanied the Mexican Punitive Expedition and did aerial patrol work along the border. Two weeks before the United States entered World War I, Harmon, then a first lieutenant, was on his way to France. There he attended aviation schools in Paris, served at Allied and American headquarters, and was finally attached to the French 13th Group de Combat as a pilot during the Somme defensive, for which he was awarded the Croix de Guerre. In July 1920, Harmon, now a major and stationed at France Field in Panama, transferred to the Army Air Service, precursor of the Air Corps. In April of the following year, he returned to Washington where he served as a member of the Advisory Board of the Air Service. During the years of peace, he continued his training, graduating from the Command and General Staff School and the Army War College. He taught military science and tactics at the University of Washington in Seattle, was assigned as an instructor in the Command and General Staff School, and served with the War Department General Staff for two years. From 1927 to 1930, he was Commandant of the Air Corps Primary Flying School at March Field, California., during which time he came into contact with the young men then entering aviation training. He commanded Barksdale Field

and the 20th Pursuit Group for four years. In 1936, as a lieutenant colonel, he went to Hawaii to command Luke Field and the 5thBombardment Group. In 1938 he returned to the United States to become Assistant Commandant of the Air Corps Tactical School at Maxwell Field, Alabama. After two years of service there, he was assigned for brief periods to Randolph Field, Texas, and Hamilton Field, California. On. 01-10-1940, while he was in command at Randolph Field, he was promoted to Brigadier General. In January 1941, Harmon was sent to the United Kingdom as an Air Observer – he was already rated a command pilot, combat observer and technical observer – serving in that capacity and as a member of the Harriman Mission until April. On his return to the United States, he was assigned as Commanding General of IV Interceptor Command, Fourth Air Force. On 11-07-1942 he was appointed Major General, and a week later was placed in command of the Second Air Force, with headquarters at Fort George Wright, Washington.

In December of that year he was assigned as acting Commanding General of the Air Force Combat Command. On 26-01-1942, he became Chief of the Air Staff, Army Air Forces. With 30 years combat and command experience as a ground and air officer, General Harmon was well qualified to command Army Forces in an area of increasing strategic importance where air power was to play a dominant role. In July 1942, General Harmon was appointed Commanding General of U.S. Army Forces in the South Pacific Area, an area that was under Navy command. In November, Admiral, William “Bull” Halsey assumed command of the South Pacific, and the two formed a perfect team. In 1944, at the conclusion of his mission and before he went to another command, Admiral Halsey wrote, “I was particularly fortunate in having Harmon as Commanding General of the Army Forces; his sound advice and wholehearted cooperation in attaining the common goal were outstanding contributions to the joint effort.” On 02-02-1943, Harmon was promoted to Lieutenant General. Until September of the following year, he commanded the Army Forces in the South Pacific Area, and then moved to a new command, Army Air Forces in the Pacific Ocean areas. At the same time, he was designated Deputy Commander of the Twentieth Air Force, under the command of General Henry “Happy” Arnold. Under his command, the B-29 Superfortress strategic bomber began their bombardment of Japan from the Air Force General, Commanding General U.S. Army Forces, Marianas, and the Air Forces in the area was reorganized.

On 25-02-1945, a B-24 Liberator carrying General Harmon, and Brigadier General James Roy Andersen, age 40, his Chief of Staff, departed Guam for Washington, D.C. via Kwajalein and Hawaii. Their aircraft reached Kwajalein Island safely,

but disappeared the next day after taking off for Hawaii. Despite the most intensive search by Army and Navy planes and surface vessels, no trace of the plane was ever fund and there were no survivors. He was declared dead on 25-02-1946, one year after he disappeared. There is a Remembrance stone on Arlington Cemetery.