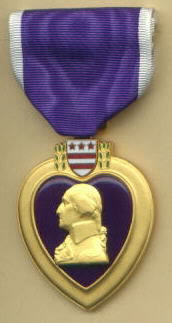 until 30-06-1942. The Germans thought the 88th was an elite storm trooper Division. This was most likely due to parallels between the “Blue Devil” nickname and patch rocker and the German SS’s use of the Totenkopf

death’s head insignia. Casualties of the 88th in 344 days of combat, 15.173 casualties, killed, wounded or missing. The 88th was driving through the Dolomite Alps toward Innsbruck, Austria where it linked up with the 103rd Infantry Division, nicknamed “ Cactus Division”

in Africa and Italy as assistant Commanding General with John “old Luke” Lucas. During the war, 4.922 of the 3rd Division were killed in action, and 18.766 wounded with a further 636 who died of wounds. Elements of the 7th Infantry Regiment, nickname “Cottonbalers”

serving under the 3rd Infantry Division had the honor of capturing Hitler’s retreat at Berchtesgaden.

in Italy and France.Before the 1930s, the division’s symbol was a red square with a yellow swastika, a tribute to the large Native American population in the southwestern United States. The 45th was involved in the Biscari massacre includes two World War II incidents in which U.S. soldiers were involved in killing 73 unarmed Italian and German prisoners of war (POWs) at Biscari, southern Sicily, Italy, on 14-07-1943. Following the capture of the Biscari airfield troops of the 180th Infantry killed 71 Italian and two German POWs in two separate incidents. In the first incident, 36 Italians died, while the second killing involved 35 Italians and two Germans.

On the same day, and near the same airfield, Sergeant Horace B. West was ordered to escort a recently captured group of prisoners to the rear for interrogation. Along the way, West halted the column and shot 35 Italian prisoners and 2 German prisoners with his Thomson submachine gun. After the liberation of the concentration camp Dachau, some veterans of the 45th Infantry Division have said that only 30 to 50 German soldiers were killed and that very few were killed trying to surrender, while others have admitted to killing or refusing to treat wounded German guards. During World War II, the 45th Division fought in 511 days of combat. Eight soldiers were awarded the Medal of Honor during their service with the 45th Infantry Division: Soldiers of the division received 61 Distinguished Service Crosses, three Distinguished Service Medals, 1.848 Silver Star Medals, 38 Legion of Merit medals, 59 Soldier’s Medals, 5.744 Bronze Star Medals, and 52 Air Medals. The division received seven distinguished unit citations and eight campaign streamers during the conflict. The division suffered 3.650 killed in action, 13.729 wounded in action, 3.615 missing in action, 266 captured, and 41.647 non-battle casualties for a total of 62.907 casualties during the war. General Eagles himself was wounded on 30-11-1944. From 30-06-1945 until 12-01-1946 he was Commanding General Infantry Replacement Training Center, Camp Hood, Texas. From January 1946 to Mai 1946 President of Interview Boards, Regular Army Integration Program. From 31-07-1946 attached  to the 1st Army

, from 01-08-1946 Commanding General 9th Division. His last position was as Member of Army Personnel Board and General Eagle retired from the Service in 1953.

William Eagles passed away, age 93 on 20-02-1988 in Bethesda, Maryland, and is buried with his wife Dorothy Van Slyck on Arlington National Cemetery in Section 1. 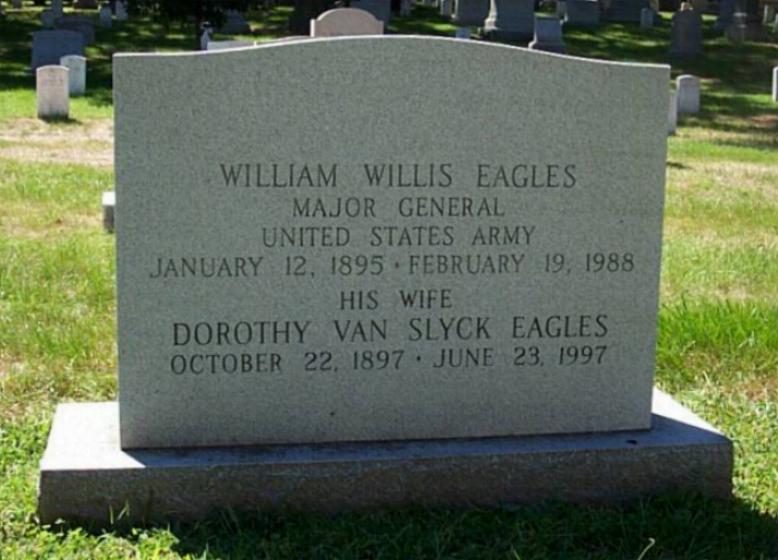