united statesArmyGeneralmajor
Bonesteel, Charles Hartwell “Tick”, born on 26-09-1909 in New York City, was an American military commander, the son and grandson of American military officers. His father was the WWII  Major General, Charles Bonesteel Jr, mother Caroline Bonesteel, born Hudson, she died age 80 in 1965. As a teenager, Charles was an Eagle Scout.
He was later awarded the Distinguished Eagle Scout Award

by the Boy Scouts of America.

Bonesteel was a Rhodos Scholar at the University of Oxford. He 1931 graduated of the United States Military Academy, Bonesteel received the lifelong nickname of “Tick.”  He had one sister Elonore and married Alice Pratt, she died age 73, on 17-04-1993. They had one son, also Charles Hartwell. Bonesteel III served in the United States and Europe during World war II in a number of senior staff assignments. At the beginning of World War II, he is Commanding Officer of the 19th Infantry Regiment 1938-40 and following Chief of Staff VI Corps Area & 2nd US. Army 1940. With the surrender of Japan imminent, Bonesteel, General George A Lincoln and Colonel Dean Rusk of the Strategy Policy Committee at the Pentagon were tasked with drawing up General Order No 1 to define the areas of responsibility for US, Soviet and Chinese forces. 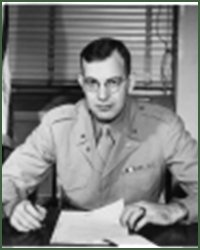 George Lincoln                 Dean Rusk                               Charles Hartwell
He was Commanding General, Western Defense Command 1944, assistant to Commanding General, 12th Army Group 1944 and Commander, G1 (Personnel) Section, Headquarters SHAEF 1944-45. On 10 August 1945 with Soviet forces already moving through Manchuria into northern Korea, Bonesteel proposed the 38th parallel as the Division of Korea. The draft General Order was cabled to the Soviets on 15 August and accepted by them the following day. He wore the eyepatch because of a detached retina.

during the attack on Pearl Harbor