The bombing of Dresden was a British/American aerial bombing attack on the city of Dresden, the capital of the German state of Saxony, that took place during the Second World War in the European Theatre. Germany would be forced to surrender three months later. Till February 1945 the beautiful city was never bombed and for the fugitives a “save” city. 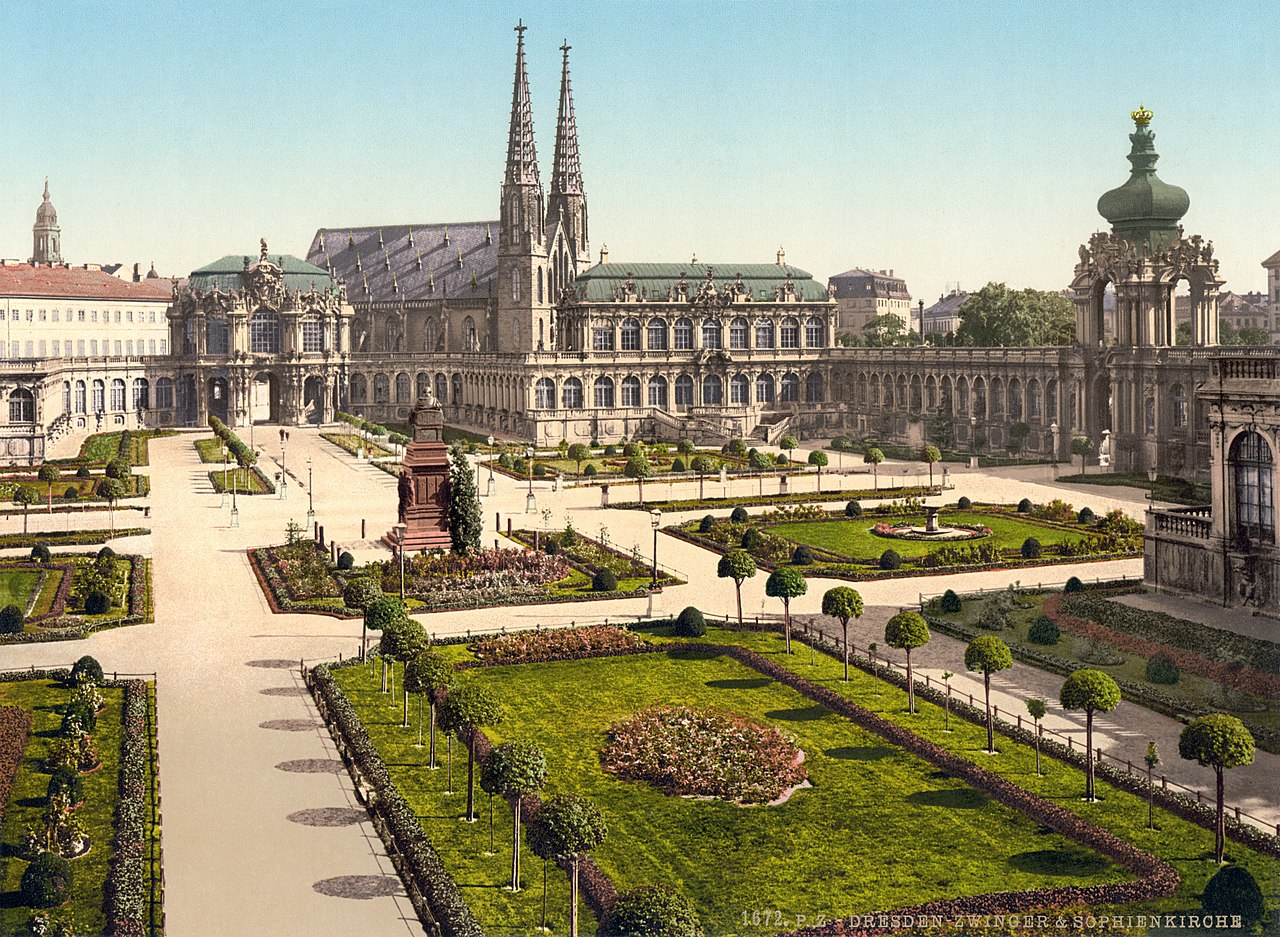 In four raids between 13 and 15 February 1945, 722 heavy bombers of the British Royal Air Force (RAF) and 527 of the United States Army (USAAF) ordered by Bomber Arthur Harris

dropped more than 3.900 tons of high-explosive bombs and incendiary devices on the city. The bombing and the resulting firestorm destroyed over 1.600 acres (6.5 km2) of the city centre. An estimated 22.700 to 25.000 people were killed. Three more USAAF air raids followed, two occurring on 2 March aimed at the city’s railroad marshalling yard and one small raid on 17 April aimed at industrial areas.

Immediate German propaganda claims following the attacks and post-war discussions  on whether the attacks were justified has led to the bombing becoming one of the moral causes célèbres of the war. A 1953 United States Air Force report defended the operation as the justified bombing of a military and industrial target, which they claimed was a major rail transport and communication centre, housing 110 factories and 50.000 workers in support of the German war effort. Several researchers have asserted that not all of the communications infrastructure, such as the bridges, was targeted, nor were the extensive industrial areas outside the city centre. Critics of the bombing argue that Dresden was a cultural landmark of little or no military significance, and that the attacks were indiscriminate area bombing and not proportionate to the commensurate military gains.

According to official German report Tagesbefehl (Order of the Day) no. 47 (“TB47”) issued on 22 March the number of dead recovered by that date was 20.204, including 6,865 who were cremated on the Altmarkt square, and they expected that the total number of deaths would be about 25.000. Another report on 3 April put the number of corpses recovered at 22,096. Three municipal and 17 rural cemeteries outside Dresden recorded up to 30 April 1945 a total of at least 21.895 buried bodies of the Dresden raids, including those cremated on the Altmarkt. Between 100.000 and 200.000 refugees fleeing westwards from advancing Soviet forces were in the city at the time of the bombing. Exact figures are unknown, but reliable estimates were calculated based on train arrivals, foot traffic, and the extent to which emergency accommodation had to be organised. The city authorities did not distinguish between residents and refugees when establishing casualty numbers and “took great pains to count all the dead, identified and unidentified”.] This was largely achievable because most of the dead succumbed to suffocation; in only four places were recovered remains so badly burned that it proved impossible to ascertain the number of victims. The uncertainty introduced by this is thought to amount to a total of no more than 100 35,000 people were registered with the authorities as missing after the raids, around 10,000 of whom were later found alive.

A further 1.858 bodies were discovered during the reconstruction of Dresden between the end of the war and 1966. Since 1989, despite extensive excavation for new buildings, no war-related bodies have been found. Seeking to establish a definitive casualty figure, in part to address propagandisation of the bombing by far-right groups, the Dresden city council in 2005 authorized an independent Historian’s Commission (Historikerkommission) to conduct a new, thorough investigation, collecting and evaluating available sources. The results were published 2010 and stated that a minimum of 22,700 and a maximum of 25,000 people were killed.

“. . . scores of Mustang fighters diving low over the bodies, huddled on the banks of the Elbe, as well as on the larger lawns of the Grosse Garden, in order to shoot them up.” “Those innocents who lost their lives in Dresden were killed – not because of something they had done, but because of an accident of birth. Those who died in the Dresden Holocaust on February 13-14, 1945 were simply Germans.” During the entire war, England suffered less about 50,000 casualties from bombings. 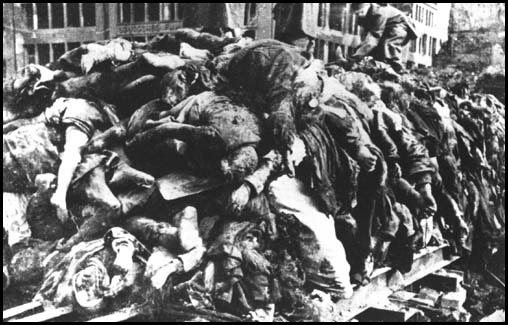 Ilya Ehrenburg, the leading Soviet propagandist who agitated for genocide against Germans.