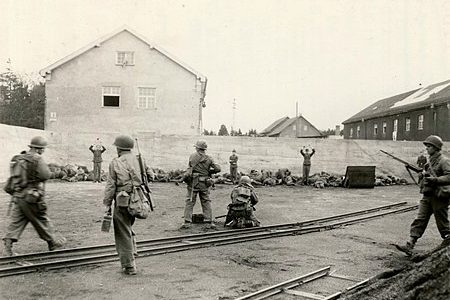 The Dachau liberation reprisals: Upon the liberation of Dachau concentration camp, about a dozen guards in the camp were shot by a machine gunner who was guarding them. Other soldiers of the 3rd Battalion, 157th Infantry Regiment, of the US 45th (Thunderbird) Division

killed other guards who resisted. In all, about 30 were killed, according to the commanding officer Felix Laurence Sparks, the commander who led the 3rd Battalion of the 157th Infantry Regiment

wrote that more than 500 were killed. 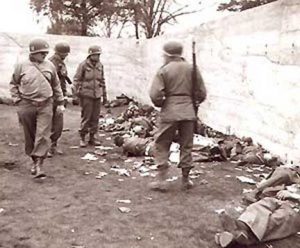 Eight weeks past his 90th birthday, Felix L. Sparks died in Colorado from complications due to pneumonia. 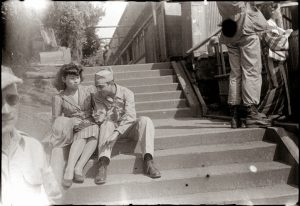 Secret wartime files made public only in 2006 reveal that American GIs committed 400 sexual offenses in Europe, including 126 rapes in England, between 1942 and 1945. A study by Robert J. Lilly estimates that a total of 14,000 civilian women in England, France and Germany were raped by American GIs during World War II. It is estimated that there were around 3,500 rapes by American servicemen in France between June 1944 and the end of the war and one historian has claimed that sexual violence against women in liberated France was common. 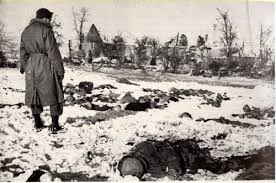 In the aftermath of the Malmedy massacre, in which 84 American prisoners of war were killed by their German captors near Malmedy, a written order from the HQ of the 328th US Army Infantry Regiment,

dated 21 December 1944, stated: No SS troops or paratroopers will be taken prisoner but will be shot on sight. Major-General Raymond Hufft (US Army)

gave instructions to his troops not to take prisoners when they crossed the Rhine in 1945. “After the war, when he reflected on the war crimes he authorized, he admitted, ‘if the Germans had won, I would have been on trial at Nuremberg instead of them.'” Stephen Ambrose related: “I’ve interviewed well over 1000 combat veterans. Only one of them said he shot a prisoner … Perhaps as many as one-third of the veterans … however, related incidents in which they saw other GIs shooting unarmed German prisoners who had their hands up.”

Friedrich Kussin, the first German General to be killed during Operation Market Garden. 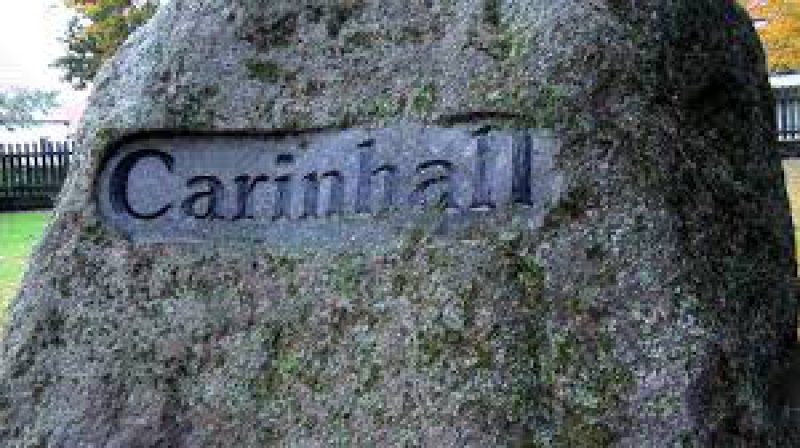 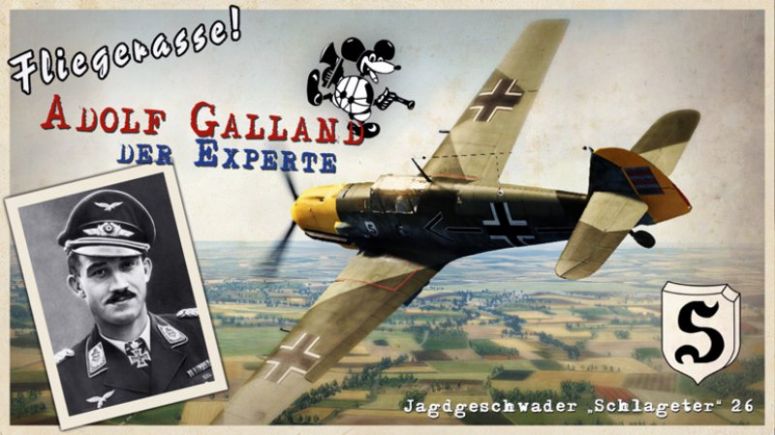 Jürgen Stroop, the destructor of the Warsaw ghetto.
Child soldier in the Soviet Union, 1944. Military use of children ...