Anna Elisabeth Henkell, born 12-01-1896 in Mainz, known as “Annelies” to her friends was the daughter of wealthy champagne producer Otto Henkell and his aristocratic wife Katharina. Annelies was intelligent but her health problems throughout her life. She had a temporary engagement to Herman Hommel in her early twenties, but when met Joachim von Ribbentrop in 1919 she fell for him. Von Ribbentrop a good looking Oberleutnant, with sprinkling blue eyes, handsome, a great dancer, good dressed, a gentlemen, a real dandy and was well traveled, especially in Europe. Annelies didn’t agree at all with his views of the world and his arrogance but she was fascinated by him. Despite her parent’s disapproval, they married on 20-07-1920, Annelies was 24 years old. Annelies’s mother hated Joachim and did not want her daughter to marry him. Her mother called her a very headstrong and stubborn young woman who had much ambition for her husband and that she was a bit of a “bitch” as we say nowadays. Annelies mother said of Joachim: “Isn’t it ironic that the most stupid of my son-in laws should have gone the furthest?” Between 1921 and 1940, Annelies gave birth to five children.

From the beginning von Ribbentrop was heavy under influence of Annelies who both loved and dominated him and she wears the trousers. She was a very controlling woman and made all the political decisions; it was she who urged her husband to join the National Socialist party.

The Ribbentrop’s hosted the secret Nazi meetings that led to Hitler becoming Chancellor in 1933 and at one of these meetings,

Hitler himself remarked on how Annelies wore the trousers in the relationship. Becoming a close confidant of the Führer, much to the disgust of long serving party members, von Ribbentrop became Ambassador to Britain in 1936, and then Foreign Minister in February 1938 due to his strong contacts in Britain, although the war meant that his diplomatic record was mainly one of failure. Joachim von Ribbentrop was arrested after the war ended and became  the first of the Nazi defendants to be hanged in 1946. Annelies von Ribbentrop remained a strong national socialist and was imprisoned in the former Dachau concentration camp. Her vast fortune was impounded but later returned with restrictions. In her later years she took in interest in the management of her family business, Sektkellerei Henkell,

and wrote several books and articles  defending her husband and her own actions. She used a lot of money and effort on judicial procedure in Berlin, Munich, London and  Paris. Mostly for what she considered slander against Joachim and to recover her estate in Berlin, the Wilhelm Leuschner Haus. 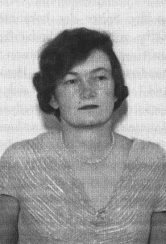 Fritz Bracht, the “Beast of Auschwitz”
Herta Oberhauser an assistant to Karl Gebhardt in Ravensbrück.