“Japanese skulls were much-envied trophies among U.S. Marines in the Pacific theater during World War II. The practice of collecting them apparently began after the bloody conflict on Guadalcanal, when the troops set up the skulls as ornaments or totems atop poles as a type of warning. The Marines boiled the skulls and then used lye to remove any residual flesh so they would be suitable as souvenirs. U.S. sailors cleaned their trophy skulls by putting them in nets and dragging them behind their vessels. Winfield Townley Scott wrote a wartime poem, ‘The U.S. Sailor with the Japanese Skull” that detailed the entire technique of preserving the head skull as a souvenir. Referring to this practice, Edward L. Jones, a U.S. war correspondent in the Pacific wrote in the February 1946 Atlantic Magazine, “We boiled the flesh off enemy skulls to make table ornaments for sweethearts, or carved their bones into letter-openers.” On occasion, these “Japanese trophy skulls” have confused police when they have turned up during murder investigations. It has been reported that when the remains of Japanese soldiers were repatriated from the Mariana Islands in 1984, sixty percent were missing their skulls.” 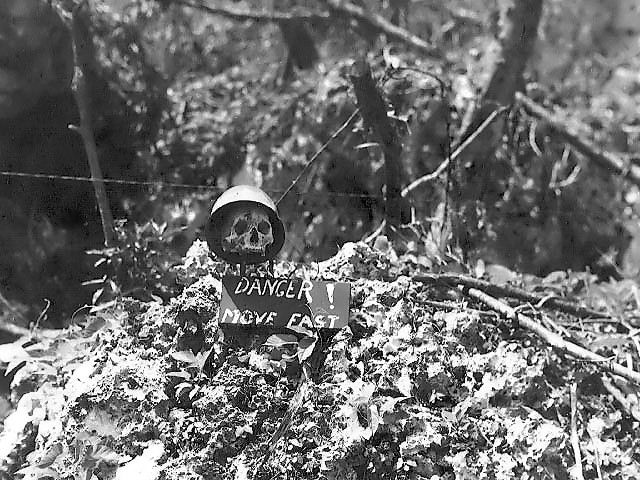 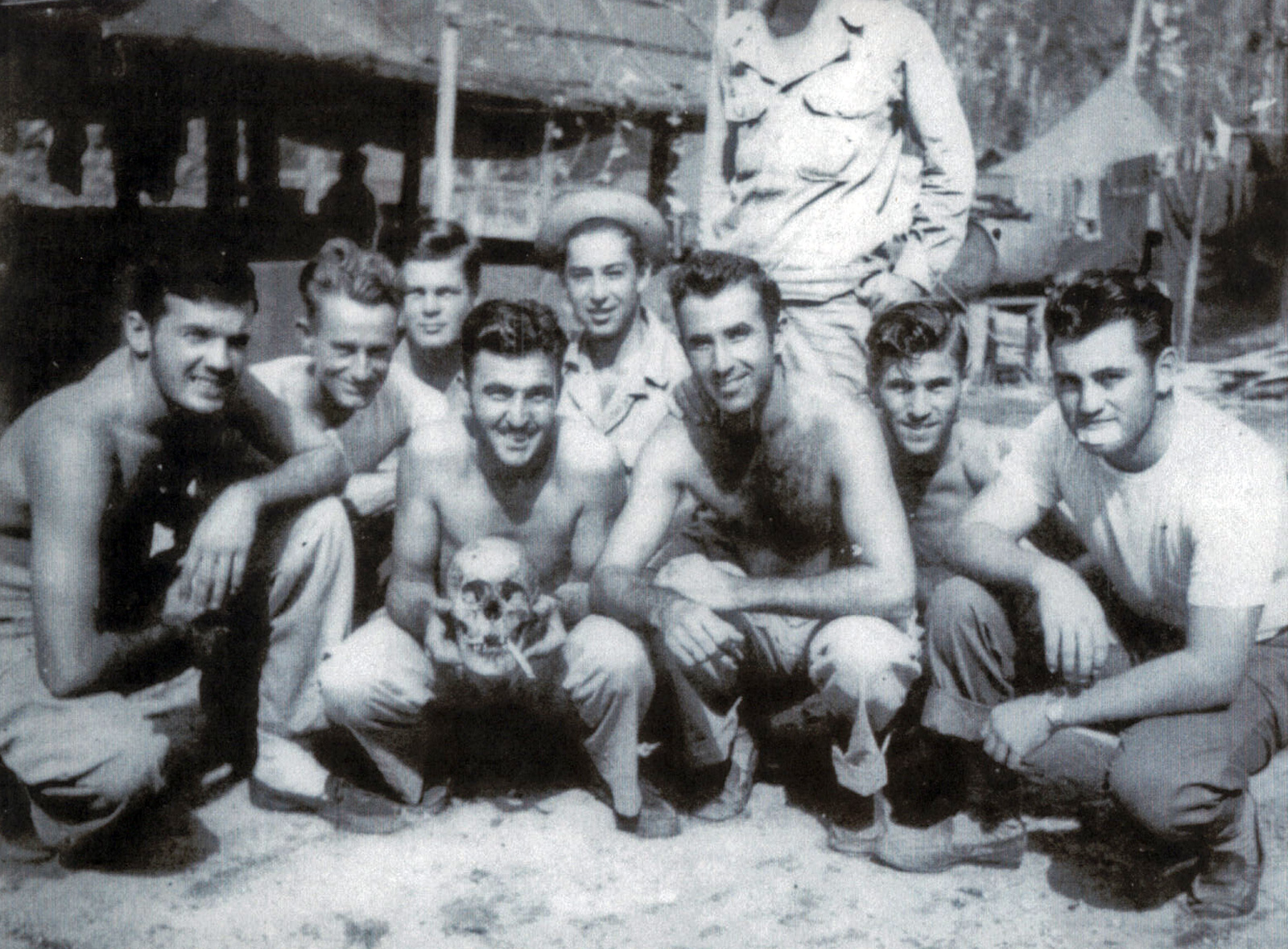 The collection of Japanese body parts began quite early in the war, prompting a September 1942 order for disciplinary action against such souvenir taking.

Harrison concludes that, since this was the first real opportunity to take such items (The Battle of Guadalcanal), “clearly, the collection of body parts on a scale large enough to concern the military authorities had started as soon as the first living or dead Japanese bodies were encountered.”

When Japanese remains were repatriated from the Mariana Islands after the war, roughly 60 percent were missing their skulls.

The phenomenon of “trophy-taking” was widespread enough that discussion of it featured prominently in magazines and newspapers, and Franklin Roosevelt

himself was reportedly given a gift of a letter-opener made of a man’s arm (Roosevelt rejected the gift and called for its proper burial). 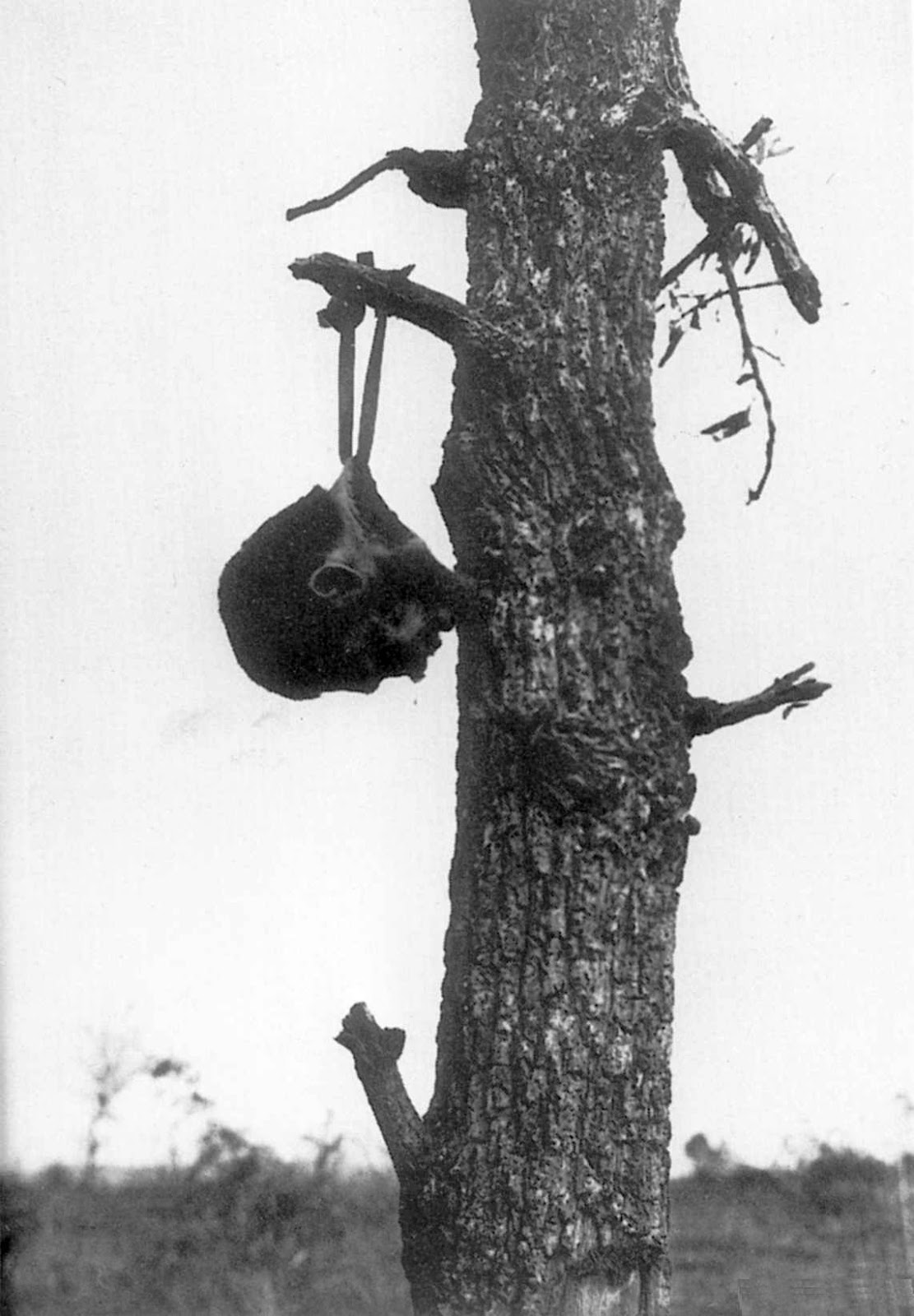