President of the U.S.A in war time.

of Dutch and English ancestry to James Roosevelt, scion of a noted, wealthy family, and his second wife, Sara Delano Roosevelt. Franklin led a sheltered youth, educated by governesses, his life revolving about the Hyde Park family estate, and rural Dutchess County, trips to Europe, athletics (especially swimming and boating), and hobbies such as stamp and bird collecting. 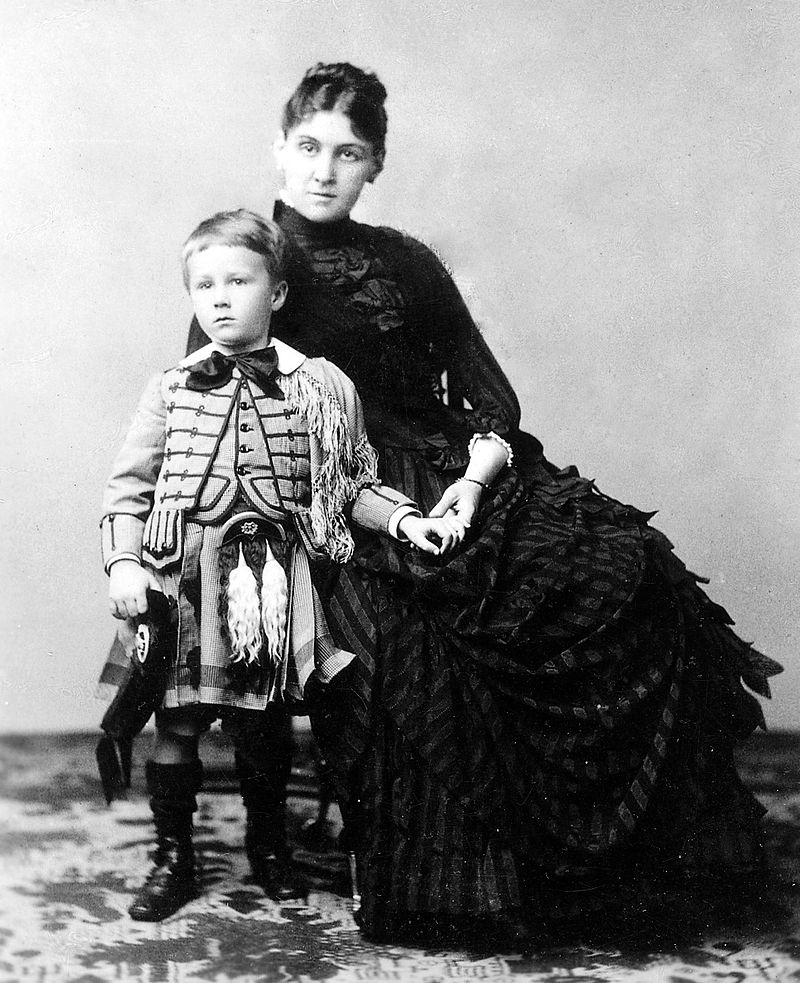 At the exclusive Groton School, Groton Massachusetts, Franklin was imbued with a sense of social responsibility. He was an average student at Harvard University, edited the Harvard Crimson in his senior year, and after graduation (1903) attended (1904-07) the Columbia Law School. He dropped out of law school upon admissions to the New York bar and worked (1907-1910) for a Wall Street law firm. Franklin married a distant cousin, a shy young woman, Anna Eleanor Roosevelt, on 17-03-1905.

Roosevelt gained quick recognition by his leadership of upstate New York Democrats in a fight against Tammany Hall’s nominee for U.S. Senate. The Roosevelt name and his progressive image won him the party’s vice-presidential nomination in 1920 on the ticket with the conservative newspaper publisher Governor. James M. Cox of Ohio. The democrats had little hope of victory. In the summer of 1921, while vacationing at his summer home on Campobello Island, Roosevelt was stricken Poliomyelitis. Recovery was slow and the family’s wealth appeared adequate to allow him a genteel retirement to the Hyde Park estate, a course urged by his mother. He permanently lost the use of his legs. At the Democratic National Convention of 1924, Roosevelt signalled his return to politics with the Happy Warrior Speech that placed Governor Alfred Emmanuel Smith

of New York in nomination for the presidency. Roosevelt’s opponents claimed that he was intellectually and physically unfit for the presidency. Anxious to believe such charges, he chartered a Ford trimotor airplane and, as a  dramatic gesture, flew to Chicago; there, at the Democratic National Convention, he pledged to the American people a New Deal. Faced with the prospect of governing the nation in the worst economic crisis in its history, Roosevelt desired and examination of causes and remedies free from the pressures of a political campaign

In the Forgotten Man speech drafted by Moley, Roosevelt presented the group’s theory that productivity had out spaced the capacity of farmers and labourers to consume. The Depression

helped give Roosevelt an overwhelming victory in November. On the eve of the March 1933 inauguration, the nation’s banking system collapsed as millions of panicky depositors tried to withdraw savings that the banks had tied up in long-term loans. Approximately 12 to 14 million Americans were unemployed, and business nearly ground to a halt. In ringing tones, Roosevelt told the nation that “the only thing we have to fear is fear itself” and promised effective leadership in the crisis. Roosevelt had hoped to keep the United States out of World War II, which began in September 1939, although he urged preparedness and advocated that the nation should serve as an arsenal for the democracies. During World War II, Roosevelt and Winston Churchill,

Great Britain’s prime minister, personally determined Allied military and naval strategy in the West. They gave priority to Germany’s defeat and, in view of Adolf Hitler’s  (did you know)

claim that Germany was never defeated, only betrayed, in the first war, insisted on unconditional surrender. Roosevelt allowed Hitler’s half nephew, William Patrick  to join the American Navy. The Roosevelt presidency proved on of the most eventful in U.S. history. In the face of the potential collapse of the capitalist system, Roosevelt ushered in the interventionist state, which managed the economy in order to achieve publicly determined ends.