Russia, the son of the German doctor Alexander Schmorell and the Russian Natalia Vedenskaya. He spent the first several years of his life in Orenburg. His grandfather, the German merchant Karl-August Schmorell, became the first from his family to live in Russia.

Hailing from Prussia, he moved to Orenburg at the age of 23. Settling down, he set up a fur shop, Lavka Schmorell, on Nikolaevsky Street in the center of the city. In 1879, Karl August invested in a new venture: he built the first steam-powered lumber mill in Orenburg. Some of his compatriots already had businesses in the city. They were almost all famous and well-respected in society. Klump, Fokerodt, Oberlender, Hoffman, these names were for decades connected with Orenburg. Some of these relative newcomers obtained Russian citizenship, some remained loyal to the German government, but they all felt that they were Orenburgites, and helped the city flourish. As a rule, their background and religion, and their belonging to the merchant class, as well as their prolific breeding with some having ten or more children resulted in many families being interrelated. After the death of his mother in 1921 his father took him to live in Munich. While at secondary school he met Christoph Probst.

before entering the German Army. He was sent to Austria before taking part in the occupation of Czechoslovakia in 1938. Schmorell was allowed to return to Germany where he became a medical student at the University of Munich. 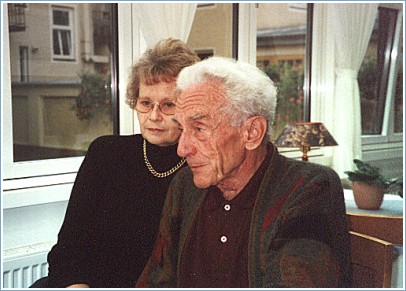 . The group decided to adopt the strategy of passive resistance that was being used by students fighting against racial discrimination in the United States. This included publishing leaflets calling for the restoration of democracy and social justice. In June, 1942, Schmorell, was called up as a medic during Operation Barbarossa.

He was accompanied by three fellow students from the University of Munich, Hans Scholl, Willi Graf and Jurgen Wittenstein. While on duty Schmorell and his friends witnessed Jews being murdered by the Schutz Staffel (SS) in Poland and the Soviet Union. When Schmorell returned to Germany in October, 1943, he and the White Rose began publishing leaflets about what he had seen while in duty. The leaflets were at first sent anonymously to people all over Germany. Taking the addresses from telephone directories, they tended to concentrate on mailing university lecturers and the owners of bars. In Passive Resistance to National Socialism, published in 1943 the group explained the reasons why they had formed the White Rose group: “We want to try and show that everyone is in a position to contribute to the overthrow of the system. It can be done only by the cooperation of many convinced, energetic people – people who are agreed as to the means they must use. We have no great number of choices as to the means. The meaning and goal of passive resistance is to topple National Socialism, and in this struggle we must not recoil from our course, any action, whatever its nature. A victory of fascist Germany in this war would have immeasurable, frightful consequences.” The White Rose group believed that the young people of Germany had the potential to overthrow Adolf Hitler and the Nazi government. In one leaflet,

Fellow Fighters in the Resistance, they wrote: “The name of Germany is dishonoured for all time if German youth does not finally rise, take revenge, smash its tormentors. Students! The German people look to us.” The White Rose group also began painting anti-Nazi slogans on the sides of houses. This included “Down With Hitler”, “Hitler Mass Murderer” and “Freedom”. They also painted crossed-out swastikas. Members also began leaving piles of leaflets in public places. On 18th February, Hans Scholl and Sophie Scholl began distributing the sixth leaflet produced by the White Rose group. Jakob Schmidt,

saw them at the University of Munich, throwing leaflets from a window of the third floor into the courtyard below.

He immediately told the Gestapo and they were both arrested. They were searched and the police found a handwritten draft of another leaflet. This they matched to a letter in Scholl’s flat that had been signed by Christoph Probst. The three members of the White Rose group appeared before the People’s Court judge,  Roland  Freisler, on 20th February.

Found guilty of sedition they were executed by guillotine a few hours later. Inge Scholl and her parents were also arrested and imprisoned.

Over the next few weeks Schmorell, Kurt Huber, Willi Graf, Jugen Wittenstein and over eighty others suspected of being members of the White Rose group were taken into custody. Schmorell was found guilty of sedition and was executed on 13-07-1943. Alexander Schmorell, age 25, is buried on the cemetery Perlacher Forst in Munich. Close by the grave of SS Obergruppenführer, Kommandeur der SS-Panzer Grenadier Division “Wiking”

resistance man Christoph Probst and the brother and sister  Hans and Sophie Scholl.