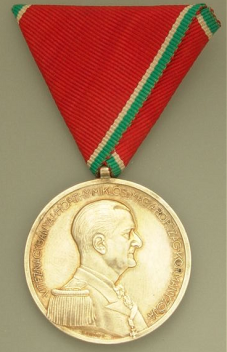 Rudel, Hans Ulrich, the son of Lutheran minister Johannes, was born on 02-07-1916, in Konradswaldau, Silesia.

to Johannes Rudel. His mother was Martha Mueckner and they were very happy with their wished family heir.

He had two older sisters Ingeborg and Johanna As a boy he was a poor scholar but a very keen sportsman. In August 1936, after his Abitur, he joined the Luftwaffe as an officer cadet, and began basic training at the “School of Air Warfare” at Wildpark-Werder. In June 1938 he joined I./Sturzkampfgeschwader 168, under Hauptmann Walter Sigel

, Sigel died on 08-05-1944, age 36, after crashing his Fieseler Storch into the Trondheimfjord, in Graz as an officer senior cadet. Rudel had difficulty learning the new techniques and was considered unsuitable for combat flying, so on 01-01-1939, he was transferred to the Reconnaissance Flying School at Hildesheim for training in operational reconnaissance. Rudel was a teetotaler and non-smoker. His fellow pilots coined the phrase Hans-Ulrich Rudel, er trinkt nur Sprudel, Hans-Ulrich Rudel, he drinks only mineral water. During the Polish Campaign at the start of World War II, he flew on long-range reconnaissance missions over Poland from Breslau. Rudel earned the Iron Cross 2nd Class on 11-10-1939 and the Knight Cross with Leaves and Swords on 25-11-1943.

After a number of requests he was reassigned to dive bombing, joining an Aviation Training Regiment at Crailsheim and then he was assigned to his previous unit, I./Sturzkampfgeschwader 3 at Caen in May 1940. He spent the Battle of Britain (see Bomber Harris)

as an First Lieutenant in a non-combat role. Still regarded as a poor pilot, he was sent to a Reserve Flight at Graz for dive bombing training. Assigned to I./Sturzkampfgeschwader 2

, based at Molaoi, his poor reputation, by then unjustified, preceded him and he also spent the invasion of Crete in a non-combat role. Rudel flew his first four combat missions on 23-06-1941, during the German invasion of the Soviet Union. His demonstrated piloting skills earned him the Iron Cross 1st Class on 18-07-1941. On 23-09-1941, he and another Stuka pilot sank the Soviet battleship Marat,

during an air attack on Kronstadt harbor in the Leningrad area, with hits to the bow using 1.000 kg bombs. He also started flying anti-tank operations with the ‘Kanonenvogel’, or G, version of the Ju-87, through the Battle of Kursk and into the autumn of 1943, claiming 100 tanks destroyed. Rudel was responsible for such huge damage to the Red Army that Joseph Stalin

himself put a price of 100.000 rubles on his head. In November 1944, he was wounded in the thigh and flew subsequent missions with his leg in a plaster cast.

On 08-02-1945, a 40 mm shell hit his aircraft. He was badly wounded in the right foot and crash landed inside German lines. He was wounded five times during his carreer.

His life was saved by his observer Ernst Gadermann,

who stemmed the bleeding, but Rudel’s leg was amputated below the knee.

Gadermann joined the Luftwaffe in 1941, where he worked as a doctor in Sturzkampfgeschwader 2 “Immelmann” on the Eastern Front. In addition to his medical work, he was quickly coopted to the wing staff.

Later he became an observer and gunner in the III. Group. During World War II he flew more than 850 combat missions in Junkers Ju 87 (Stuka) aircraft as a rear gunner. From May 1944 until 08-02-1945, he flew with the most decorated German serviceman of the war, Hans-Ulrich Rudel. On this last mission, a 40 mm shell hit their Ju 87. Rudel was badly wounded in the right foot and crash landed inside German lines. Gadermann saved Rudel’s life by pulling him from the severely damaged Ju 87 and stemming the bleeding. Later, Rudel’s leg was amputated below the knee. Gadermann served the remainder of the war in a Medical Observation Center in Brunswick.

Rudel flew 2.530 combat missions claiming a total of 2.000 targets destroyed, including 800 vehicles, 519 tanks, 150 artillery pieces, a destroyer, two cruisers, one battleship, 70 landing craft, 4 armored trains, several bridges and nine aircraft which he shot down. He returned to operations on 25-03-1945, claiming 26 more tanks destroyed before the end of the war. Determined not to fall into Soviet hands, he led three Ju 87s and four FW 190s westward from Bohemia in a 2-hour flight and surrendered to U.S. forces on 08-05-1945, after landing at Kitzingen airfield, held by the US 405th Fighter Group

.under command of Lieutenant Colonel J Garrett Jackson. Rudel had his men lock the brakes and collapse the landing gear to make the aircraft useless to the Americans and to render the airfield unusable by filling airstrip. Eleven months in a hospital followed. Released by the Americans, he moved to Argentina in 1948, together with SS Obersturmführer, Adolf Eichmann

on a boat and met Hauptsturmführer, Josef Mengele.

He was used by Juan Peron

to build up the Argentinian Luftwaffe and they became friends. Rudel returned to West Germany in 1953 and became a leading member of the nationalist political party, the German Reich Party. In Argentina he met the French Flyer Ace and Wing Commander, Pierre Clostermann

and they became dear friends,

Pierre was the godfather of his son Cristoph a child with his second wife and had already two sons Hans Ulrich and Siegfried from his first wife, Ursula. Hans Rudel was married three times and all women had the name Ursula.

He married the first Ursula in 1942 and they had the children, Hans Ulrich and Siegfried and the couple divorced about the time he “fled “to Argentina. He met his second Ursula

about a year later when he returned to Austria. He became a ski teacher, his favorite sport and there met the beautiful, young student. They married and got a son Christoph in 1969 and Hans got a stroke when Christoph was about one year old and the couple divorced a six years later. Hans married his third Ursula, born Daemisch, his physical therapist and when Hans died she married a Mr. Strauss and when he died he was buried in the grave of Hans Rudel and her name is already on the gravestone too. I got his biographic from Günther Just, but his third wife removed all pictures from Ursula 2 and Christoph. In spite of a very healthy sport life Hans Ulrich he didn’t grow old,

Death and burial ground of Rudel, Hans Ulrich “Eagle of the East front”.

Rudel died already, age 66, in Rosenheim on 08-12-1982, after a heart attack and was buried in Dornhausen, on the local cemetery.

after the entrance right near the side. During Rudel’s burial ceremony, what appeared to be two Bundeswehr phantoms made a low altitude fly-past over his grave where former World War II comrades were standing giving the Nazi salute, the German government didn’t agree with this homage. Four mourners were photographed giving Nazi salutes at the funeral, and were investigated under a law banning the display of Nazi symbols.