Rieckhoff, Herbert, born 25-12-1898 in Berlin, Gauleiter in Berlin was Josef Goebbels (did you know),

entered the Army Service on 11-01-1915, age 16, with the 1st Replacement Battalion Sea, in Kiel. He was in the fields of the first war with different regiments and with the 69th Infantry Regiment wounded

on 20-11-1917, ended the war as an observer with the Flying Battalion A 229, in the rank of Leutnant, retired from the Service on 31-03-1920 and joined the Police Service. He was reactivated in the growing, Hermann Goering’s (did you know), Luftwaffe 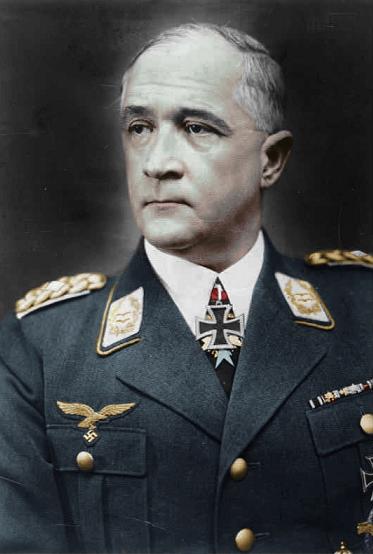 (did you know) in the Berlin Bunker, to take over the lead of the Luftwaffe. Rieckhoff was Commanding General and Commander of Air Region V in Stuttgart, until 02-04-1944 and landed in the Führer Reserve, as a Generalleutnant. The youngest Generalleutnant in WWII with 36, was Theodor Tolsdorff.