General Admiral and commander of the SMS "Hessen"

the first child and the son of the engineer Franz Marschall (1856–1905) and Käthe, widowed Rückriem, born Rehfeld (1850–1916). In early 1918, Leutnant Marschall married his fiancée Waltrud Gegenbaur (1896–1975), daughter of the lawyer and notary in Fulda Rudolf Gegenbaur. The marriage gave birth to four children, two sons and two daughters. The sons Gernot and Jürgen (born 1925) joined the navy, Gernot fell, Jürgen was last sea captain in the navy of the Bundeswehr. The daughters married Marinemänner, who both died in the war, one on 12-07-1943 on U 506, the other in 1945 during an escort of the destroyer “Z 14 Friedrich Ihn”.entered the Kaiserliche Marine 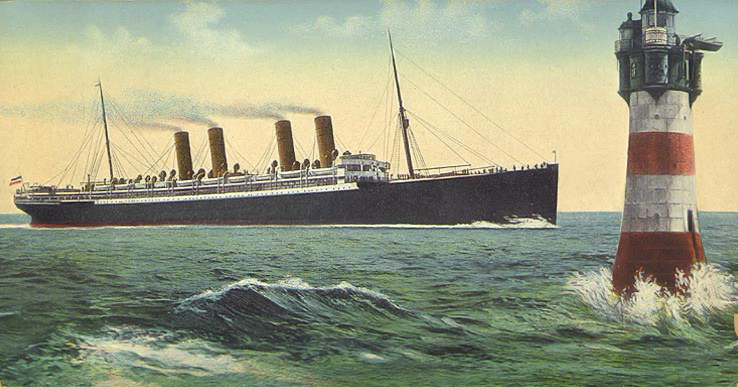 . In 1916 he was educated as a U-boat commander and captained both UC-74 and UB-105 by war’s end. While in the Reichsmarine, Marschall served primarily as a Vermessungsoffizier, surveying officer and in different staff positions. At the end of 1934 he became commander of the pocket battleship Admiral Scheer. As a Konteradmiral

in 1936, he joined the Naval High Command and headed the operations division. During the

Marschall commanded the German naval forces off of the Spanish coast. He was promoted to Admiral and Fleet commander) in 1939. Admiral Marschall, flying his flag in battleship Gneisenau, led the German naval force which intercepted and sank the British auxiliary cruiser Rawalpindi on 23-11-1939, while on patrol off Faroe Islands. On 08-06-940, during the latter part of the Norwegian Campaign, Marschall and part of his force, flagship Gneisenau, and her sister-ship Scharnhorst

fell in with British aircraft carrier Glorious and two destroyers Acasta and Ardent about 280 miles west of Harstad, Norway. In a two-hour action, Glorious and her accompanying destroyers were all sunk, in exchange for damage to Scharnhorst, struck by one of Acasta’s torpedoes. Although the battle was a German victory, Marschall had engaged Glorious despite orders to avoid action. His son Gernot a Leutnant zur See was sunk, age 21 on 3 0-04-1940 with his U boat on the Nordsee. Marschall’s differences with the High Command on this subject, and the severe damage to Scharnhorst during the engagement, ensured that Marschall was replaced as Flottenchef by Admiral Günther Lütjens

Lütjens, age 52, on 27-05-1941 was killed when a 14 in (360 mm) salvo fired by King George V destroyed the bridge, killing many senior officers and most of the ship’s crew lost their lives when Bismarck was caught and sank. Marschall led the inspection of naval education for two years beginning in the summer 1940. In 1942 Marschall was named Commanding Admiral of occupied France and replaced Alfred Saalwächter

as commander of Marinegruppenkommando West. Alfred Saalwächter was imprisoned by the Soviet Union on June 21-06-1945. He was convicted by a Soviet military tribunal of war crimes on 17 October and executed by firing squad in Moscow on 06-12-1945 age 62. In 1994, after the dissolution of the Soviet Union, Saalwächter was formally exonerated by a Russian court. His body is never found. On 01-02-1943 Marschall was promoted to Generaladmiral,

but was replaced as western commander by Admiral Theodor Krancke

and deactivated later that spring. During the remainder of the war, Marschall was reactivated twice, once as Sonderbevollmächtigter, special agent, for the Danube, and once as commander of the Marineoberkommando West shortly before war’s end. Marschall was a prisoner of war and released on 25-06-1947.

His son Gernot a  Leutnant zur See was drowned in the North Sea, age 21 on 30-04-1940, after his boat was torpedoed, his father Wilhelm Marschall died in Mölln, West Germany, on 20-03-1976, age 89 and is buried with his wife Waltrud, born Gegenbaur, who died age 79, on 21-10-1975, Section A, but his gravestone is meanwhile removed as Wolfgang Linke, reported. He luckily could make pictures just before the stone disappeared. Close by the graves of  Grossadmiral Erich Raeder.