A German lawyer and SS officer who rescued people hunted by the Nazi regime. 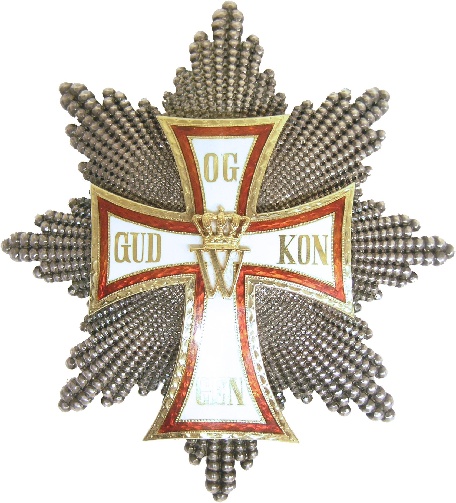 near Plettenberg in Westphalia, the only child of commercial manager Heinrich Pfeiffer and his wife Selma, born Breddermann. After passing his exams at Grammar school in Altena, he studied Law at Cologne University

. He obtained a Master’s degree in 1931 and in 1935 he successfully completed his bar examinations. From 1932 he was CEO of NSDAP

Gaurechtsamt South-Westphalia and additionally in 1933 legal adviser to the Reich Labour Service District (Gau) 20B. From 1934 he was Organisationswalter of NS-Rechtswahrerbund and afterwards was promoted to Hauptstellenleiter at National HQ of NSDAP im Reichsrechtsamt. From 1934 he worked as an unpaid adviser to the Organisation of Industrial Commerce, and became chairman of an arbitration body for metal industries. From 01-11-1939, Pfeiffer was head of the Department of Economy of the Berlin Bureau of the Occupied Polish Territories. After the foundation of the International Chamber of Law in 1941 he was appointed its first general secretary. This organisation was founded by the Chief jurist of Nazi Germany Hans Frank.

In winter 1944 he was Chief Assault Leader, SS-Hauptsturmführer, with RSHA Amt VI-III-Kult. Alongside his career in the NSDAP, he had a private legal practice, which provided him with the cover for his rescue activities. In 1927 as a student at Cologne University, Pfeiffer came into contact with National Socialism. From 1929 – 1931 he spent his university holidays as a legal counselor to the local NSDAP-Ortsgruppenleiter. He joined the party on 01-02-1932, no. 894.201). He was probably a member of the Storm Detachment, Sturmabteilung-SA, between 1933 and 1934. On 09-11-1938, thanks to a recommendation by Senior Group Leader, SS-Obergruppenführer, Friedrich-Wilhelm Krüger

, Pfeiffer joined the Protection Squadron (SS) (membership no 310.479) with the rank of a SS-Hauptsturmführer (Captain). Krüger committed suicide age 51, on 09-05-1945, in Steiermark, Austria. Pfeiffer was one of the few to receive the Honour Chevron for the Old Guard, Ehrenwinkel der Alten Kämpfer, was a Nazi Party decoration worn by members of the SS. Max Seela,

15-07-1911, died 31-07-1999, an SS-Obersturmbannführer here with the Honor Chevron on the right arm.  Early in summer of 1943 Pfeiffer was involved in communicating to the Nazi Government a separate treaty proposal by Josef Stalin

as can be read in the memoirs of Henry Picker

to see him in his residency at Obersalzberg to discuss my planned publication of “Hitler’s Table Talks”, I overcame my fear and informed him about a separate treaty proposal by Stalin which had been sent by Stalin to Stockholm. I did so at a request of a Berlin friend, the General Secretary of the International Rechtskammer, Dr. Helmut Pfeiffer, In the autumn of 1942, the Berlin Jewish pharmacist Dr. Ernst Silten

was told “that [Pfeiffer] would be able to prevent my deportation, if it was claimed that I was working on projects of economic importance.“ His long-time business-partner, Lubeckian industrialist Dr. Heinrich Dräger

Dräger died age 87, on 28-06-1986 in Lübeck, hired Helmut Pfeiffer to organise this, but before it could be arranged Dr. Ernst Silten committed suicide in March 1943 when the Gestapo came to arrest him. In 1938, Ernst Silten’s son Dr. Fritz Silten

had already emigrated from Germany, together with his wife Ilse, their daughter Gabriele and his mother, and had settled in Amsterdam, like the Anne Frank

family After the occupation of the Netherlands by the German Wehrmacht, their planned emigration to Argentina was refused. In June 1943 the family was deported to the Westerbork transit camp, commander Albert Gemmeker,

and in January 1944, to the Theresienstadt ghetto. Using his contacts, Pfeiffer sought to prevent or delay their deportation. Thanks to this and Dr. Dräger’s efforts, Fritz, Ilse and Gabriele Silten eventually survived the Nazi regime. Pfeiffer attempted to rescue not only the Siltens but also the attorney Dr. Philipp Kozower

(1894–1944), board member of Berlin’s Jewish community, who was deported to Theresienstadt in January 1943, with his wife and three young children. Unfortunately, Pfeiffer’s efforts in this case came too late; in autumn of 1944 the family had already been deported to the Auschwitz concentration camp and had been murdered. With Danish lawyer Erik Reitzel Nielsen, Pfeiffer worked for the release of Danish textile merchant Willy Levysohn

(1889– 16-03-1944, age 55 of pneumonia) from Theresienstadt after his arrest in August 1943. Most Danish Jews, including his wife and two children, managed to escape by September 30, 1943. Levysohn was transported to Theresienstadt on 14-10-1943  and died from “pneumonia” the following March. There are a few more reports about Pfeiffer’s activities which appear reliable though remain unverified: in 1942, or 1943, Pfeiffer sued Gestapo

members in Poland who had stolen the property of a so-called ‘Non-Aryan’. Consequently, the Gestapo reported Pfeiffer for this act. Pfeiffer got involved with the approximately 2000 Danish policemen who, in September 1944, had been arrested and deported by the German occupation forces, first to the Neuengamme concentration camp and further on to Buchenwald. Details of his activities are not known yet, but his intervention was repeatedly mentioned in the report of the Danish congressional investigation committee dated 25-10-1950. Another account of his rescue activities is a witness report by Dr. Mirjana Tomljenovic-Markovic, but due to a lack of further evidence this has so far not been confirmed: his last attempt to save people involved four Polish subjects (names unknown), three of them Jewish, whom he had already smuggled into Denmark. In April 1945 he unsuccessfully attempted to flee with them to Sweden. They were also transported to Gestapo HQ in Copenhagen and then to Vestre Prison, where it was intended to execute them on 27-04-1945. However, because of the increasing disorganisation of the Third Reich, these executions did not take place. Due to insufficient written proof of evidence, Helmut Pfeiffer, so far, has not been included in respective databases and memorials to rescuers. Initially Pfeiffer was considered unfit for active service because of a cardiac defect. As the war progressed he occupied “protected positions” that prevented him for being called up (so called ‘uk’). Around the beginning of 1944, his exemption from military service was cancelled due to doubts about his political soundness. Even so, he was able to postpone being called-up for a while. When he was eventually called up for SS tank destroyer troop training- and replacement-unit 1 on 05-01-1945, he planned his escape to Denmark. Friends arranged a fake appendectomy in a Copenhagen hospital to protect him from being arrested by the Gestapo. His stay in hospital was even prolonged with pyrogenic drugs. On the night of April 10/11, 1945, he tried to escape to Sweden by boat, but in vain. The boat was captured either by water police or by the marine coast-guard. Pfeiffer and his comrades were taken to Gestapo-HQ (Dagmar House) and subsequently transferred to Vestre Prison

On 17-04-1945, Pfieffer was found strangled in his cell. His client, Heinrich Dräger, successfully hid his involvement with the rescue of Jews until the end of World War II. Pfeiffer is buried in Copenhagen’s Vestre Kirkegaard. His grave is looked after by the German War Graves Commission.