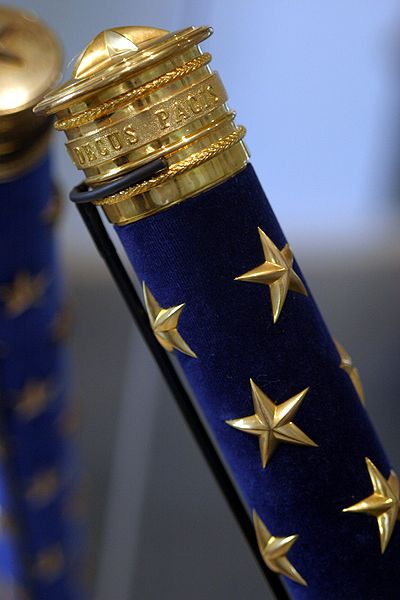 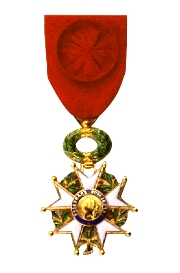 Petain, Henri Philippe Benomi Omer Joseph, born, 24-04-1856, in Cauch-a-la-Tour, Calais. He joined the French Army in 1876 and attending the St Cyr Military School and spent many years as an infantry officer and an army instructor. After studying the Russo-Japanese War. Petain became convinced that the increased fire-power of modern weapons strongly favoured the defensive. Others in the French Army, for example, Ferdinand Foch, he died age 78, on 1929, 23-07-1951,

believed the opposite to be true. On the outbreak of the First World War Petain was due to retire from the army. Instead he was promoted to brigadier and took part in the Artois Offensive. In 1915 Joseph Joffre,

he died age 79, in 1931, sent Petain to command the French troops at Verdun. Afterwards Petain was praised for his artillery-based defensive operations and his organisation of manpower resources, (see Did you know). After the disastrous Nivelle Offensive in the spring of 1917, the French Army suffered widespread mutinies on the Western Front. Petain replaced Robert Nivelle,

he died age 67, in 1924, as Commander-in-Chief. This was a popular choice as Petain, unlike Nivelle, had a reputation for having a deep concern for the lives of his soldiers. By improving the living conditions of the soldiers at the front and restricting the French Army to defensive operations, Petain gradually improved the morale of his troops. Considered to be too defensively minded, it was Ferdinand Foch, rather than Petain who was given the main role in the Allied offensive in the autumn of 1918. Promoted to Field Marshal two weeks after the Armistice, Petain remained active in French military affairs and served as War Minister in 1934. In 1940, aged 83, Petain agreed to head the Vichy government in occupied France.

Petain fed to Switzerland after the Normandy landings but when he returned in April, 1945, he was arrested and charged with treason.

Over the following years Pétain’s lawyers and many foreign governments and dignitaries, including Queen Mary

and the Duke of Windsor

, appealed to successive French governments for Pétain’s release, but given the unstable state of Fourth Republic

politics no government was willing to risk unpopularity by releasing him. As early as June 1946 U.S. President Harry Truman

interceded in vain for his release, even offering to provide political asylum in the U.S. A similar offer was later made by the Spanish dictator General Franco

Petain was found guilty of and sentenced to death for aiding the German enemy. The sentence was later commuted to life imprisonment. 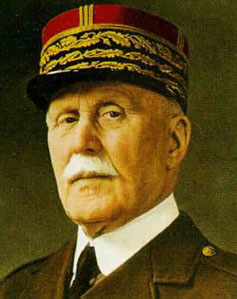 Henri-Philippe Petain died in prison, Île d’Yeu, Pays de la Loire, old age 95, on 23-07-1951. Philippe Pétain is buried on the cemetery Port Joinville, Iles de Jeu. In February 1973, Pétain’s coffin was stolen from the Île d’Yeu cemetery by extremists who demanded that President Georges Pompidou consent to his interment in the Douamont cemetery

among the war dead. Authorities retrieved the coffin a few days later, and Pétain was ceremoniously reburied with a Presidential wreath on his coffin, but on the Île d’Yeu as before. 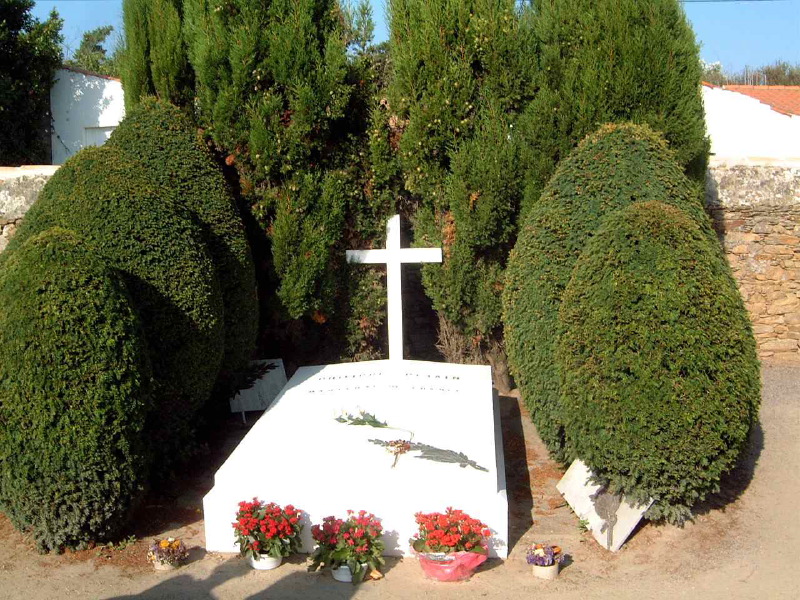