Tankgunner, Irish Guards. One of the first killed near Valkenswaard, coming into Holland, with the start of Operation Market Garden.

under command of:Lieutenant Brian Wilson, with the III Army of General Brian Horrocks, nicknamed “Jorrocks”. The Irish Guards were the first to cross the Dutch border, (see Jack Brook)

had started. The 16 leading tanks, commanded by Lieutenant Keith Heathcote, drove with 8 miles an hour over the narrow Luikerweg from Neerpelt Belgium, towards Valkenswaard.

Battlegroup with Kampfgruppe Erich Walther, were waiting one mile away behind the house of Marinus de Brouwer, a local guy and the first nine tanks were switched out with Panzerfausts, bazookas

and many British were killed in the first minutes  some escaped in the woods and dishes around.when they were on the defensive, the Germans had an extraordinary ability to form ad hoc “Kampfgruppen” or, “battle groups” of almost any size, led by the most senior officer, or even NCO, non commissioned officer, available. Each Kampfgruppe could be created out of a larger formation or from a variety of smaller units or parts of units and it could take any shape and absorb soldiers from all arms. A larger number of thes were formed during the course of Market Garden and proved to be highly effective. Helmutt Kerutt survived the war and died 02-09-2000, aged 84, in Bornheim. Rheinland-Pfalz 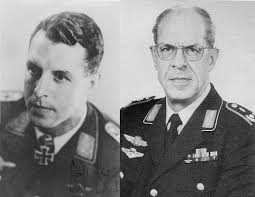 , and was later, age 33, buried on the British war cemetery of Valkenswaard

close by the spot of his destiny, 222 soldiers are buried on this cemetery. The advance to Arnhem through my birthtown Eindhoven (see About) would be too slow and too bloody and the defeated remaining British Airbornes in Oosterbeek of the 1st British Airborne Division

had to withdraw over the river Rhine in the night of 24th September, Operation Market Garden was a failure. Another soldier killed there was Walter Batchelor, age 23, a 15th King’s Royal Hussar 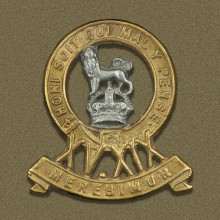 During World War II the Irish Guards lost a total 59 officers killed, 114 officers wounded, 645 other ranks killed and 1.464 other ranks wounded. During this time the following medals were awarded 2 Victoria Crosses, 17 Distinguished Service Orders, 33 Military Crosses, 18 Distinguished Conduct Medals, 72 Military Medals and 110 Mentions in Despatches. The temporary grave picture and the Parkes photo are copyright of “After the Battle” magazine.