His family was originally from Kilrush, County Clare, where they were the local landlords. He was commissioned into the Irish Guards

during Operation Market-Garden (see About Us). Brian Horrocks died old age 89, on 04-01-1985, in Chichester.
John Vandeleur’s Irish Guards took the bridge over the Maas–Scheldt Canal in the Belgian city of Lommel just south of the Belgian–Dutch border. This was the first success to reach the bridge of Valkenwaard (see Jack Brook)  (see William Parkes) in the Netherlands. 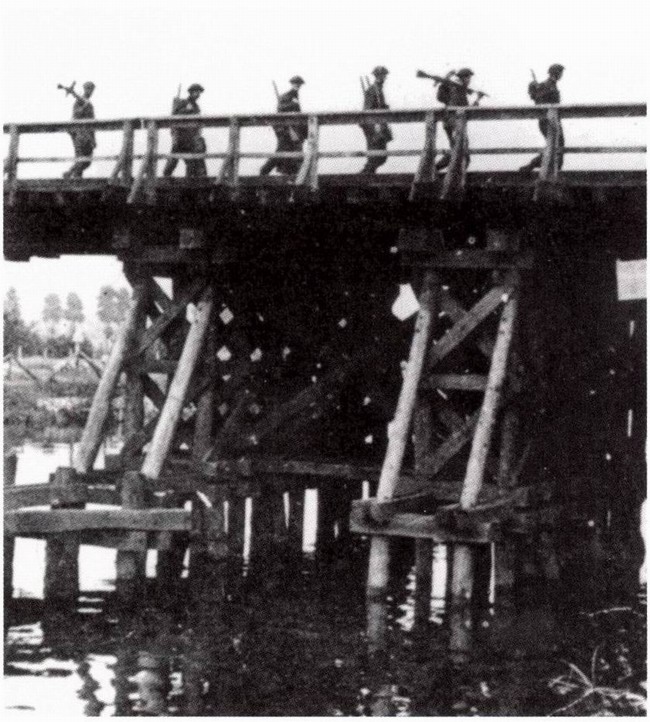 Joe’s Bridge — is the nickname given to Bridge No.9 on the Maas–Scheldt Canal in the Belgian city of Lommel just south of the Belgian–Dutch border. His cousin Lieutenant-Colonel Giles Vandeleur

, their grandfathers were brothers, was acting Commanding Officer of the 2nd Armoured Battalion Irish Guards. Giles died age 66, on 09-03-1976. He went on to command the 129th Brigade

He retired from the Army in 1951 and returned for the festivities in 1963. He lived out his life after the war in a magnificent manor house in Pinkneys Green, near Maidenhead in Berkshire. John Vandeleur died in Maidenhead, England on 04-08-1988, age 83.

He is buried on the Brookwood Cemetery. His grave is marked by a simple headstone inscribed only “J.O.E. V 1903 – 1988” and underneath “Once an Irish Guardsman”.