Sir Kieth's ashes were scattered in the air into the Waitemata harbour.

Park, Keith Rodney “The Skipper”, born 15-06-1892 in Thames, New Zealand. He was the son of a Scottish geologist for a mining company. An undistinguished young man, but keen on guns and riding, Keith Park was educated at King’s College, Auckland until 1906 and then at Otago Boys’ High School, Dunedin where he served in the cadets. Later he joined the Army as a Territorial soldier in the New Zealand Field Artillery. In 1911, at age 19, he went to sea as a purser aboard collier and passenger steamships, earning the family nickname “skipper”. When the First World War broke out, Park left the ships and joined his artillery battalion. As a non-commissioned officer, he participated in the landings at Gallipoli in April 1915, going ashore at Anzac Cove. In the trench warfare that followed, Park’s achievements were recognized and in July 1915 he gained a commission as second lieutenant. He commanded an artillery battalion during the August 1915 attack on Suvla Bay and endured more months of squalor in the trenches. At this time Park took the unusual decision to transfer from the New Zealand Army to the British Army, joining the Royal Horse and Field Artillery. Park was evacuated from Gallipoli in January 1916. The battle had left its mark on him both physically and mentally, though later on in life, he would remember it with nostalgia. He particularly admired the ANZAC commander, Sir William Birdwood

, whose leadership style and attention to detail would be a model for Park in his later career. Birdwood died age 85 on 17-05-1951 in England. After the hardship at Gallipoli, Park’s battalion was shipped to France to take part in the Battle of the Somme. Here he learned the value of aerial reconnaissance, noting the manner in which German aircraft were able to spot Allied artillery for counter-fire and getting an early taste of flight by being taken aloft to check his battalion’s camouflage. On 21 October 1916, Park was blown off his horse by a German shell. Wounded, he was evacuated to England and medically certified “unfit for active service,” which technically meant he was unfit to ride a horse. After a brief remission recovering from his wounds, recuperating and doing training duties at Woolwich Depot, he joined the Royal Flying Corps (RFC) in December 1916. By the end of the war the strain of command had all but exhausted Park, but he had achieved much as a pilot and commander. He had earned a bar to his Military Cross, the Distinguished Flying Cross and the French Croix de Guerre. His final tally of aircraft claims was five destroyed and 14 (and one shared) “out of control”. (His 13th “credit” of 05-09-1917 was Lieutenant Franz Pernet of Jasta Boelcke 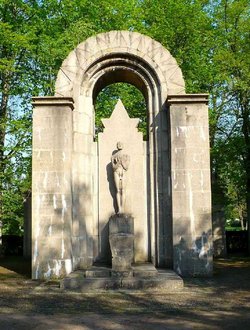 a stepson of General Erich Ludendorff. The jagdstaffeln (often abbreviated to jastas. Boelcke crashed age 26 on 28-10-1916 near Douai.Park was also shot down twice during this period. After the Armistice he married the London socialite Dorothy “Dol” Parish. Later on, Park commanded RAF stations and was an instructor before promotion to Air Commodore and an appointment as Senior Air Staff Officer at Fighter Command under Air Chief Marshal Sir Hugh Dowding in 1938. Promoted to the rank of air vice marshal, Park took command of No. 11 Group RAF, responsible for the fighter defence of London and southeast England, in April 1940. He organized fighter patrols over France during the Dunkirk evacuation and in the Battle of Britain (see Bomber Harris) his command took the brunt of the Luftwaffe’s air attacks. Flying his personalised Hawker Hurricane around his fighter airfields during the battle, Park gained a reputation as a shrewd tactician with an astute grasp of strategic issues and as a popular “hands-on” commander. Park’s No. 11 Group RAF were coordinated by fighter controllers in the No. 11 Group Operations Room in the underground bunker, now known as the Battle of Britain Bunker at RAF Uxbridge. Park himself was not based in the bunker but did visit to impart his wisdom at numerous key points during the battle, along with visits from the Royal Family and Winston Churchill. Among the many air battles fought over Britain, Park personally commanded RAF forces on several important dates; 13 August (Adlertag), 18 August (The Hardest Day) and the 15 September (Battle of Britain Day). While overseeing the operations at RAF Uxbridge, Air Vice-Marshal Park stayed in a house opposite the entrance to the bunker. He used a small door to get from the house each day to the bunker. In January 1942 Park went to Egypt as Air Officer Commanding, where he built up the air defence of the Nile Delta

. In July 1942, following growing concern over the German and Italian attacks on Malta, he returned to action, commanding the vital air defence of the island. From there his squadrons participated in the North African and Sicilian campaigns. In January 1944 he was made Air Office Commanding-in-Chief Middle East Command. In June 1944, Park was considered by the Australian government to command the RAAF, because of rivalry between the nominal head, Chief of the Air Staff Air Vice Marshal George Jones

, but General Douglas MacArthur said it was too late in the war to change. Jones died old age 24-08-1992, age 95 in Melbourne, Victoria and Bostock died age 76 on 28-04-1968 in Benalia, Victoria. In February 1945 Park was appointed Allied Air Commander, South-East Asia, where he served until the end of the war. Park was made a Commander of the American Legion of Merit in 1947. On leaving the Royal Air Force, Park personally selected a Supermarine Spitfire to be donated to the Auckland War Memorial Museum, New Zealand. This aircraft is still on display today along with his service decorations and uniform. Park retired and was promoted to Air Chief Marshal on 20-12-1946 and returned to New Zealand, where he took up a number of civic roles and was elected to the Auckland City Council.

Death and burial ground of Park, Keith Rodney “The Skipper”.

He lived in New Zealand until his death on 06-02-1975, aged 82 years. Sir Kieth’s ashes were scattered in the air into the Waitemata harbour. 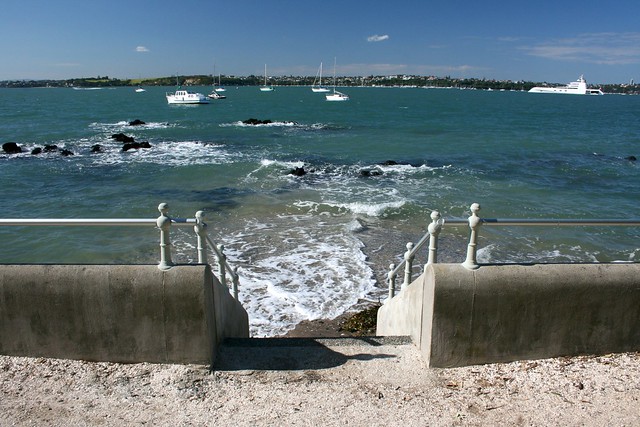