WW I warrior and was Conservative Prime Minister of the United Kingdom. 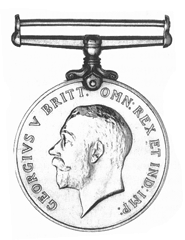 Macmillan, Maurice Harold, born 10-02-1894, at 52 Cadogan Placein Chelsea, London, to Maurice Crawford Macmillan (1853–1936), publisher, and Helen (Nellie) Artie Tarleton Belles (1856–1937), artist and socialite, from Spencer, Indianain the United States. He had two brothers, Daniel, eight years his senior, and Arthur, four years his senior. His paternal grandfather, Daniel MacMillan (1813–1857), was the son of a Scottish crofterwho founded Macmillan Publishers. Macmillan served with distinction as a captain in the Grenadier Guards  during the First World War, and was wounded on three occasions. During the Battleof the Somme, he spent an entire day wounded and lying in a slit trenchwith a bullet in his pelvis, reading the classical Greek playwright Aeschylusin the original language. Macmillan spent the final two years of the war in hospital undergoing a long series of operations, and saw no further active service.

His hip wound took four years to heal completely, and he was left with a slight shuffle to his walk and a limp grip in his right hand from a separate wound. As was common for contemporary former officers, he continued to be known as ‘Captain Macmillan’ until the early 1930s. In the Second World War Macmillan at last attained office, serving in the wartime coalition government as the Parliamentary Secretaryto the Ministry of Supply from 1940 to 1942. The task of the department was to provide armaments and other equipment to the British Armyand Royal Air Force. Macmillan travelled up and down the country to co-ordinate production, working with some success under Lord Beaverbrookto increase the supply and quality of armoured vehicles. Macmillan was appointed as Under-Secretary of State for the Coloniesin 1942, in his own words, ‘leaving a madhouse in order to enter a mausoleum’ Though a junior minister he was sworn of the Privy Counciland spoke in the House of Commonsfor successive Colonial Secretaries Lord Moyneand Lord Cranborne. Macmillan was given responsibility for increasing colonial production and trade, and signalled the future direction of British policy when in June 1942 he declared: The governing principle of the Colonial Empireshould be the principle of partnership between the various elements composing it. Out of partnership comes understanding and friendship. Within the fabric of the Commonwealthlies the future of the Colonial territories. Macmillan attained real power and Cabinet rank upon being sent to North Africa in 1942 as British government representative to the Allies in the Mediterranean,

reporting directly to Prime Minister Sir Winston Churchill over the head of the Foreign Secretary, Anthony Eden. During this assignment Macmillan served as liaison and mediator between Churchill and US General Dwight Eisenhower in North Africa, building a rapport with the latter that would prove helpful in his later career. As minister resident with a roving commission, Macmillan also the minister advising General Keightley  of V Corps, the senior Allied commander in Austria responsible for Operation Keelhaul, which included the forced repatriation of up to 70,000 prisoners of war to the Soviet Union and Josip Broz Tito’s Yugoslavia in 1945.

General Keightley died age 72 on 17-06-1974. The deportations and Macmillan’s involvement later became a source of controversy because of the harsh treatment meted out to Nazi collaborators and anti-partisans by the receiving countries, and because in the confusion V Corps went beyond the terms agreed at Yalta and Allied Forces Headquarters directives by repatriating 4000 White Russian troops and 11,000 civilian family members who could not properly be regarded as Soviet citizens.

Macmillan returned to England after the European war and was Secretary of State for Air for two months in Churchill’s caretaker government, ‘much of which was taken up in electioneering’, there being ‘nothing much to be done in the way of forward planning’. He felt himself ‘almost a stranger at home’, and lost his seat in the landslide Labour victory of 1945, but soon returned to Parliament in a November 1945 by-election in Bromley. Anthony Eden resigned as prime minister in January 1957.

Harold Macmillan, 1st Earl of Stockton, died on 29-12-1986, at Birch Grove, Macmillan family mansion on the edge of Ashdown Forest near Chelwood Gate in East Sussex. He was aged 92 years and 322 days, the greatest age attained by a British Prime Minister until surpassed by James Callaghan on 14-02-2005.

His grandson and heir Alexander, Viscount Macmillan of Ovenden, said: ‘In the last 48 hours he was very weak but entirely reasonable and intelligent. His last words were, “I think I will go to sleep now” Macmillan is buried on the cemetery of St Giles’ Church, Horsted Keynes.