Actor and landing craft commander landing on Sicily and Elba in WWII. 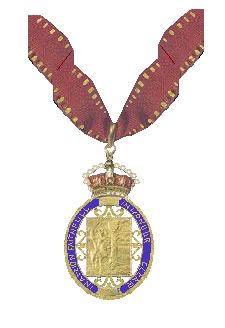 was an English actor, known for his role as Colonel Nicholson in The Bridge on the River Kwai. Guinness was born at 155 Lauderdale Mansions South, Maida Vale, London as Alec Guinness de Cuffe. His mother’s maiden name was Agnes Cuff. She was born 08-12-1890 to Edward Cuff and Mary Ann Benfield. On Guinness’s birth certificate, the space for the mother’s name shows Agnes de Cuffe. The space for the infant’s name (where first names only are given) says Alec Guinness. The column for name and surname of father is blank. It has been frequently speculated that the actor’s father was a member of the Anglo Irish Guinness. However, it was a Scottish banker, Andrew Geddes (1861-1928), who paid for Guinness’s private school education. From 1875, under English law, when the birth of an illegitimate child was registered, the father’s name could be entered on the certificate only if he were present and gave his consent. Guinness and Geddes never met, and the identity of Guinness’s father has never been confirmed. Guinness was uninterested in his mother, who later had a short marriage to a violent, shell shocked veteran of the Irish War of Independence.  Alec Guinness with his fiance Merula Salaman 19-05-1938

and here with his son Matthew in London

. They met while both working for John Gielgud’s stage company at the Queen’s Theatre in London. Guinness made his debut at the Albery Theatre in 1936 at the age of 22, playing the role of Osric in John Gielgud’s successful production of Hamlet. An early influence from afar was Stan Laurel,

whom Guinness admired. Stan Laurel died age 74, on 23-02-1965, in Santa Monica. Stan Laurel is one of my favorites actors too. Guinness served in the Royal Navy Volunteer Reserve

serving first as a seaman in 1941 and being commissioned the following year. He commanded a landing craft

taking part in the invasion of Sicily and Elba and later ferried supplies to the Yugoslav partisans. The Allied invasion of Sicily, code named Operation Husky, was a major World War II campaign, in which the Allies took Sicily from the Axis, Italy and Nazi Germany.

It was a large scale amphibious and airborne operation, followed by six weeks of land combat. It launched the Italian Campaign. Operation Husky began on the night of 9/10-07-1943, and ended 17 August. Strategically, Husky achieved the goals set out for it by Allied planners. The Allies drove Axis air, land and naval forces from the island; the Mediterranean’s sea lanes were opened and Italian dictator Benito Mussolini

was toppled from power. It opened the way to the Allied invasion of Italy. The overall commander was the American General Dwight “Ike”Eisenhower as Commander-in-Chief of Allied Forces North Africa. The British General Sir Harold Alexander acted as his second in command and as the Land Forces commander. The American Major General Walter Bedell Smith was appointed as Chief of Staff. During the war, Guinness appeared in Terence Rattigan’s West End play for RAF Bomber Command, Flare Path.

Guinness died on 05-08-2000, old age 86, from liver cancer, at Midhurst in West Sussex. He had been receiving hospital treatment for glaucoma and had recently also been diagnosed with liver cancer. He was interred in Petersfield, Hampshire, England.