General der Infanterie. The command of the L Army Corps. 31.03.1943, retired from the Wehrmacht. 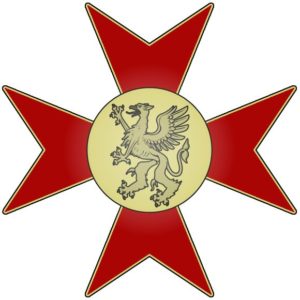 germanyGeneralWehrmacht
Booking.com
Böckmann, Herbert Ernst Adolf Wilhelm von, born on 24-07-1886 in Bremen, was a German General who commanded the L Armeekorps during World War II. He was also a recipient of the Knight’s Cross of the Iron Cross. He joined the Army on 14-03-1905 at the age of 19, in the 1st Badische Leib Grenadier Regiment 109

in Karlsruhe, as a Fähnrich. He came to the war academy and entered World War I as a pilot of the 8th Field Flyer Regiment. Böckmann was in the “Freikorps Hülsen ” after the war, like many infatuated WWI soldiers and from 01-10-1920 allowed in the new Reichswehr.

was on the Western Front. Last commander of this division during the war was Generalmajor der Infanterie, Commander of the 11th Infantry Division, Gerhard Feyerabend.

Assigned to Generalgeneral on 01-08-1940, he was involved in the invasion of Russia. He landed in the Führer Reserve (see Adolf Hitler) (did you know) from 09-03-1942 to 19-04-1942 and became the command of the L Army Corps. Already on 20-07-1942 he lost this command and again in the Führer Reserve. Chief of the Army Personal Office, General der Infanterie, died after bomb attack in the Wolfsschanze, Rudolf Schmundt

, advised Hitler to retire Böckmann as being not very useful for the new warfare.

He was indeed retired on 31-03-1943, at the young age of 56. His son Werner a Oberleutnant was killed in Russia, age 25, also in 1943. Herbert Böckmann lived after the war in Baden Baden, as General der Infanterie, Kommandeur der XXV Korps, Friedrich von Choltitz

He died at the old age of 87, on 10-03-1974 in Baden Baden and is buried on the cemetery of Lichtenthal in Baden Baden. Field Marshal Friedrich Paulus, Stalingrad disaster,

is buried on the Hauptfriedhof of Baden Baden. The Generalmajor der Infanterie, Field Commander, Eugen Bilharz

are buried her also.