2* Major General and command of the 3rd Marine Division.

Was buried on the American cemetery in New Caledonia. Following the war, he was reinterred in Arlington National Cemetery, Section 8-Grave 5184-WS. 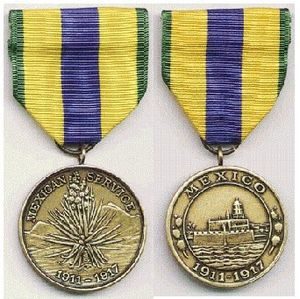 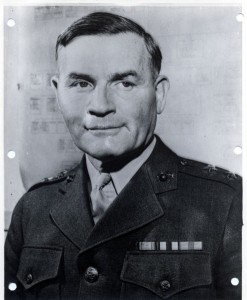 Barrett, Charles, born 16-08-1885, at Henderson, Kentucky, was the fifth of six children to Kate Waller Barrett (1857–1925) and Reverend Robert South Barrett (1851–1896). He graduated from high school in Alexandria, Virginia and  was commissioned a U.S. Marine Corps second lieutenant on 11-08-1909, age 24. He was assigned duty at the Marine Officers School, Port Royal, South Carolina, the following month. In January 1911, he began a few months duty at the Marine Barracks, Boston, Massachusetts, and was detached on 23-05-1911 to report to the U.S. Naval Academy, Annapolis, Maryland, to command the Marine detachment aboard the USS Indiana. On 03-09-1911, he transferred to the USS New Jersey. 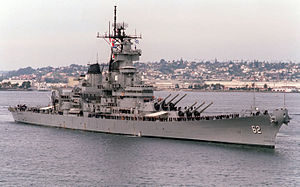 Barrett landed with the detachment of the USS New Jersey at Vera Cruz, Mexico, on 22 April 1914, and participated in the capture of that city. He was detached from the New Jersey on 13-12-1914 to the Marine Barracks, Norfolk, Virginia.

Barrett’s World War I duty included detached service with the United States Army in France from 25-09-1918. He participated in the Meuse-Argonne Offensive of November 1–3, 1918, and in the spring of 1919 was in command of the 2nd Battalion, 367th Infantry at LeMans, France. Detached from the Army in April, he reported to the Commanding General, 4th Brigade, Marines, at Nieder Bieber, Germany, and was detailed as Adjutant from 11, April. He arrived back in the United States on 03-08-1919.

From 1921–1922, General Barrett served in Santo Domingo and from 1924–27 was a member of the American Battle Monuments Commission, Washington, D.C. He then returned to France to study at the Ecole de Guerre in Paris, and from 1929–33 served as an instructor at the Marine Corps Schools, Quantico, Virginia. During the next two years, he was assigned to the Division of Operations and Training, Headquarters Marine Corps, Washington, and from 1935–36 served aboard ship as Division Marine Officer of Battleship Division 4, U.S. Battle Force.

Upon completion of sea duty with the Battle Force, the Barrett spent two and one-half years in the War Plans Section, Office of the Chief of Naval Operations, Washington, D.C.; and from August 1939 to June 1940, commanded the 5th Marines

, 1st Marine Brigade, Fleet Marine Force. He returned to Headquarters, Washington, in July 1940, serving first as Director of the Division of Plans and Policies. Later, he served as Assistant to the Commandant of the Marine Corps, Lieutenant General Thomas Holcomb, from November 1941 to March 1942.

In March 1942, General Barrett assumed command of the 3rd Marine Brigade, and the following month embarked with the Brigade for Samoa, where he welded his command into a fighting unit. 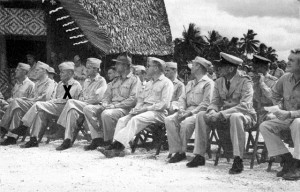 He was ordered to the United States in September 1942 to assume command of the 3rd  Marine Division, then being organized at Camp Elliott, San Diego, California, and was promoted to Major General on assuming this command. Major General Barrett was the 3rd Marine Division’s first commander.

Early in 1943, he embarked with elements of the 3rd Marine Division, nickname “Fighting Third”

for Auckland, New Zealand. By August 1943, he had all the major units of his division stationed on Guadalcanal, training intensively for the Bougainville operation. The fighting on Iwo Jima would cost the 3rd Marine Division 1.131 killed in action and another 4.438 wounded. 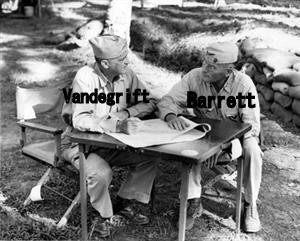 Before leaving to succeed Holcomb as commandant, Vandegrift (left) spent a month with Barrett (right) preparing for the handover of IMAC command responsibilities, including the Bougainville invasion. 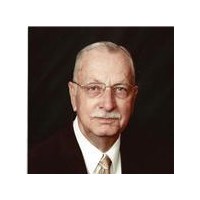 On 15-09-1943, General Barrett relinquished command of the 3rd Marine Division; and on 27-09-1943, Major General Barrett replaced Lieutenant General Alexander Archer  Vandegrift as the Commanding General of the First Marine Amphibious Corps (IMAC) (headquartered on Nouméa, New Caledonia) when Vandegrift was to return to Washington, D.C. to become the 18th Commandant of the Marine Corps. In this capacity, he continued with the planning for the assault on Bougainville until his death three weeks later. According to official accounts, he was accidentally injured following a cerebral hemorrhage and died, age 58 on 08-10-1943 at the base hospital. General Barrett was buried in the American cemetery in New Caledonia. Following the war, he was reinterred in Arlington National Cemetery, Section 8.

The General’s death has always been somewhat shrouded in mystery, but there is evidence that his death was actually a suicide, committed the day after he was fired as IMAC CG by Admiral William Frederic Halsey. 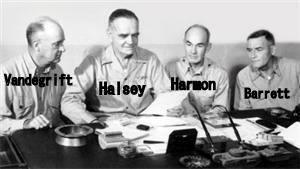 The general fell out of the second floor window of his residence at Nouméa and the inquest ruled the death accidental and related to a possible cerebral hemorrhage. However, the interior window sill was four feet above the floor and a chair was found placed next to it which Barrett apparently used as a step to jump out the window. The sudden death of General Barrett resulted in Vandegrift’s recall to the Pacific to resume command of IMAC. 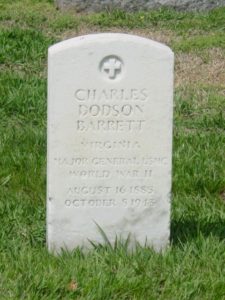 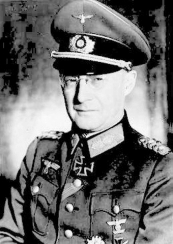 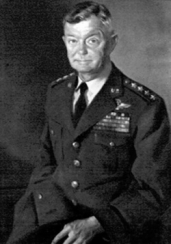 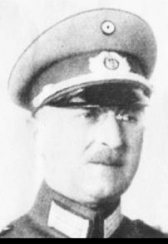 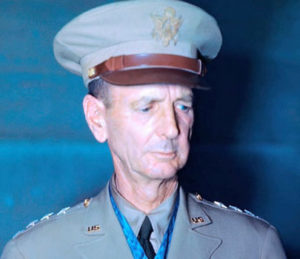