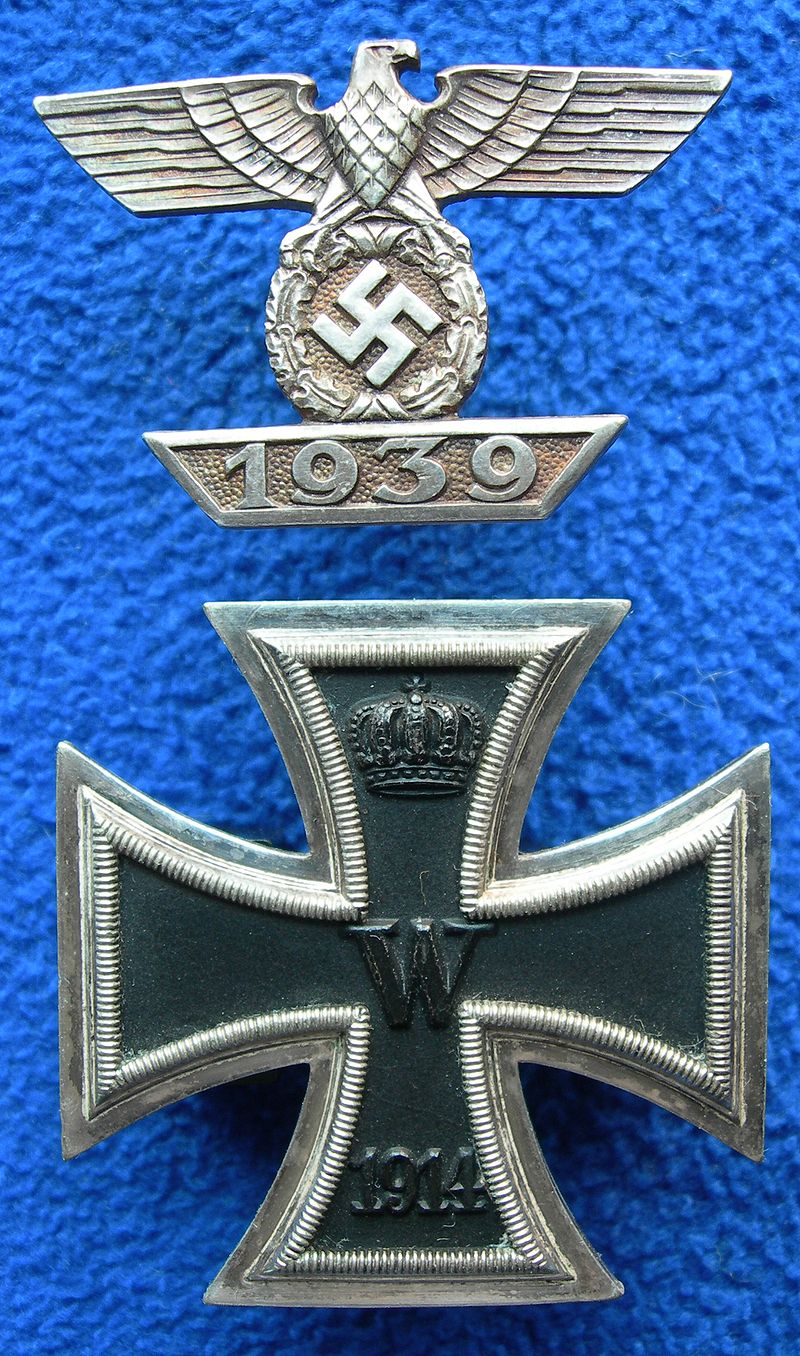 into a family with a long history of military service. His father was Walter von Lüttwitz

. He joined the military service during the mobilization on 03-08-1914 as an officer cadet in the Leib-Dragonerregiment, 2nd Großherzoglich Hessisches Nr. 24

in Darmstadt. Fähnrich von Lüttwitz was posted to the Eastern Front and saw combat at Tannenberg, Courland and Düna. He was severely wounded twice in 1915 and received the Iron Cross 1st Class.

He was commissioned as a Leutnant on 16-06-1915, effective as of 10-08-1914. In 1916, after his brother was killed in action as chief of a Jägerkompanie, von Lüttwitz was transferred to a staff position with the X. Armeekorps in the Heeresgruppe Kronprintz for two years. The corps was under the command of his father Generalleutnant Walther von Lüttwitz

. His father, a recipient of the Pour le Mérite with Oak Leaves,

was one of the most highly decorated Generals of the German Empire and died age 84 on 20-09-1942 in Breslau. Smilo von Lüttwitz returned to front line duty in 1918 as an adjutant with the Darmstädter Dragoner in the temporary occupation of the Ukraine and southern Russia. By the end of World War I he had received both classes of the Iron Cross and the wound badge in silver. Lüttwitz reactivated in the Army as the Chief of the 1st Group of the 6th Cavalry Regiment in 1931. At the beginning of World War II he as a Major was the Adjutant of the XV Army Corps, under command of Generaloberst Hermann Hoth

until 06-07-1944 and succeeded by Generalleutnant der Panzertruppe, Dr. Hans Boelsen

In Padule di Fucecchio in Italy 162 civilians were killed by soldiers from Panzer-Aufklärungs-Abteilung 26 in retaliation for a partisan attack 23-08-1943. Divisional commander General

and the battalion commander Rittmeister, Josef Strauch was convicted of this crime post-war. General Eduard Crasemann sentenced to 10 years, spent the rest of his life in prison. He died age 59, on 29-04-1950. There were a total of 174 victims: 113 male victims, including 13 toddlers, 4 adolescents and 96 adults (including 31 men over 55 years old)61 female victims, including 10 young children, the youngest of whom were only a few weeks old, 6 adolescents, 45 adults (including 6 women over 55 years old).  Von Lüttwitz then was Commanding General of the XXXXVI Panzer Corps to 28-08-1944 and commander of the 9th Army to 09-01-1945. His last command was as Commanding General of the LXXXV Army Corps and succeeded General der Infanterie, Friedrich Schack.

Von Lüttwitz retired in Bad Godesberg where he at the age of 79 died, on 19-05-1975 and is buried on the cemetery of Rüngsdorf in Bad Godesberg, only steps away the graves of Fleet Admiral,  Kommandeur Kreuzer Admiral Scheer, Ernst Thienemann,

SS Oberführer, Höhere SS and Polizei Führer in the General Government, accused of accessory against Jews and Poles, Wilhelm Koppe,