Code talkers are people in the 20th century who used obscure languages as a means of secret communication during wartime. The term is now usually associated with the United States soldiers during the world wars who used their knowledge of Native American languages as a basis to transmit coded messages. In particular, there were approximately 400–500 Native Americans in the United States Marine whose primary job was the transmission of secret tactical messages. Code talkers transmitted these messages over military telephone or radio communications nets using formal or informally developed codes built upon their native Languages. Their service improved the speed of encryption of communications at both ends in front line operations during World War II.

The name code talkers is strongly associated with bilingual Navajo speakers specially recruited during World War II by the Marines to serve in their standard communications units in the Pacific Theatre. Code talking, however, was pioneered by Cherokee and Choctaw Indians during World War I.

Other Native American code talkers were deployed by the United States Army during World War II, including Lakota, Meskwaki, and Comanche soldiers. Soldiers of Basque ancestry were also used for code talking by the U.S. Marines during World War II in areas where other Basque speakers were not expected to be operating. 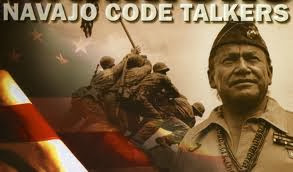 The first known use of Native Americans in the American military to transmit messages under fire was a group of Cherokee troops used by the American 30th Infantry Division serving alongside the British during the Second Battle of the Somme. According to the Division Signal Officer, this took place in September 1918. Their unit was under British command at the time.

The Navajo code talkers received no recognition until the declassification of the operation in 1968. In 1982, the code talkers were given a Certificate of Recognition by U.S. President Ronald Reagan (see Reagan), a WWII veteran himself who also named August 14-08-1982 as “Navajo Code Talkers Day” 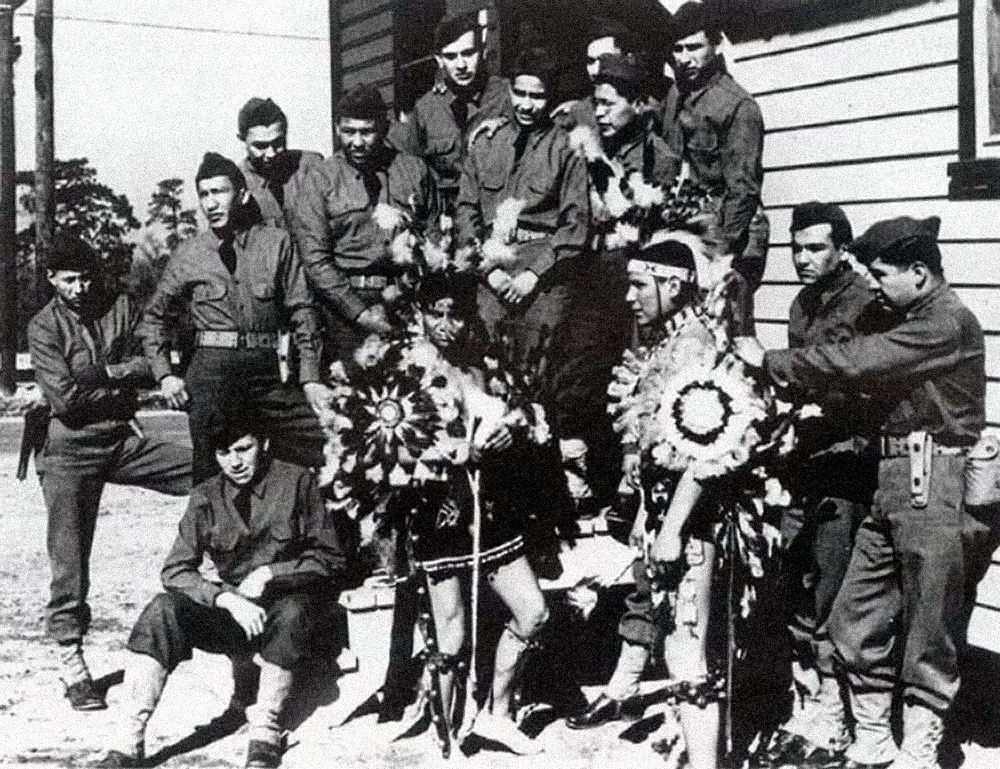