Tinus Osendarp was a football player and started training in sprint for fun. His first international success came at the 1934 European Championships where he won bronze medals in the 200 m and 4 × 100 m relay

. He won another two bronze medals at the 1936 Summer Olympics in Berlin, in the 100 m and 200 m sprint events and was often billed as the world’s fastest white man. The games were held in Nazi Germany, Olympia 1936  and Osendarp gained some fame as the fastest white sprinter behind the black Americans. A possible third medal was lost when Osendarp dropped the baton in the final of the 4 × 100 m relay while fighting for second place. Adolf Hitler refused to shake hands with the black winner Owens 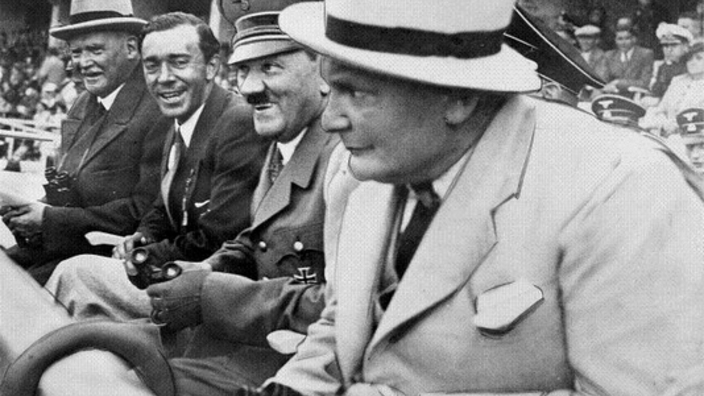 Contested on the second day of the games, drenching rain made the track soggy and slow for the running of the 100 meter dash semi-finals. Despite the unfavorable conditions Osendarp still managed a time of 10.6 s 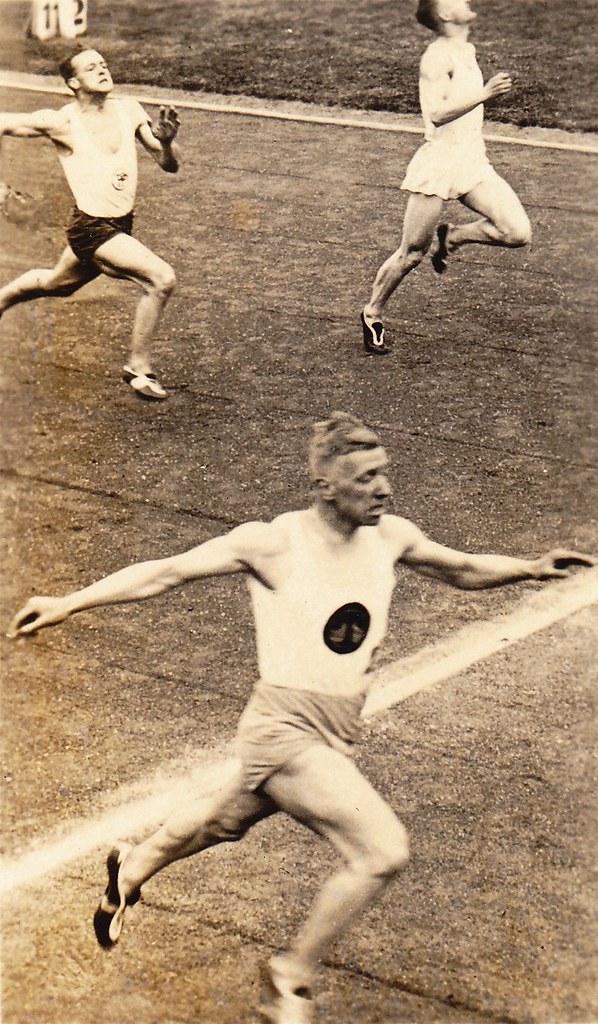 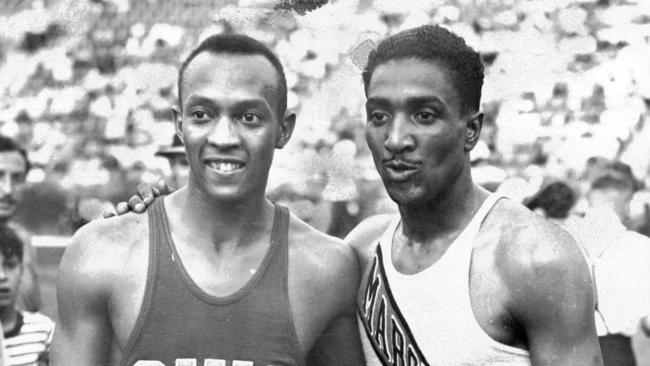 In the 100 m final he ran 10.5 s, behind Americans Jesse Owens. 10.3 s, and Ralph Metcalfe 10.4 s. Upon his return home Osendarp was called “the best white sprinter” by the Dutch press. During the medal ceremony he raised his arm in the Nazi salute.

The basis for his future involvement in National Socialism was laid in Berlin, where he first came under the influence of SS propaganda. In 1938 Osendarp won two European titles in the 100 m and 200 m, equaling the 1934 performance of his compatriot Chris Berger.

Berger died, age 54, on 12-09-1965 in Amsterdam. When Germany occupied the Netherlands in World War II, Osendarp, who was then as a Dutch police officer, became a member of the German Security Service

and was involved with arrests of various resistance fighters, from which several of them died in prison.. He later joined the Dutch national socialist NSB

party and the SS

. When the Wehrmacht marched into Holland in 1940 Osendarp became a member of the volunteer SS and an employee of the Nazi Security Police, helping in the deportation of Dutch Jews. Every betrayed Jew brought in a 7,50 Dutch guilders for the traitor.

In 1948, Osendarp was sentenced for 12 years in jail for acts he committed during the war. He was released early in 1953, but kept working in the mines, unable and unwilling to return to his previous job. He also returned to track and field as a coach for local clubs in Maastricht and Kerkrade, Tinus Osendarp died on 20-06-2002, age 86, in Heerlen.

Elena Rzhevskaya was tasked with a bizarre job: protecting a jewelry box containing the only irrefutable proof of Hitler's death.
Pearl Harbor Heroics.