Erich Hartmann – The World’s Top Ace Of All Time.

ERICH HARTMANN, the world’s top-scoring fighter pilot, shot down the equivalent of almost 15 Allied squadrons in aerial combat. The Russian pilots both feared and hated him, and called him the “Black Devil of Ukraine”. Flying 1,425 missions over the Caucasus, southern Russia, Romantica, Hungary and Czechoslovakia, Hartmann engaged in over 800 dogfights and suffered 16 accidents or equipment failures. Hartmann

was only 17 when the war began. He was born in Weissach, Wurtemberg on April 19, 1922. He was the son of a physician and his mother, a brilliant sportswoman was a pilot and an aviation enthusiast. Erich’s mother taught him to fly, and at the ripe age of 14 he had earned his glider pilot “C” license. He flew powered plane two years later. Upon graduating from college in late 1940, after already passing the university entrance examinations, he joined the army, transferring to the Luftwaffe six months later. An adept pupil, he soloed in less than one month, but experienced three crash landings during the training course. Hartmann reached the front at the age of 20 in late 1942 and didn’t fly during the easy years of 41′ and 42′ in the East. By October, 1942, he was assigned to 7/JG 52 based in Soldatskaya in the Caucasus. Erich was assigned as Rottenflieger, Wingman, for major Walter Krupinski.

Krupinski died age 79, on 07-10-2000 in Neunkirchen. Erich Hartmann first spoiled his leaders attack by going for the kill himself, and then mistook his leader’s Bf 109 for a Russian fighter and fled in panic. At the end of the flight he ran out of fuel and destroyed his plane in a crash landing.

By September 18, 1943, Hartmann had completed 300 missions with 95 victories to his credit. On October 29, he was awarded the Knight’s Cross Of the Iron Cross, for his 148th victory. He was now Staffelkapitän of 7/JG 52,

and recipient of the Knight’s Cross with Oak Leaves, on March 2, 1944, for his 200th victory. With his combat style fully developed, Erich Hartmann rode the crest of success in the summer of 1944.After receiving the Knight’s Cross with Oak Leaves and Swords, on July 4 for his 239th kill, he scored 59 victories in 16 missions, and downed 78 Soviet aircraft in four weeks. He shot down 8 adversaries on August 23, and eleven more the following day for a total of 301 victories! Oberleutnant Hartmann was awarded the Diamonds, to his Ritterkreuz on August 25, 1944.By that time 7/JG 52 had shot down 1,200 Soviet aircraft, more than any other Staffel in the Luftwaffe. After surrendering  his unit in Pisek to members of the US 90th Infantry Division 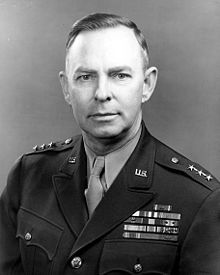 who died age 64, on 14-12-1954. Hartmann was turned over to the Russians by the U.S. authorities. Once the Soviets realized that they had the Black Devil as a prisoner, he was singled out for especially brutal treatment, including long periods of solitary confinement in total darkness. Using every persuasive device known, the Russians could not convert Hartmann to Communism, and get him to join the air force of DDR.

After a mock-up war-crime trial Bubi Hartmann was held in prison for ten years, far longer than the other POW’s. While he was illegally detained in Russia, Hartmann’s 3 1/2-year-old-son, whom he had never seen, died. It was only after Chancellor Adenauer personally visited Moscow in 1955 and arranged for his release that a gaunt and haggard Erich Hartmann was released by his captors, broken in body

but not in spirit. In his later years, after his military career had ended, he became a civilian flight instructor. He died of natural causes on 20 September 1993, age 71.

The Invasion of Crete: The Great Paratroop Invasion.